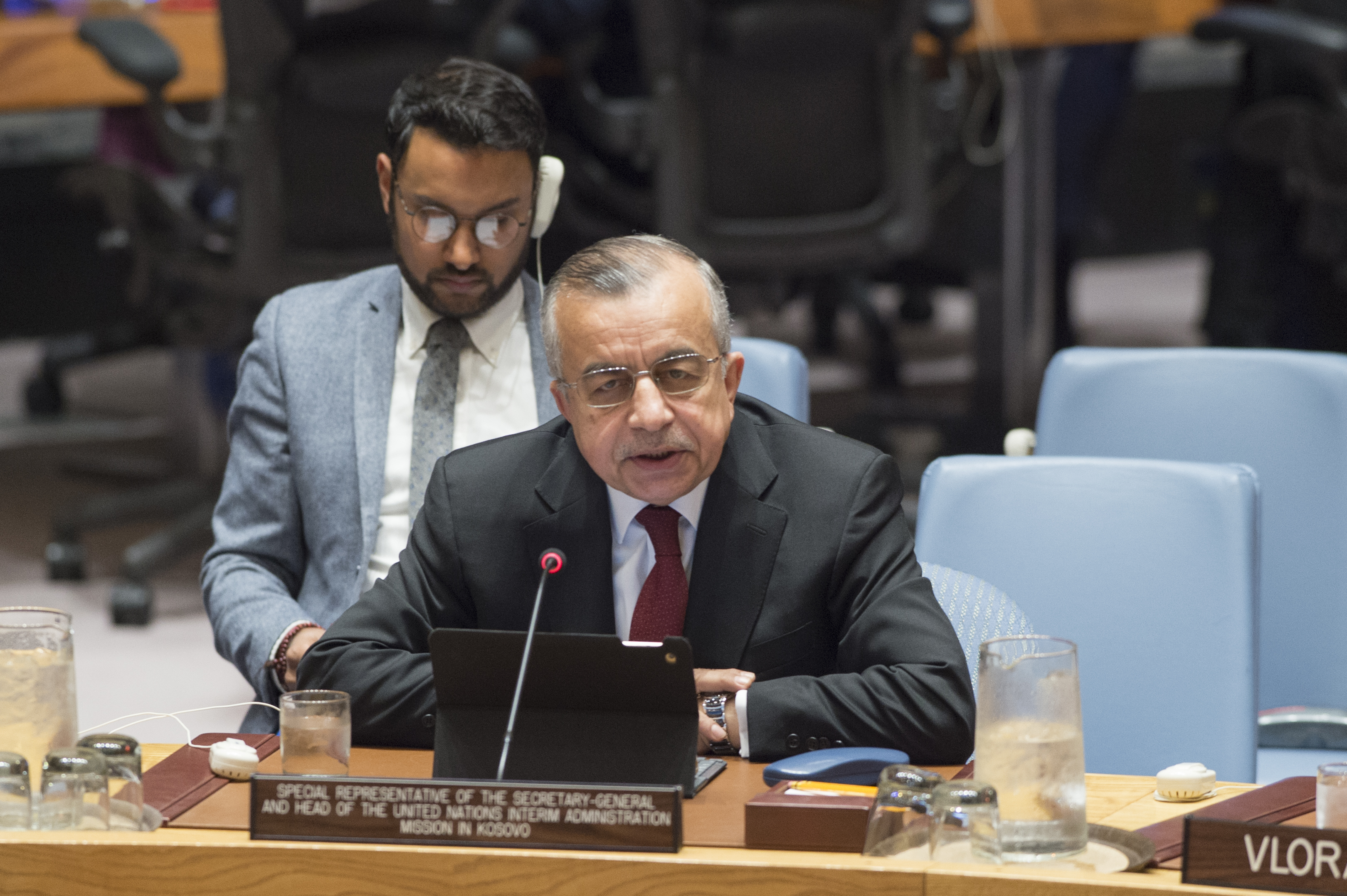 NEW YORK – A flurry of recent intolerant and provocative rhetoric has further damaged the trust between Kosovo and Serbia – a development that must be closely watched – though the situation remains generally stable, the head of the United Nations peacekeeping mission in Kosovo told the Security Council Tuesday, UN stated.

“Escalation has been avoided in several instances due to external diplomatic interventions, but the necessary level of trust between Pristina and Belgrade has been further eroded by a number of irresponsible and inflammatory statements,” said Zahir Tanin, the Secretary-General’s Special Representative and the head of the UN Interim Administration Mission in Kosovo (UNMIK), during a quarterly debate on the situation there.

Kosovo declared its independence in 2008 from Serbia while the latter has not recognized the move.

“Public communications, during this reporting period, unfortunately descended back to intolerant and ethno-nationalist slogans,” said Mr. Tanin said, noting that both sides repeatedly accused one another of provocation, whereas the process of normalisation of relations requires cooperation.

One issue of contention is the extradition of Ramush Haradinaj, leader of the AAK political party from France. The question of regional or sub-regional unions is another issue on which both sides traded barbs.

“Improving the situation in Kosovo and the region requires leadership which transcends ethno-national divisions, rather than amplifying them,” Mr. Tanin said.

On a positive note, the Mitrovica wall dispute was resolved peacefully through negotiations, and the initial determination to form a Kosovo army by legislative amendments has calmed.

On the forthcoming parliamentary election in Kosovo in June, he said the next government, regardless of its composition, would continue to face numerous pressing challenges, but provide opportunities for the renewal of political will and direction, as well as for greater diversity in leadership and representation, for example greater engagement with youth, he said.

Zaev: It is unpleasant how neighboring countries speak about Macedonia