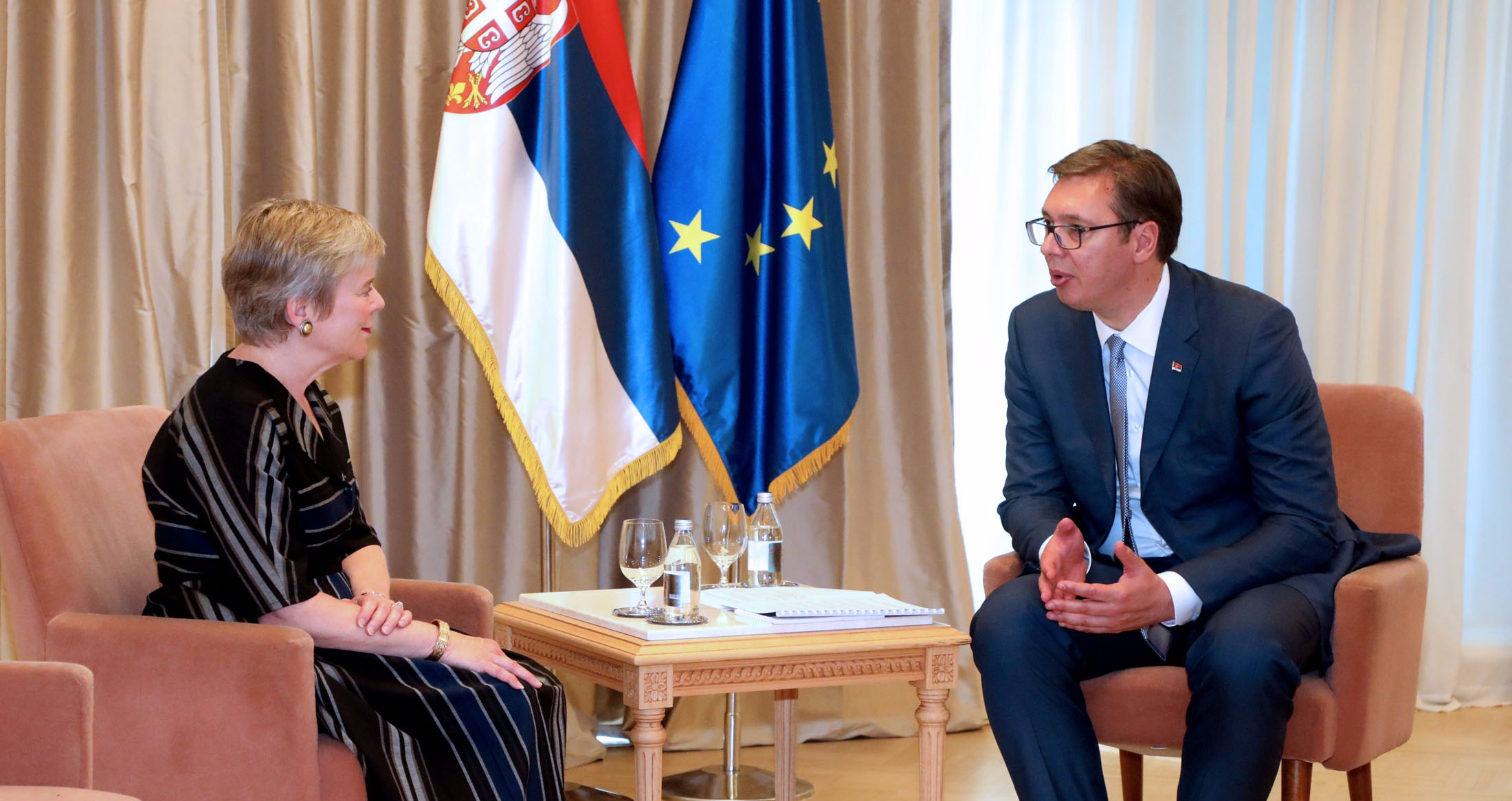 BELGRADE – Meeting with NATO Deputy Secretary General Rose Gottemoeller in Belgrade on Friday, Serbian President Aleksandar Vučić said Serbia was very appreciative of the military alliance’s high level of representation at his inaugural reception, the Presidency of Serbia said in a statement.
“It is another indication of the mutual respect and good cooperation that is developing despite Serbia’s military neutrality”, Vučić noted.

He asked Gottemoeller to convey his regards to NATO Secretary General Jens Stoltenberg, whose measured statements, he said, showed understanding for Serbia’s position and its vital interests.

Vučić expressed gratitude for the role of KFOR as a guarantor of the security of Kosovo-Metohija Serbs.

NATO Deputy Secretary General highlighted that Serbia is key for regional stability in the Western Balkans. The two leaders also discussed cooperation between the Alliance and Serbia, as well as the security challenges facing the Western Balkans, NATO stated.

EU and ILO: Activities on the creation of 620 new jobs begin in BiH