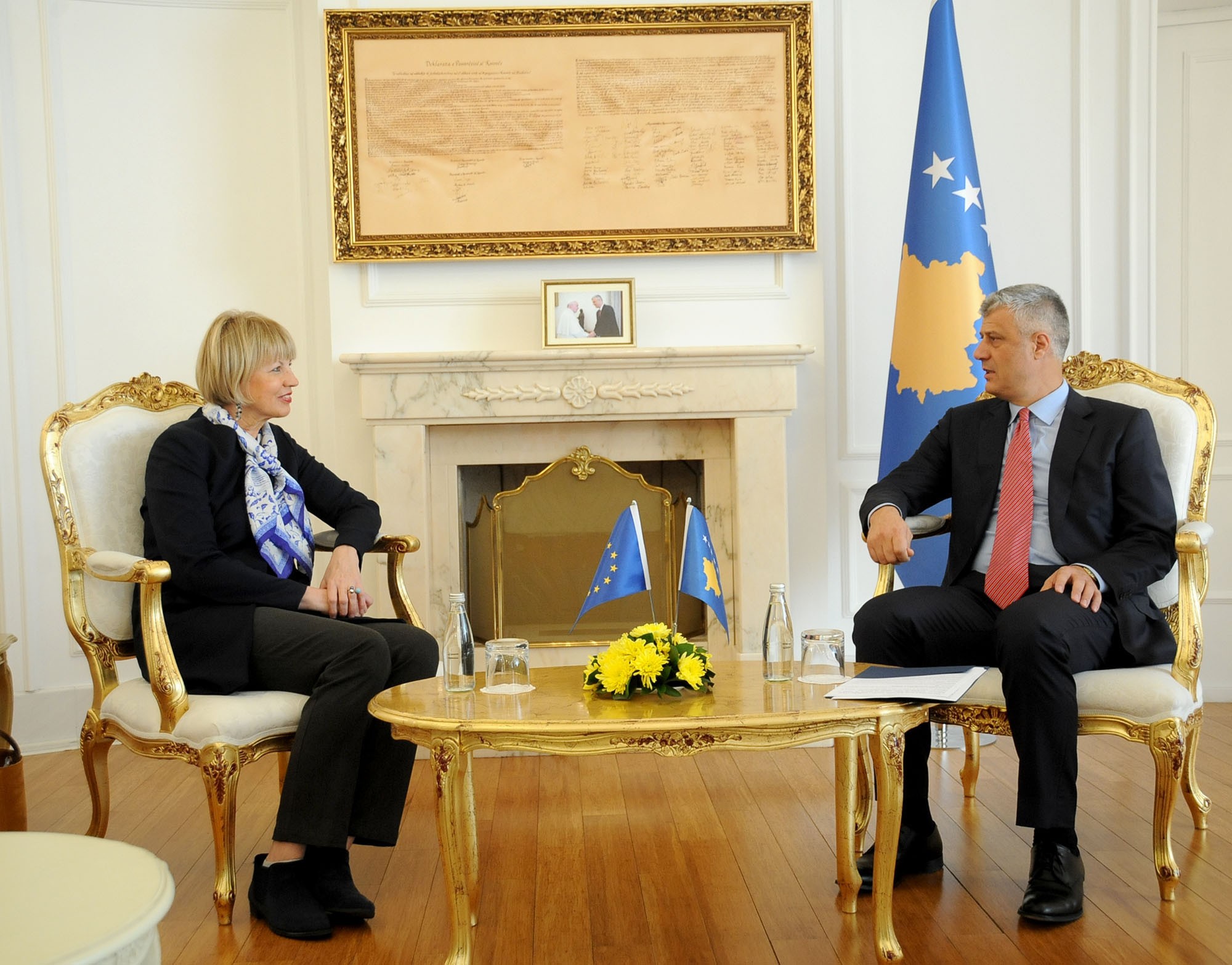 PRISTINA – The President of the Republic of Kosovo, Hashim Thaçi, received today in a meeting the Secretary General of the EEAS, Helga Schmid, with whom she talked about Kosovo’s recent achievements, about the ongoing reforms in Kosovo and the confirmation of the European perspective of Kosovo.

“The successful municipal elections and the swearing in of the judges and prosecutors from the non-majority communities are the latest major steps of Kosovo”, stressed Thaçi.

“We are successfully pursuing reforms in politics, the rule of law and economy, to move as soon as possible, with concrete steps, towards the European Union”, declared the President.

“The dialogue must be turned into a process for reconciliation, friendship and good neighborly cooperation between Kosovo and Serbia”, he continued.

Schmid said that the EU remains committed to the acceptance of the Western Balkans in its bosom and called for intensification of reform efforts in all sectors.

Thaçi stated that Kosovo remains the most pro-European state in the region and welcomes any approaches with the EU.