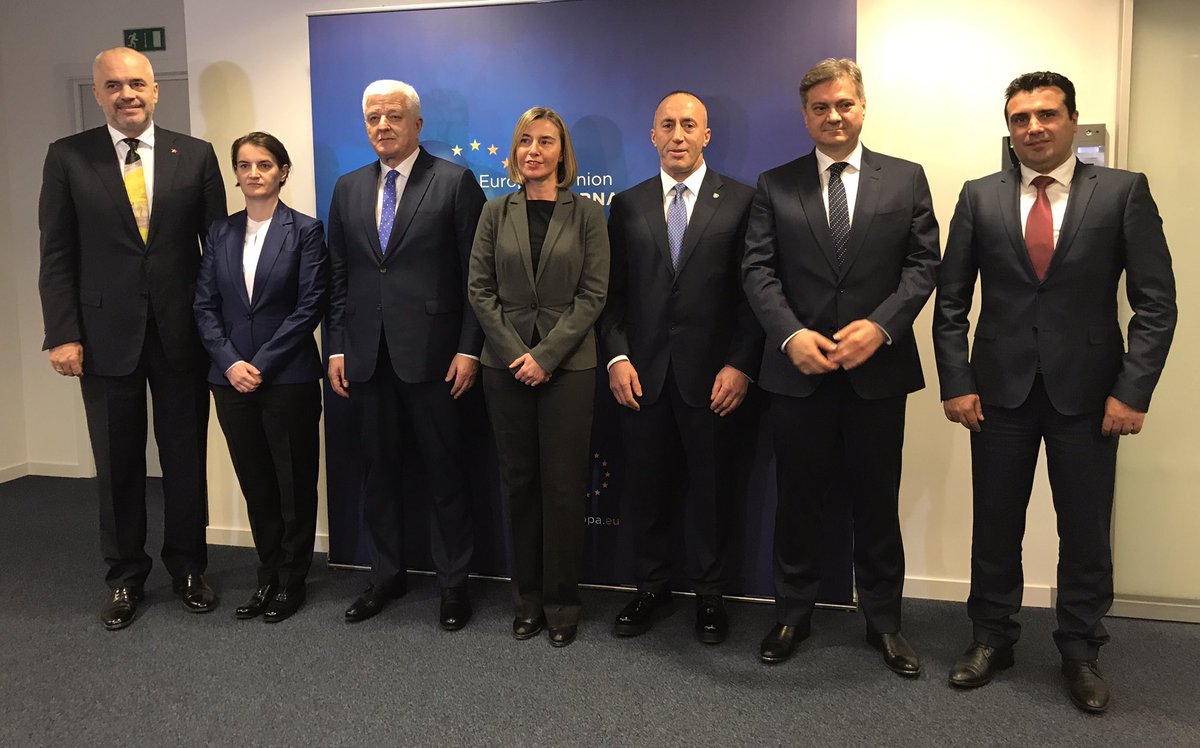 BRUSSELS – Federica Mogherini, High Representative for Foreign Affairs and Security Policy/Vice-President of the European Commission, hosted tonight an informal gathering with the Prime Ministers of the Western Balkans to discuss the situation in the region and in particular the opportunities to advance the region’s European Union integration in 2018.

As clearly confirmed this year, including by the European Council in March and by President Juncker in his September State of the Union address, 2018 will provide a unique opportunity for the region to make irreversible steps forward in its EU integration, provided that the utmost priority is given to the necessary reforms, in particular on rule of law, justice and fundamental rights.

With a renewed dynamic in the EU’s enlargement policy and a chance to make important progress throughout the region, the High Representative underlined the need for all Western Balkans partners to accelerate essential reforms to deliver on their citizens’ expectations and take concrete steps towards EU integration.

The participants underlined their deep determination and interest in strengthening cooperation and good neighbourly relations and in promoting regional understanding. In this context, the importance of the ongoing discussions between Presidents Hashim Thaçi and Aleksandar Vučić to advance in the EU-facilitated dialogue for normalisation of relations between Serbia and Kosovo was highlighted.