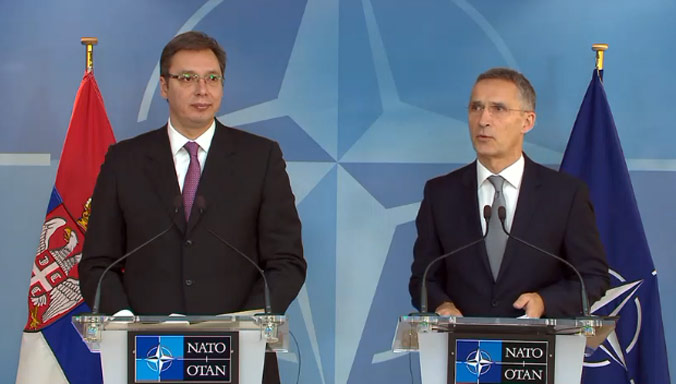 BELGRADE – Belgrade Security Forum will be hosting a conversation between Secretary General of NATO Jens Stoltenberg and President of the Republic of Serbia Aleksandar Vučić on Monday, 8 October 2018 in Hyatt Regency Belgrade.

How will NATO-Serbia relations develop, which are the areas with potential for greater cooperation, and what are the practical benefits for citizens of our country and the region, are the main topics of the dialogue organized by Forum’s founders – the Belgrade Fund for Political Excellence, the Belgrade Center for Security Policy and the European Movement in Serbia.

President of Serbia and NATO Secretary General, moderated by Ms. Sonja Licht, will be discussing what Serbia hopes to achieve by working together with NATO, which are the priorities of this cooperation and how can Alliance’s predominantly negative perception in Serbia’s public opinion change. Also discussed will be NATO’s priorities in the region of Western Balkans, the future of KFOR and NATO’s contribution to ongoing efforts aimed at modernization of Serbian Armed Forces.

The 8th Belgrade Security Forum, under the title “Finding Answers Together to the New Normal” will be held from 17 to 19 October, also in Hyatt.