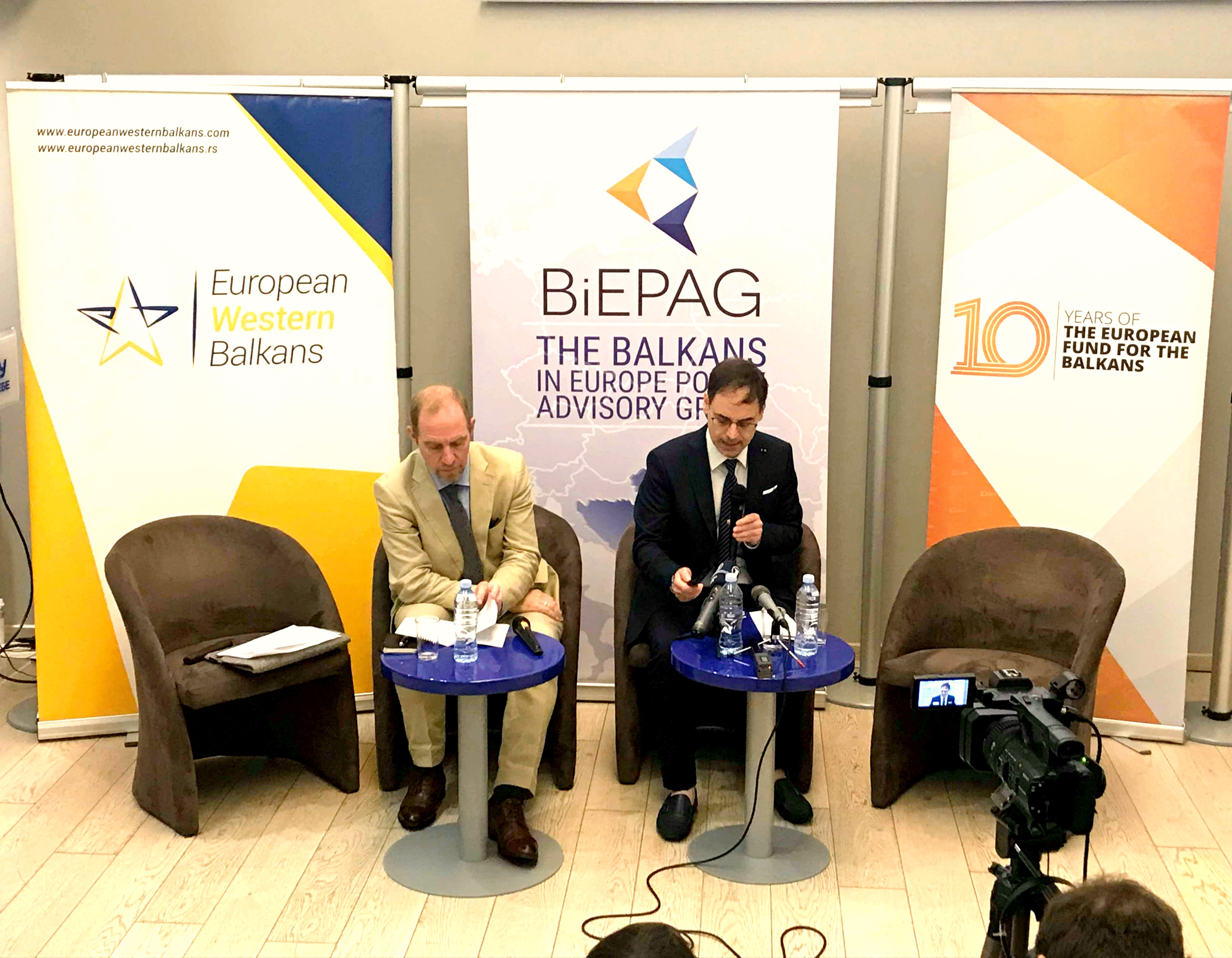 BELGRADE – While the renewed EU interest in the Western Balkans is without doubt positive, it rests on several myths and misconceptions, claim authors of the new Policy Brief of the Balkans in Europe Policy Advisory Group Florian Bieber, Professor of Southeast European History and Politics and Director of the Centre for the Southeast European Studies of the University of Graz and Nikolaos Tzifakis, Associate Professor of International Relations and Chairman of the Department of Political Science and International Relations of the University of Peloponnese, members of BiEPAG.

On many occasions, the negative influence of the external actors in the Western Balkans such as Russia, China, Turkey and the Gulf countries was in the focus of Brussels politics towards the region, since it is said that those actors could create risks that could undermine democracy and the rule of law.

“There are external actors, but their role is to a large degree a functional weakness of the EU. It is not that these external actors are influential by themselves but the main findings of this brief are the role they are able to play because the EU is losing its way in the Western Balkans,” says Bieber at the conference “Global Actors in the Western Balkans” held on Monday, June 17 in Belgrade.

He explains that we need to look at these external actors without talking about global threats but rather looking at it one by one.

The authors of the policy brief “The Western Balkans as a Geopolitical Chessboard? Myths, Realities and Policy Options” claim that the EU concerns about the increase of external actors’ activities in the Western Balkans are not unfounded, noting that Russia, Turkey, China and the UAE have used a variety of instruments to exercise influence on the region.

“The EU considers itself involved, against its will, in a traditional geopolitical game of influence in a European periphery where its competitors allegedly strive to redefine the rules of the game, to the disadvantage of the Western Balkan region and the EU,” it is stated in the policy brief.

That could be seen as the reason for the EU’s renewed commitment towards the region with the European Commission’s enlargement strategy by which Montenegro and Serbia could join the EU as soon as 2025.

“In the last couple of years, the EU officials have been saying that the EU should contain the negative influence of Russia, China, Turkey and the Gulf states in the countries of the Balkans. We saw that the EU enlargement has resurfaced in the EU political agenda. While this EU renewed interest in the Western Balkans is positive it rests on several myths and misconceptions,” says Tzifakis at the conference organised by the Balkans in Europe Policy Advisory Group and the European Western Balkans, and supported by the European Fund for the Balkans.

One of the myths is that the Western Balkans are drifting away from their Euro-Atlantic orientation due to the EU not showing enough commitment towards the enlargement policy, low popularity of the enlargement and the region welcoming the economic and political influence of the external actors.

“The danger here is that sceptics of the Western Balkan’s EU accession may perceive the linkages of external actors with the region as a confirmation of their belief that the process of EU enlargement should discontinue,” Tzifakis and Bieber noted in their policy brief.

Other myths are that the external non-Western engagement is altogether negative and that the Western Balkan countries cannot insulate themselves from negative external influences.

The authors claim that although the pattern of investments has raised a concern about whether this external economic engagement is weakening state institutions and formal procedures, some of this engagement can or could help in the transformation of the region.

Having all this in mind, the authors are pointing out that the EU should not be “hysterical” about the influence of external actors in the Western Balkans and that the EU does not need to change its overall approach to the region.

“The EU has considerably more leverage in structuring the region and engaging with external actors to limit their pernicious effect. If this fails in the Western Balkans, it is unlikely to succeed elsewhere,” Bieber and Tzifakis explain in the policy brief.

The authors recommend that the EU needs to remain committed to the process of enlargement and it should learn how to communicate its commitments. In order to do that, the authors suggest several recommendations – first and foremost – the rule of law.

“In order to help the region to become immune to the disruptive aspects of external engagement, the EU should focus on the fundamentals and on rule of law reforms. The EU should also prioritize the transfer of the acquis to the chapters on energy, environment, public procurement and competition policy,” authors point out in the policy brief.

Other recommendations include associating the region more closely to the EU in policy domains such as energy and transport, support citizens’ empowerment, engagement and involvement, provide independent media access, seek more persistently for EU common positions on all bilateral disputes in the Balkans and develop greater EU self-confidence in the Western Balkans.

Finally, the authors of the policy brief suggest that the EU should improve its soft power.

“Learning from public diplomacy and self-presentation of other external actors is crucial. In particular, culturally proximate countries are regularly overestimated in the region due to their visible and high-profile support,” they stated, adding that Brussels needs to find a way to increase the visibility of EU engagement.