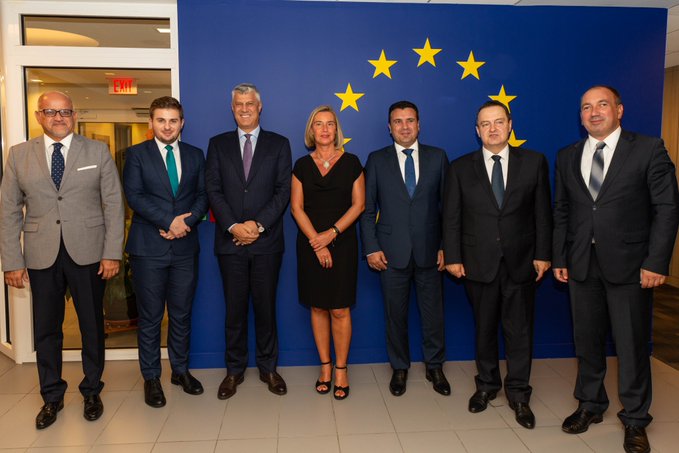 NEW YORK – High Representative of the EU for Foreign Affairs and Security Policy Federica Mogherini and representatives of Western Balkan countries expressed their support for the opening of the EU accession negotiations with North Macedonia and Albania during yesterday’s meeting in the margins of the 74rd UN General Assembly in New York.

According to a press release of European External Action Service, they underlined that this decision is crucial not just for both countries concerned, but for the whole region and for the EU.

The representatives, including Prime Minister of North Macedonia Zoran Zaev, president of Kosovo Hashim Thaçi and Foreign Ministers of Serbia, Montenegro, Albania and Bosnia and Herzegovina, supported the continuation of the Serbia-Kosovo Dialogue and the early conclusion of a legally binding agreement on full normalisation of relations.

All the Western Balkans partners confirmed their strong commitment to the EU perspective, stressing that the work on reforms continues as are the regional cooperation and good neighbourly relations.

The High Representative and the Western Balkans leaders expressed solidarity with Albania after the country was hit by a series of strong earthquakes this weekend.

Belgrade to host of EuroPride 2022

Bosnia and Herzegovina Presidency members in an official visit to Brussels