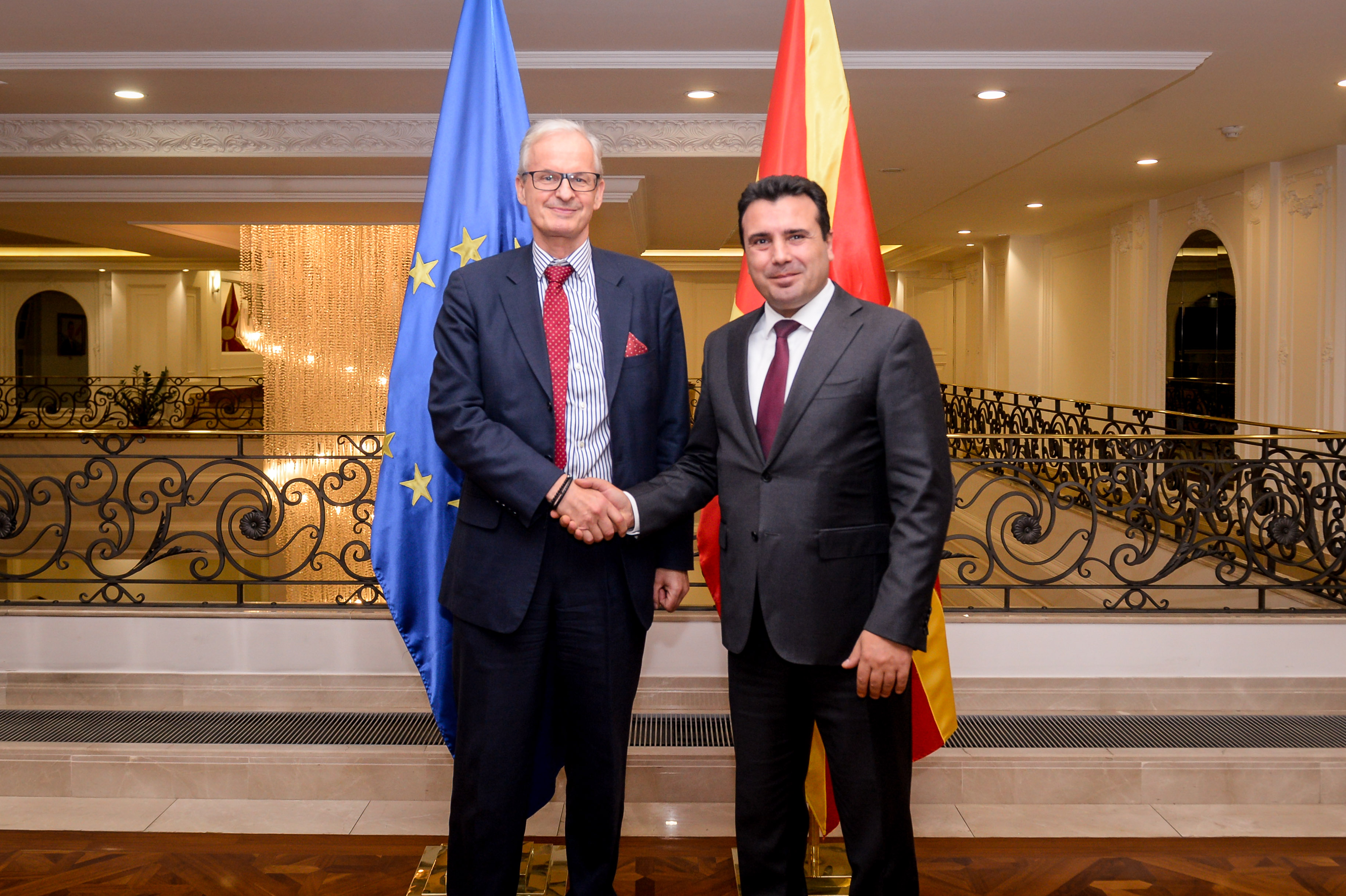 SKOPJE – Director of the Directorate for Neighborhood Policy and Enlargement Christian Danielsson conveyed to the Prime Minister Zoran Zaev greetings of the new Commissioner for Enlargement and Neighborhood Policy, Olivér Várhelyi, which reiterated the unconditional support of President of European Commission Ursula von der Leyen for the start of negotiations with North Macedonia.

The Prime Minister thanked for the greetings and messages and noted that the country remains committed to the continuity of reforms and progress in the adoption of EU standards in all areas, with particular attention to the implementation of judicial reforms, Government press release stated.

At the meeting, attended by the EU Ambassador to North Macedonia Samuel Žbogar, Prime Minister Zaev stressed that the Government remains committed to implementing both good neighborly policies and implementing the provisions of the agreements with Greece and Bulgaria, and promoting economic relations with Greece.

The topic of discussion with EU representatives was also the initiative for promotion of regional cooperation, which was encouraged by the President of Serbia Aleksandar Vučić and the Prime Ministers Zoran Zaev and Edi Rama.

The initiative was encouraged because of its alignment with the Berlin process, and especially because its insistence that all Western Balkan countries be included.

Pendarovski: The new Economic and Investment Plan shows that the EU really cares about the WB