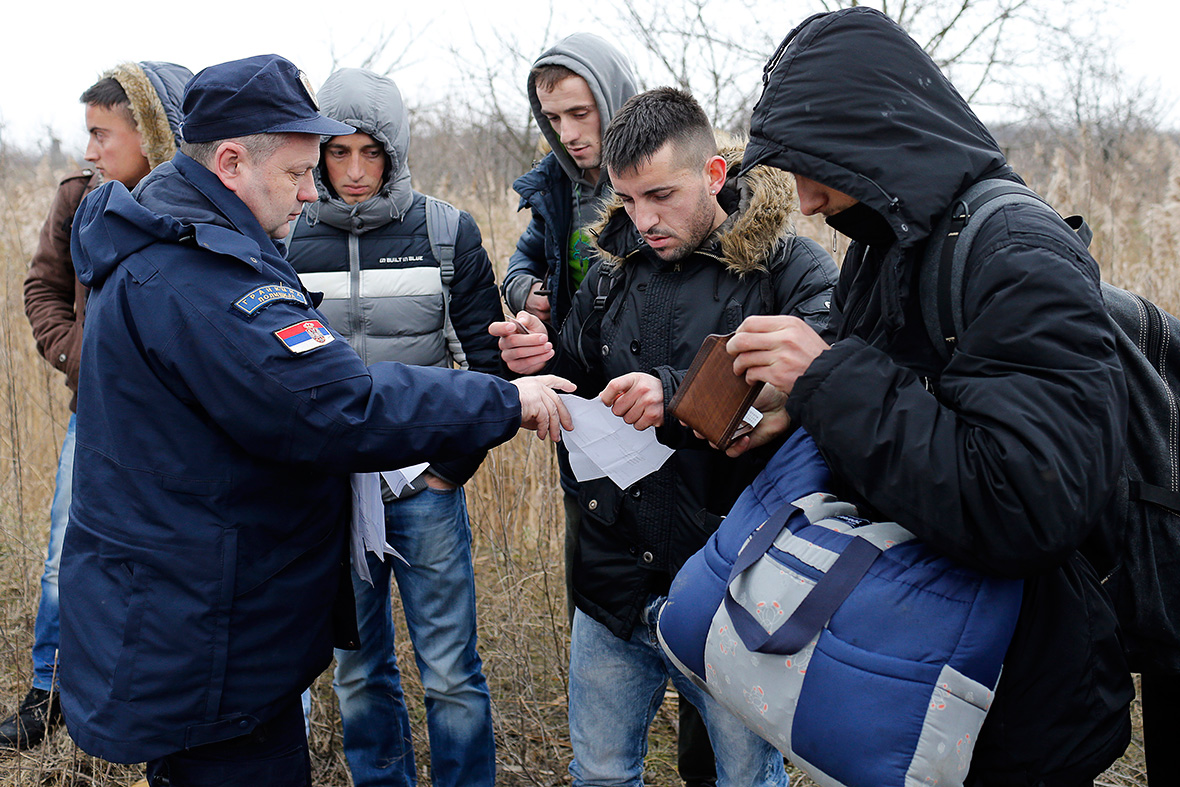 More and more people are trying to cross illegally from Kosovo into the European Union. Around 10,000 Kosovars filed for asylum in Hungary in just one month this year, compared to 6,000 for the whole of 2013.  Over the past few days, crowds of people have been seen boarding night buses from Pristina bound for Serbia’s capital Belgrade, more than halfway to Hungary. Pristina bus station has been crowded with coaches to Serbia filled at maximum capacity. According to Kosovo 2.0, 683 people got caught during the last weekend crossing the border into Hungary, and another 250 Kosovars were taken off a train Monday morning heading from Budapest to Vienna. The train was bound eventually for Munich, where it is likely that many planned to meet family or friends that have been part of the diaspora community in Germany for years before asylum status was revoked from Kosovo, now no longer considered a “crisis-zone”.

The main reason why Kosovo citizens are selling everything they own just to afford to pay for an illegal trip first to Hungary then to other EU countries, is believed to be poor economy in Kosovo and the high rate of unemployment. According to Kosovo Agency of Statistics, Kosovo’s overall unemployment rate is 30.1%, while unemployment of young people from 15-24 years old is 55.3%, which is believed to be the highest in Europe.

Kosovo state institutions have taken some measures to try to prevent the flux of people leaving the country, but so far there are no exciting results. On 5th of February, the Assembly of Kosovo adopted a resolution aiming to combat the illegal migration of Kosovo citizens to EU countries. Moreover, Ministry of European Integration has launched a campaign to raise awareness of people about the issue, but results are yet to be seen.

In the other hand, because of the big number of asylum seekers from Kosovo, Serbian, Hungarian, Austrian and German police officials agreed in Belgrade on Monday to increase cooperation in preventing illegal migration. The agreement was reached by Serbian Interior Minister Stefanović, German Federal Police chief Roman, Hungarian National Police chief Papp and a delegation of the Austrian police.

Moreover, the EU office and many ambassadors of EU countries in Kosovo have called Kosovo’s citizens not to seek for asylum in EU because there are almost no chances to get a positive response for their request.

Today European Western Balkans has secured some parts from the draft report of European Parliament’s Rapporteur for Kosovo, Ulrike Lunacek, which will be subject to the vote of European Parliament in March. In this draft report, Ms. Lunacek addresses the problem of illegal migration as well. In this draft report, among others it is stated that ‘’European Parliament takes note of the progress made by Kosovo in fulfilling the requirements of the visa liberalisation roadmap; calls on the authorities to make further efforts, including to adopt the outstanding four pieces of legislation; expresses strong concern about the recent upsurge in the number of citizens leaving Kosovo for EU countries; calls on the Pristina authorities to fight effectively the criminal networks involved in the trafficking of human beings and to explain clearly to the public opinion that there is little chance that asylum applications will be accepted;’’.

Moreover, the draft-report states that the EP ‘’ notes with concern the high unemployment rates, particularly among young people; takes note of the significant decline in foreign direct investments in the third quarter of 2014; calls on Kosovo to improve the business environment, particularly for small and medium-sized enterprises; calls on the Commission to provide assistance to young entrepreneurs within IPA funds, including facilitating links with entrepreneurs from EU Member Countries’’.

Finally, Lunacek stated that ‘”My report will also makes clear that the EU must do more to give Kosovo a real accession perspective, such as through the long overdue roadmap for visa liberalisation. The Visa dialogue with Kosovo started in November 2011and was an important signal for normalisation and stabilisation. But to be honest and realistic: The former government has achieved a lot at technical level, but the EU Ministers of Interior have to give their consent for a visa liberalisation. And the recent upsurge in the number of citizens leaving Kosovo, including Roma, Ashkali, and Albanians, is sending a very bad signal: The more asylum seekers from Kosovo enter the EU, the more difficult visa liberalisation will become, even if Kosovo will have implemented all technical requirements. But I can guarantee that I, together with the big majority of Members of the European Parliament will continue to push for visa liberalisation and an end of the unacceptable isolation of Kosovo citizens.”

While EU member states are pushing towards stricter asylum and social benefits rules, media from Kosovo report that flux of migrants have not declined. It is worth recalling the European Commission’s report of 2014 regarding asylum seekers in EU. According to this report published in May 2014, 65% of total requests for asylum in EU get negative response. Kosovo was ranked in the sixth position from countries of origin where the asylum seekers come from, and having in mind the latest flux of asylum seekers, this years’ report is believed to rank Kosovo in the second place, just after Syria where the war is still ongoing.