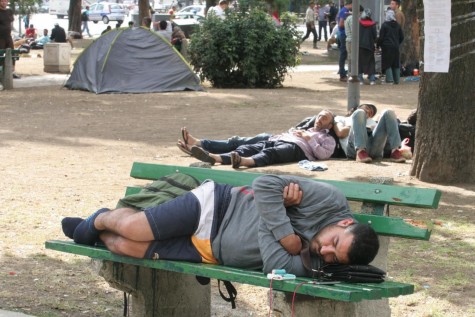 BRUSSELS – Today the European Commission has detailed its support of €17 million to help Serbia and the former Yugoslav Republic of Macedonia cope with the unprecedented refugee flows in these countries ahead of the High Level Conference on the Eastern Mediterranean-Western Balkans route taking place today in Luxembourg. This new funding is part of EU’s overall efforts to deal with the consequences of the Syrian crisis announced earlier by the European Commission.

Johannes Hahn Commissioner for European Neighbourhood Policy and Enlargement Negotiations said: “The current refugee crisis is a challenge of global dimensions. We have to work hand in hand with our partners and neighbouring countries beyond EU borders which are most affected. This fresh funding available to authorities in Belgrade and Skopje, who have already done a lot to tackle the issue, is an important signal of continued European solidarity”.

“To solve the refugee crisis, we need to tackle the root causes of forced displacements inside Syria, Iraq and Afghanistan. We need to continue supporting neighbouring countries that are already hosting large numbers of refugees. It is our collective responsibility to provide protection and humanitarian assistance to vulnerable people – wherever they are, wherever they come from and wherever they are going.”

Considering the proposals submitted by the countries concerned and the results of the Commission scoping mission carried out in September 2015, a special measure aims at increasing the capacity of Serbia and the former Yugoslav Republic of Macedonia to effectively and efficiently respond to the migration crisis, enhancing their ability to comprehensively implement their migration policy, including management of migration flows.

In addition, humanitarian support would help with the provision of basic emergency services in view of the upcoming winter, such as food, hygiene, health care, psycho-social support, temporary shelter, and protection to refugees and migrants, as well as coordination and data gathering on migration routes.

Serbia to present action plans in Brussels on Friday