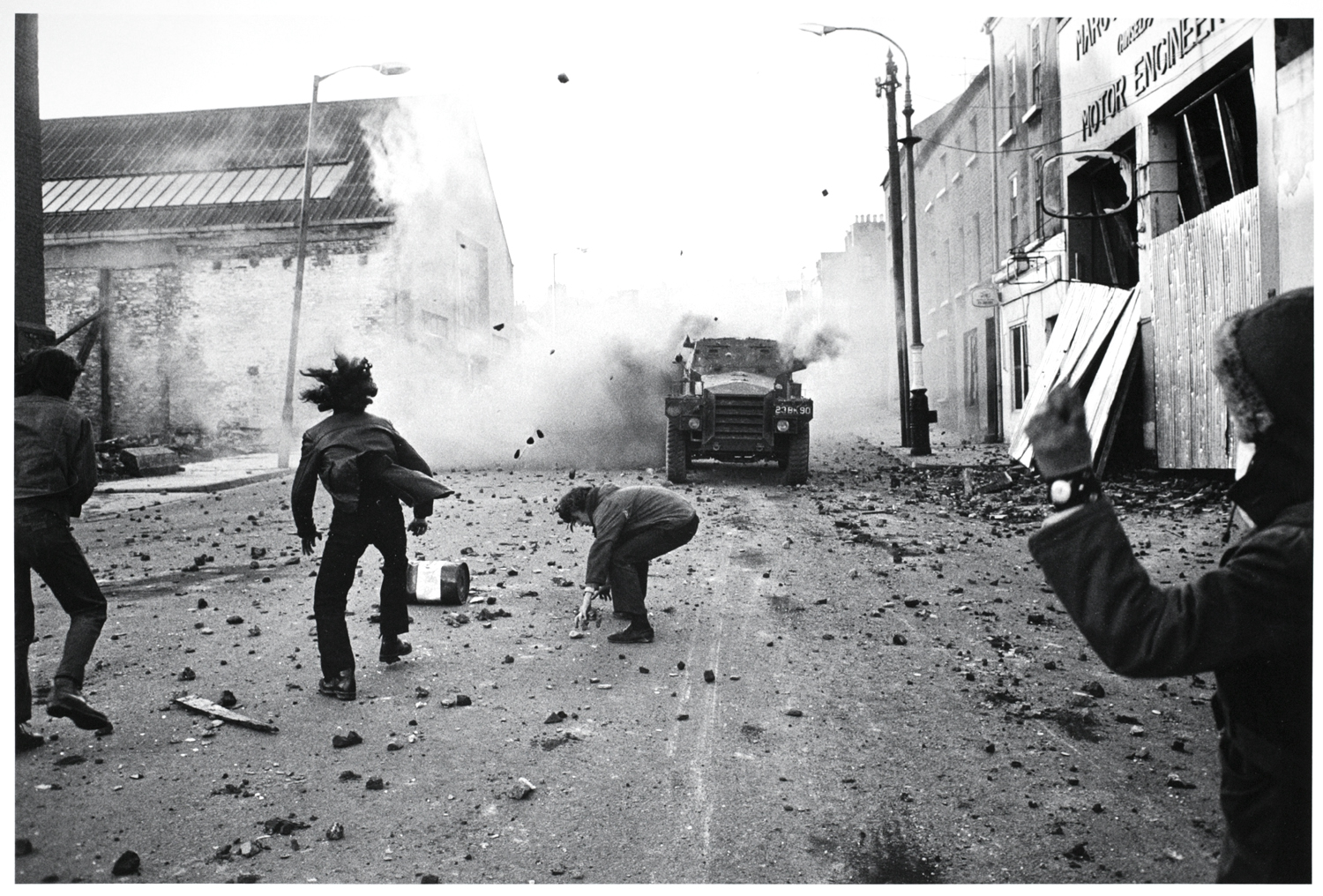 Many have tried to explain frequent violent ethnic conflicts in the Balkans as something stemming from the region’s culture and specific ethno-cultural complexity. While this image of the Balkans can be traced back to the 19th century, the most prominent example of this approach can be found in Robert Kaplan’s 1993 book “Balkans Ghosts: A Journey through History,” where the author presents a very grim image of the Balkans as an area of ancient hatred and a “a powder keg for 21st-century cultural and religious warfare.”

Leaving Mr. Kaplan’s descriptions of the Balkans aside, it is a matter of fact that ethnic conflicts have occurred and are still ongoing even in the Western world. The case of Northern Ireland is perhaps the best example of a long-term ethnic conflict and a territorial dispute deep inside Western Europe, contested between two Western European ethnic groups and two European Community (later European Union) members, the United Kingdom and the Republic of Ireland.

The example of Northern Ireland and its comparison with Kosovo offers some insight into the challenges faced by Kosovar Albanians and Serbs while trying to establish long-term peace and coexistence.

Northern Ireland – Balkans outside the Balkans

It would not be an exaggeration to claim that the Catholic-Protestant conflict in Ireland has lasted for centuries. Ireland has been gradually conquered by the English rulers since the 12th century. As the issue of religion has been central to internal English politics since the 16th century, the Catholic Irish were not looked upon favorably by the Anglican (Protestant) English rulers. Bringing in Protestant settlers, the English granted the incomers significant economic and political powers, heavily discriminating against the Catholic majority. After the Act of Union in 1801, Ireland was fully incorporated into the United Kingdom and its Parliament was abolished.

Ireland was finally granted Home Rule (autonomy within the UK) in 1914, but its implementation was delayed by the outbreak of the First World War. After an unsuccessful Irish “Easter Rising” in 1916, which was quickly put down by the British, a new revolt occurred in 1919, leading to the signing of the Anglo-Irish Treaty in 1921. According to the Treaty, Ireland was declared a dominion of the British Empire, the “Irish Free State.” The northern part, mainly Protestant, was given the option to opt out of the Irish Free State and rejoin the United Kingdom, which it promptly did the following year. The Irish Free State later proclaimed a Republic and broke all formal ties with the British Commonwealth in 1948.

The Republic of Ireland has never fully accepted the 1922 partition of Ireland, with the Article 2 of the Irish 1937 Constitution claiming that “The national territory consists of the whole island of Ireland, its islands and the territorial seas,” with these sentiments largely shared by the Catholic minority in Northern Ireland. It was in these circumstances that inter-religious violence erupted, leading to the 30-year period known as“The Troubles” (1968-1998), during which the British government cancelled the autonomy of Northern Ireland and placed the region under direct rule from London in 1972. Inter-ethnic violence, deadly attacks by the Irish Republican Army (IRA) and armed unionist groups, as well as UK military interventions, such as the infamous “Bloody Sunday” event in January 1972 when 14 unarmed republican protesters were killed by British troops, marked the time of “The Troubles”; during this period an estimated 3,500 people lost their lives and around 50,000 more were injured.

This stalemate was very hard to resolve, especially since both unionists and republicans were using violence as means of political struggle. The“Good Friday Agreement” or “Belfast Agreement,” reached on April 10, 1998, brought peace and opened a new chapter in the history of Northern Ireland. It represented an agreement between Northern Ireland’s main political parties and between United Kingdom and the Republic of Ireland.

Applying consociational and power-sharing principles, it was agreed that Northern Ireland’s Assembly would be elected via proportional representation and seats in the government (known as the Executive Committee) would be distributed proportionally between parliamentary parties, thus forcing coalitions between moderates and hardliners on both sides.

Former adversaries, who considered each other to be “terrorists” and “oppressors,” were now required to govern together. Similar principles were applied to the police force, where a non-sectarian Police Service of Northern Ireland was to be created, while the republican and unionist militias were to be disarmed and decommissioned. This issue has proved to be a major stumbling block in the peace process – the process of disarming militias took years, while there have been reports of the new police force including or cooperating with former members of militias from both sides who have a long history of conflict.

The Agreement was confirmed by referenda in both Northern Ireland and the Republic of Ireland, coming into force in December 1999.

There are certain important similarities between the conflicts in Northern Ireland and Kosovo, as well as between the Good Friday Agreement and Belgrade–Prishtina negotiations. Like in Kosovo, the conflict in Northern Ireland represents a long, protracted ethnic conflict in which societal cleavages — ethnic, religious and political, are mostly reinforcing. This created a deep societal divide and an identity-based, emotionally charged conflict characterized by a high level of violence and mistrust.

In both cases, creative solutions that are seriously “watering down” the concepts of sovereignty and territorial integrity of both sides involved in the negotiations were employed. Certain links between the Republic of Ireland and Northern Ireland were recognized as legitimate and formalized. Opposing positions on Northern Ireland’s status shared by significant parts of the population needed to be recognized as legitimate, which is de facto already a situation in Kosovo, where Serbs participate in the government despite not considering it to be an independent state.

Also, the Republic of Ireland was involved in the negotiations despite the conflict taking place in the United Kingdom, a sovereign state and one of the major European powers. The principle of “constructive ambiguity” — solving disputes by leaving aside what cannot be agreed upon and using unclear language, is seen employed in both Northern Ireland and Kosovo. For example, Northern Ireland is not officially designated either as a country, state, region or province, with various labels being used by different actors, while certain localities like Derry/Londonderry have double names.

Like in Kosovo, the impetus to solve this conflict came from a third party, in this case the United States, which under president Bill Clinton used shuttle diplomacy to influence all parties to reach an agreement. President Clinton visited both Belfast and Dublin and even granted Gerry Adams, the leader of Sinn Fein, a republican political party associated with the IRA, a U.S. visa, meeting him in Washington. U.S. Special Envoy for Northern Ireland, former senator George Mitchell, played an important role in the peace process by chairing the multi-party peace talks which later resulted in the Good Friday Agreement.

What is the price of peace?

Northern Ireland’s example may offer certain lessons and warnings for those solving conflicts and attempting to achieve viable peace in places such as Kosovo. The first lesson is that achieving viable peace in such unfavorable circumstances is extremely difficult even in developed, democratic countries. To achieve peace, sides involved in the Northern Ireland conflict needed to make painful concessions and then stand firm against hardliners who saw them as a treason of national interests. In Northern Ireland, just like in Kosovo, hardliners on both sides needed to be included in power-sharing mechanisms despite opposing positions on key issues such as status and historical claims on territory. The implementation of the Good Friday Agreement was a long, slow process, which has taken years and the work of Northern Ireland’s assembly has had to be suspended several times.

The second lesson is that peace and stability do not necessarily entail national unity and the creation of a common, civic identity. In Northern Ireland, the Good Friday Agreement has succeeded in bringing peace and stability after decades of violent conflict, but it has also strengthened the cleavages in society and created a political system in which civic and supra-ethnic political parties and identities are very hard to emerge. Catholics and Protestants in Northern Ireland still comprise more or less separate societies, with cities such as Belfast still being divided with walls into separate neighborhoods.

One could argue that these compromises, both between states and between communities, along with giving up the ambition of creating a common, civic identity instead of ethnonational ones, is the price to pay for peace and stability. Recognizing or tolerating opposing positions on issues such as status and sovereignty may be the only way forward.

In Kosovo, which faces similar challenges such as Northern Ireland, this price can be equally high for both communities, but ultimately fundamental for their peaceful coexistence and a bright common future. Only time will tell.

This article was originally produced for Kosovo 2.0 and has been republished here with permission. http://www.kosovotwopointzero.com/en/article/2087/the-price-of-peace-lessons-from-northern-ireland