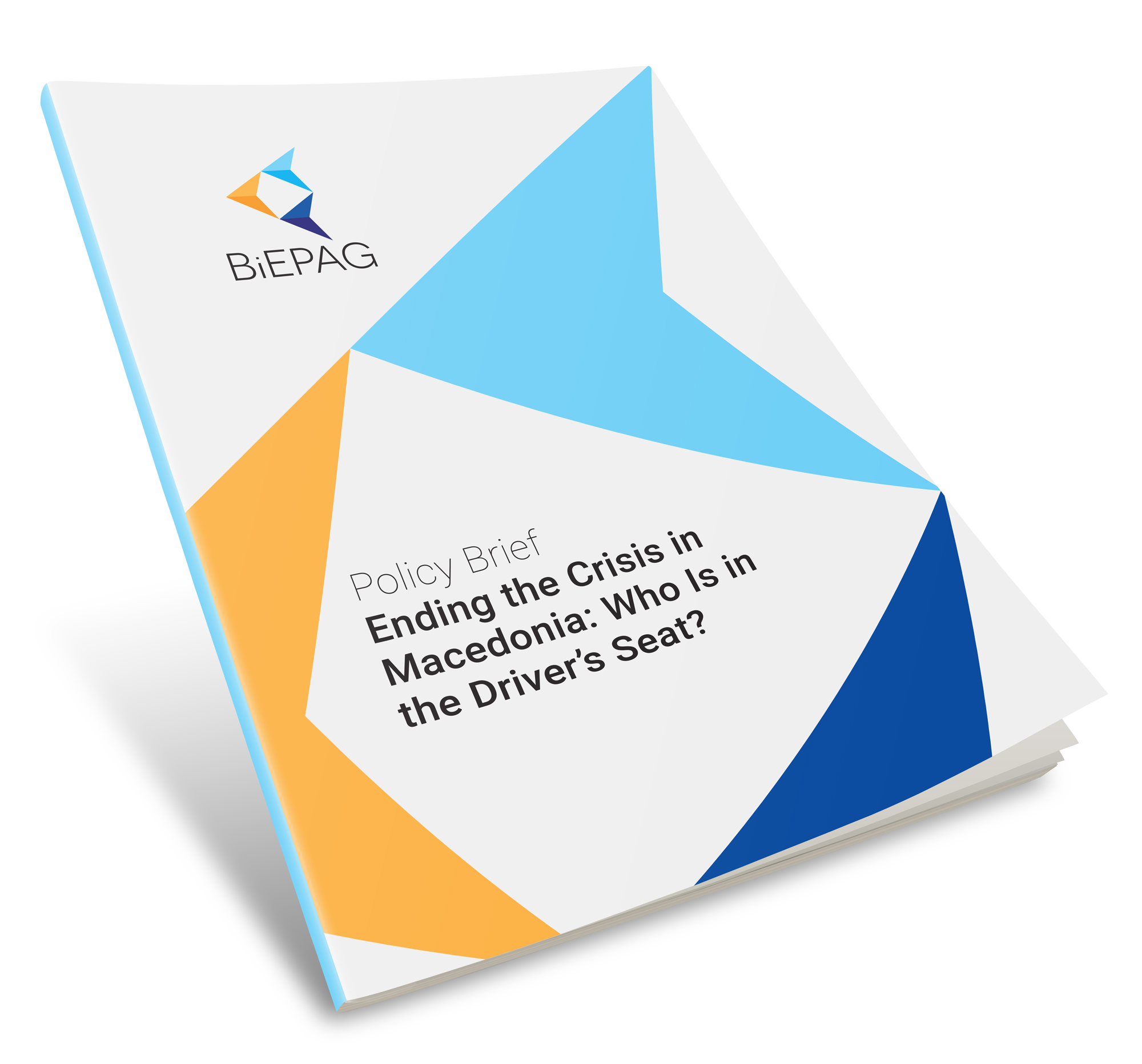 The HAGUE – The Members of the Balkans in Europe Policy Advisory Group (BiEPAG) Nikola Dimitrov and Dane Taleski, joined by Ms. Ivana Jordanovska are the authors of the latest BiEPAG Brief “Ending the Crisis in Macedonia: Who Is in the Driver’s Seat?”.

As it is noted in the brief, If ten years ago, Macedonia was a front-runner in the reform process, today it struggles to stop moving backward on virtually every single political criteria for EU membership. It is arguably the most devastating case against the credibility of the EU’s enlargement policy. The nascent efforts of the Przino agreement to establish the rule of law, accountability, and a level electoral playing field are met with strong resistance by the delegitimized system that seeks impunity and its salvage through quick elections. As the scheduled dissolution of Parliament on 7 April is imminent, what are the possible scenarios and how can the international community help restore democracy and ensure stability in the country, sending a powerful message to other political elites in the Balkans?”.

On April 4, 2016, the European Fund for the Balkans and the Balkans in Europe Policy Advisory Group, will organize an informal discussion, dedicated to the latest BIEPAG policy brief ‘Ending the Crisis in Macedonia: Who Is in the Driver’s Seat?’ in the premises of the Embassy of Netherlands in Macedonia. The discussants will be Mr. Nikola Dimitrov(Distinguished Fellow, The Hague Institute of Global Justice, the Netherlands, BIEPAG member), and Ms. Ivana Jordanovska.

The next day on April 5, 2016, the European Fund for the Balkans and the Balkans in Europe Policy Advisory Group in cooperation with the partner oganisation Insitute for European Policy Institute Skopje are organizing a discussion with a list of selected Macedonian think-tanks, which are dealing with the topic of the EU Integration of Macedonia, with an idea to open a debate about the current situation in Macedonia, the possible solutions and recommendations for the further activities of the European Union in regard of the EU prospects for Macedonia. An additional event, envisaged as a briefing for the journalist will be held the same day at Macedonian Centre for European Training, where BiEPAG Member Nikola Dimitrov will present the Policy Brief to a group of Macedonian journalist which are covering the thematic that is the subject of the brief.