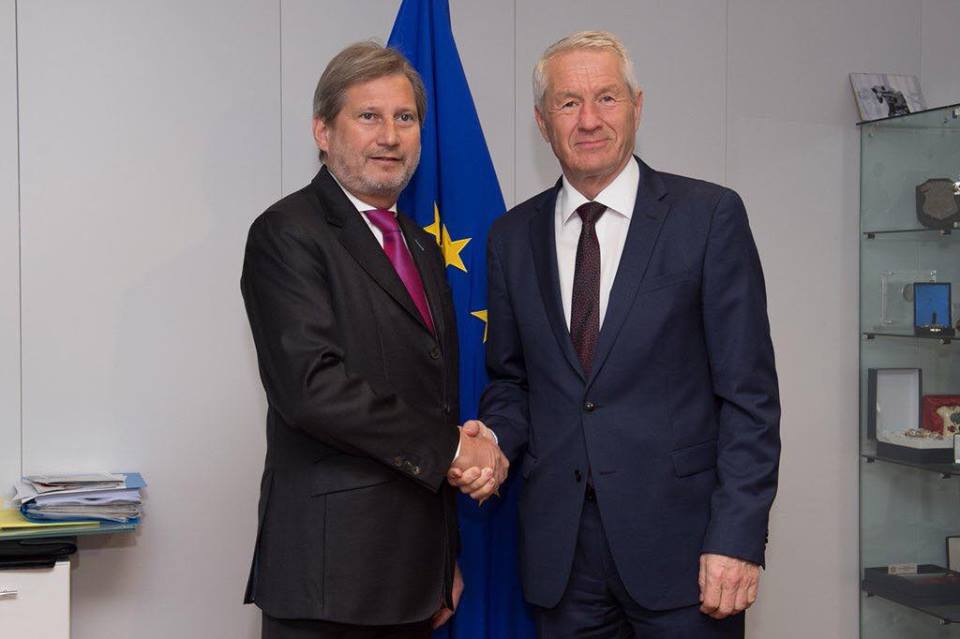 BRUSSELS – Commissioner for European Neighbourhood Policy & Enlargement Negotiations, Johannes Hahn and the Secretary General of the Council of Europe (CoE), Thorbjørn Jagland, met today in Brussels for the signature ceremony of the finalisation of the EU/CoE Horizontal Facility for Western Balkans and Turkey. They made the following statement:

“We are happy to announce that the European Commission and the Council of Europe are launching a joint initiative to assist partners in the Western Balkans and Turkey in addressing challenges in the areas of rule of law and human rights.

The initiative will support reforms of the judiciary, fight against corruption and organised crime, protection of the rights of vulnerable groups and the promotion of anti-discrimination policies.

These are all issues of fundamental significance for citizens, as well as key elements in securing the commitments of the Western Balkans and Turkey to European standards.

The European Commission will provide €20 million and the Council of Europe €5 million to support the initiative for the period of three years.

The initiative will help the beneficiaries to work towards the above mentioned objectives by undertaking several activities such as:

–          strengthening the organisational and management capacity of penitentiary systems

–          helping authorities to appropriately deal with the recovery of criminal assets

–          systemising the collection of information on intolerance and discrimination

In addition, the initiative will provide Council of Europe expertise for legislative analysis and policy advice on request from the beneficiaries.”

Dealing with the Past Necessary for Reconciliation in the Western Balkans