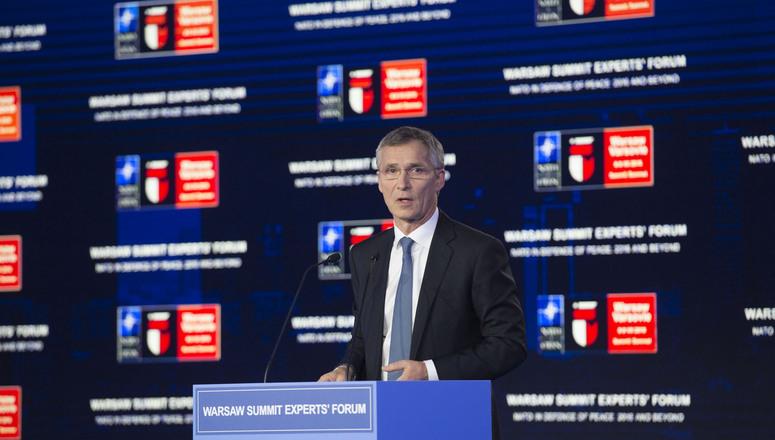 WARSAW – Unlike EU, NATO is expanding. The Alliance is on the road to get a 29th member, and Montenegro is the next in line, said Secretary General of NATO, Jens Stoltenberg.
What do NATO officials say about Montenegro?

“This Summit demonstrated that NATO’s doors are open. In this moment we are on the road to get a 29th member”, he said speaking of our country.

Encouragement for Montenegro came from Poland’s President and host to the Summit Andrzej Duda.

“It is another step forward towards stabilization in Western Balkan, and a positive example for other countries on a similar path”, he said.

Why is this Summit important for Montenegro?

NATO Summit in Warsaw is more important for Montenegro than others, because it is a first time that we have a right to make suggestions, albeit we do not participate in decision making. We got an invitation for membership last year, and we are currently in the process of ratification of the Accession Protocol. It has been ratified by Iceland, Slovenia, Hungary, Slovakia, Albania, Bulgaria and Poland so far. White House has started the process, as well as Croatia.

During the Summit, Montenegro will be represented by Prime Minister Milo Đukanović, Minister of Defense Milica Pejanović Đurišić, and Montenegrin ambassador to NATO Dragana Radulović.

What are the subjects of NATO Summit?

The decision on placing international battalions in Estonia, Letonia, Lithuania and Poland is to be made.

Speaking of relations with Russia, he said that NATO is not looking for a conflict.

“We do not want a new Cold War. This is history and it should remain so”, he said.

He said that this relation can be improved by strengthening the defense through dialogue.

Russian journalists were interested to know whether Stoltenberg really believes that Russia is the aggressor and not NATO, seeing as NATO is the one getting closer to Russian border.

“Baltic countries are sovereign nations that have decided to join NATO. They are welcome in the Alliance and they greatly contribute. We are increasing our military presence in the East, as a response to Russia’s actions in Ukraine. We did not consider such actions before Russian annexation of Crime”, he said.

World leaders are in attendance, as well as some former leaders, such as former American State Secretary Madeleine Albright.

Tepić: All matters to be solved through dialogue