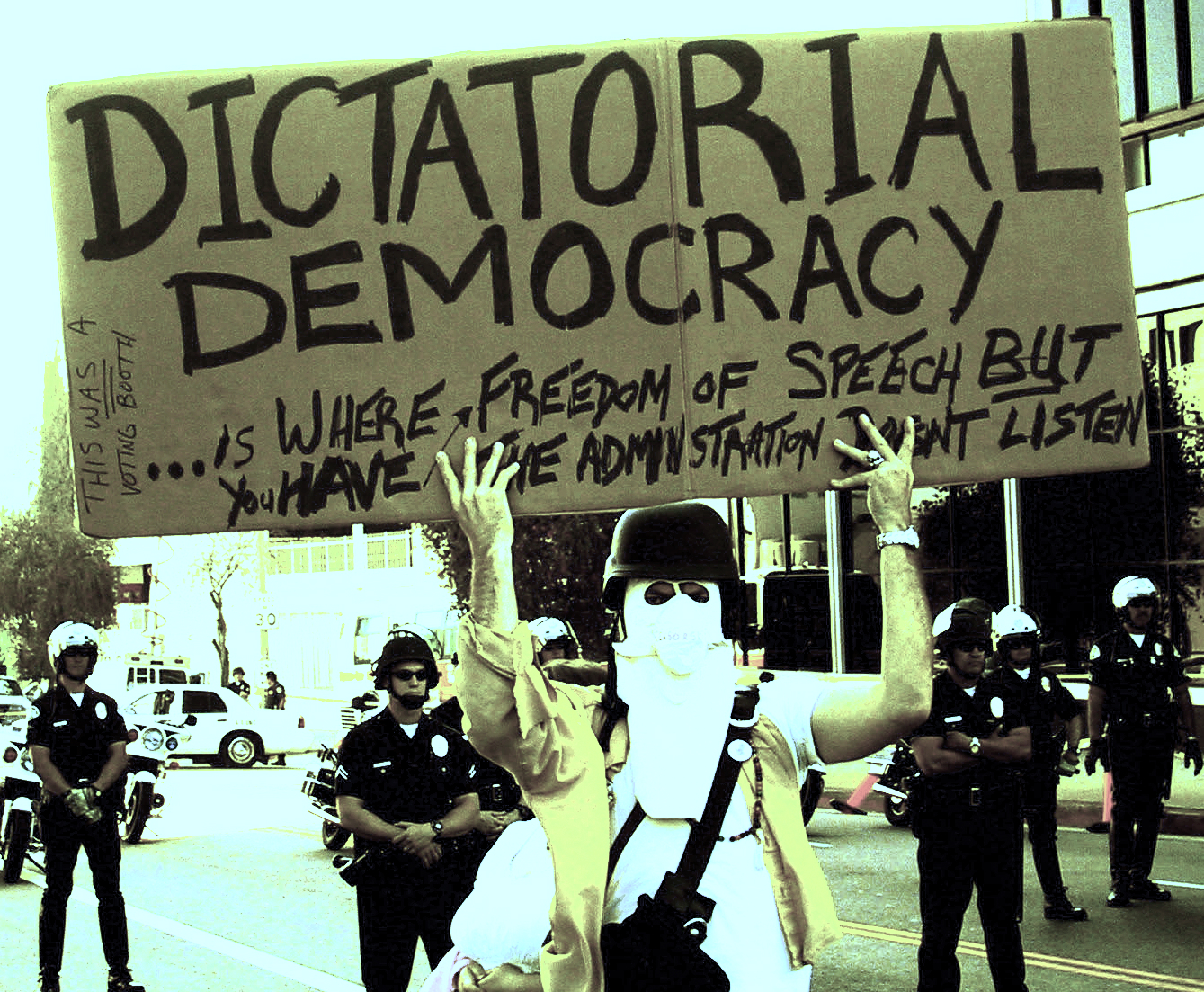 It seemed to be a wonderful dream of a world and particularly Europe reaching the end of history (Francis Fukuyama) and entering an era of ever lasting liberal democratic peace. In some parts of Europe it worked out quite good, at least for a period of time. Today, the situation in (some parts of) Europe and – following the victory of Donald Trump in the US-elections – also in the US is rather dramatic, with some major challenges and conflicting trends portraying a picture of a global crisis of democracy and the rise of new authoritarianism. More than 25 years after the end of the Cold War, initial euphoria about the new and ultimate democratic and liberal era has given way to growing mistrust in political institutions and political representatives, new forms of radical populism accompanied by nationalist rhetoric and lies, and an increasing disaffection with democracy itself.

Recently, one of most important thinkers of our time, Zygmunt Bauman, published a short piece entitled „Quo Vadis, Europe“. Here he sees a set of challenges for Europe, one of the most prominent being the „neo-nationalist“ (we might call them authoritarian leaders of new era, far-right populist, new autocrats or despots, etc.) offering the phantom of national sovereignty as a cure for all ills. This is precisely where we can place Orbans, Erdogans, Le Pens, Hofers or Kaczyńsksi of our time, all those opponents of liberalism, hiding declaratory behind democracy and undermining it fundamentally by the way they understand and perform politics. They have started to capture the notion of liberal democracies and open societies and replace them fundamentally with new illiberalism and an authoritarian code of thinking and politically acting.

Authoritarian politicians deploy and at the same time instrumentalise important elements of an institutional architecture of liberal democracies in order to ensure greater legitimacy and broader societal support for their rule.

Classical authoritarianism seeks for an absolute obedience, is directed against individual freedoms and liberties and always ready to use repression against opponents. New illiberal or competitive authoritarian regimes are chameleon-like – they are able to adjust to new circumstances, they have institutionalized representation of a variety of actors and they incorporate some democratic procedures like elections and thus create a structure resistant to change. Levitsky and Way, scholars that shaped the debate about competitive authoritarianism, hold that political systems can be defined as authoritarian despite the fact that elections are regularly held. When the minimum criteria for democracy (division and control of power, free and fair elections, freedom of media) are seriously violated to an extent that they create an uneven playing field between the ruling party and the oppositional forces (just think about Turkey in the last few months and weeks), there is no other label to be used to describe such a regime than the authoritarian one. As David Runciman argues, autocrats have demonstrated a high grade of flexibility, being even “better at picking up tips from their democratic rivals than the other way around”. It is precisely this type of grey-zone chameleon-like regime that is setting an example for something we could describe as “illiberal democracy” or “new authoritarianism”.

These new type of regimes fit well into the neoliberal paradigm. The liberalization and deregulation of markets was supposed to produce more winners than losers. Today it is obvious that this is no longer the case. The global financial crisis and the subsequent debates about rising global inequality have become a truism. Populist leaders can mobilize disadvantaged social strata with their discourses against globalization, immigration and – at least in some parts of Eastern Europe and the Balkans – against the EU or the West itself, or to narrow it down a bit, against the establishment, elites and privileged, even though they – see the “role-model” Trump – belong to the elite they are demonizing. When additional crisis narratives (as recently seen in the case of the so-called refugee and migration crisis or in the debates around terrorism) emerge, social mobilization is coupled with popular sentiments and fears and provides a very substantial foundation for populism and even extremism reaching deep into the realm of illiberalism. This new illiberalism goes hand in hand with closing borders, protecting the nation and celebrating the nation’s glory.

One final remark on iliberalism or new authoritarianism in the region where the Civil Society Forum is taking place: a deep decline in socio-economic terms in some parts of Eastern and South-Eastern Europe and quite prominently in the Balkans has undermined the legitimacy of democracy and Europe and opened up new spaces for the “return to the nation” and illiberalism. The “social basis for national populisms” (Fukuyama), the new nationalism, will unfortunately continue to haunt (not only) Europe and the Balkans as an integral part of it.

Summing up, democracy seems to be captured by new opponents of democracy, by authoritarian, nationalist and fear-spreading male leaders that are creating an post-factual empire of simplification and illusion accompanied by spectacle and egotism. What are possible answers? How can we reclaim democracy?

One possible answer would be the one provided by Wendy Brown in her ferocious act to protect the very term of freedom and consequently liberal democracy from its (neoliberal) opponents. In one of her interviews prior to the publication of her recent book Undoing Demos. Neoliberalism’s Stealth Revolution, she argues „in favour of trying to rehabilitate the term (democracy), give it substance, reawaken its potential, not only for emancipation and equality but also for a notion of popular sovereignty“. Brown relates the process of reawakening the emancipatory potential to struggles by groups of citizens (be it in the Arab Spring, Occupy or Gezi-Park movement) fighting to „reclaim democracy as something that has to do with more equality than it has been used to signify in recent neoliberal decades, and also more control by the people.“ But how, by whom and with which tools can the process of “reclaiming democracy” be organized?

There is no easy answer to this question. Obviously, one of major moments of challenging illiberalism and new authoritarian tendencies, and we saw it from Hungary, Bulgaria, Macedonia, Bosnia, to Turkey or Ukraine, are the social and protest movements. It is precisely in such movements that – contrary to the argument of a dominance of disengaged and passive (post-political) citizens – a vision of an active citizen is emerging. In the past few years, last but not least also in the Balkans, we have seen a new dimension and a new quality of engaged citizens. Protests in Bosnia in 2014, Macedonian “colourful revolution” or people assembled around Sava Mala, are just few examples. Quite frequently when speaking about social movements and new forms of activisms we hear an pragmatic argument that it is naïve and utopian to believe that citizens can change the course of developments and lead us back to the (re)establishment of broad democratic and liberal consensus. Obviously, there are no guarantees that social movements will help us. Yet, the sense of depression or defeatism, is misplaced, as in the days after Trump’s triumph David Remnick from the New Yorker put it: “Despair is no answer. To combat authoritarianism, to call out lies, to struggle honorably and fiercely in the name of American ideals—that is what is left to do. That is all there is to do.” If we just replace “American ideals” with democratic European ideals, we get a simple but yet powerful formula for a new engagement, for a new active utopia. „Perhaps the idea of Europe was and remains a utopia… But it has been and remains an active utopia, struggling to coalesce and consolidate the otherwise disconnected, multidirectional actions. How active that utopia turns out to be will depend ultimately on its actors.“ (Zygmunt Bauman)

Dr. Vedran Džihić is currently Senior Researcher at oiip – Austrian Institute for International Affairs, Co-Director of Center for Advanced Studies, South East Europe and Senior Lecturer at the Institute for Political Sciences, University of Vienna. Vedran is also a member of the Balkans in Europe Policy Advisory Group (BiEPAG).

This article has originally published as a part of Skopje Civil Society Forum 2016. The original article can be found at http://www.erstestiftung.org/civil-society-forum/2016/11/24/towards-an-active-utopia-reclaiming-democracy-fighting-authoritarianism/http://www.erstestiftung.org/civil-society-forum/2016/11/24/towards-an-active-utopia-reclaiming-democracy-fighting-authoritarianism/

Hahn visited Belgrade, attended the signing of the first reform contract for Serbia

Haradinaj’s resignation: Reactions, what happens next