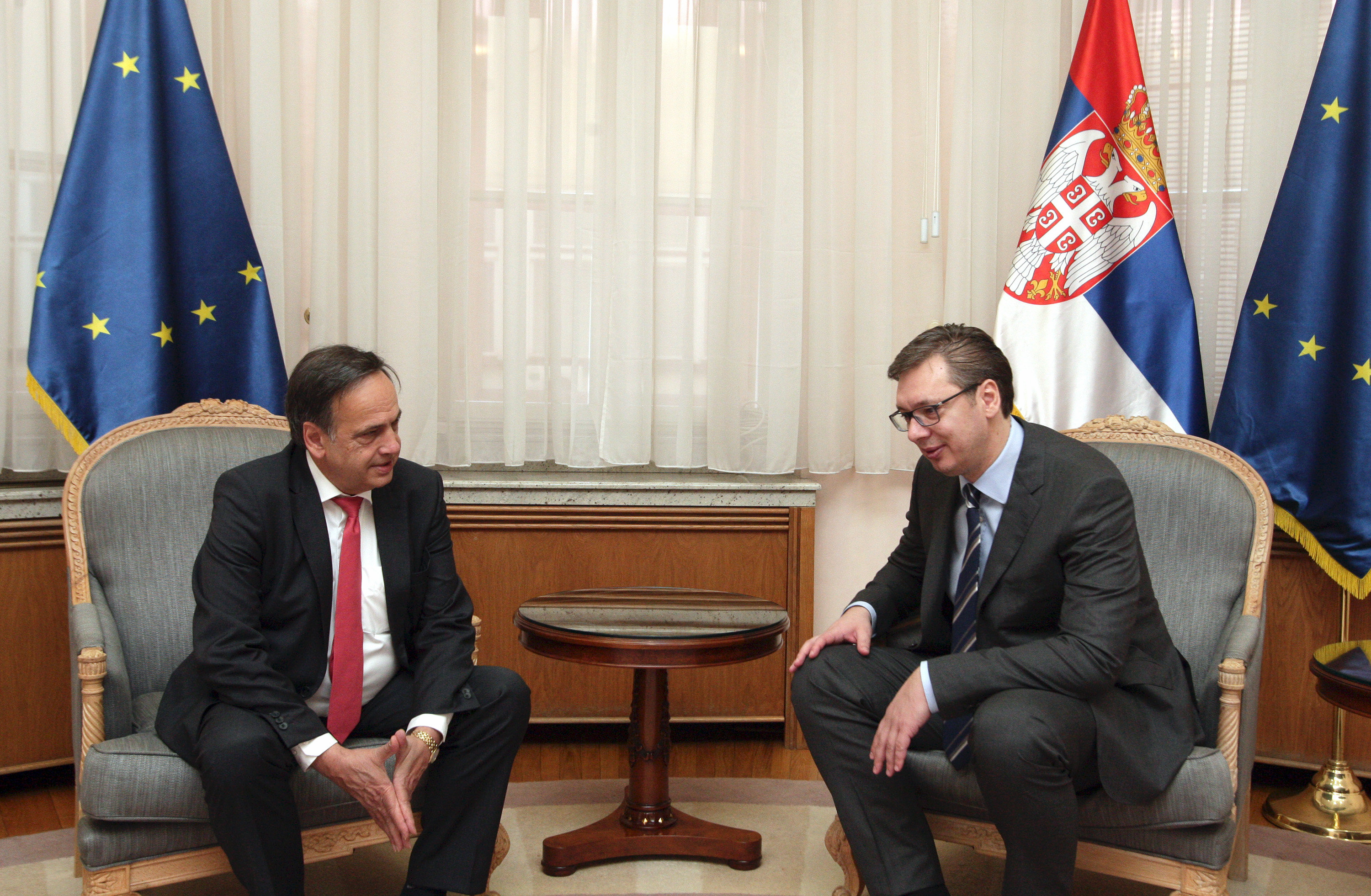 BELGRADE – Serbian PM Aleksandar Vučić and MEP Knut Fleckenstein met on Tuesday to discuss the situation in the region, noting Serbia’s role as a factor of peace and stability in the Western Balkans, Tanjug reports.

Vučić thanked Fleckenstein, vice-president of the Progressive Alliance of Socialists and Democrats in the European Parliament, for the group’s support for Serbia’s European path, the Serbian government press office said in a statement.

Vučić thanked Fleckenstein, who also chairs the board of directors of Germany’s Workers’ Samaritan Federation, for the collaboration of experts and volunteers from the humanitarian organisation with the Serbian authorities in helping migrants in Serbia.

Fleckenstein commended the responsible manner and the good organisation with which Serbia has approached the migrant crisis, the statement said.

Dittmann: Chapters 23, 24 to be opened in first half of year