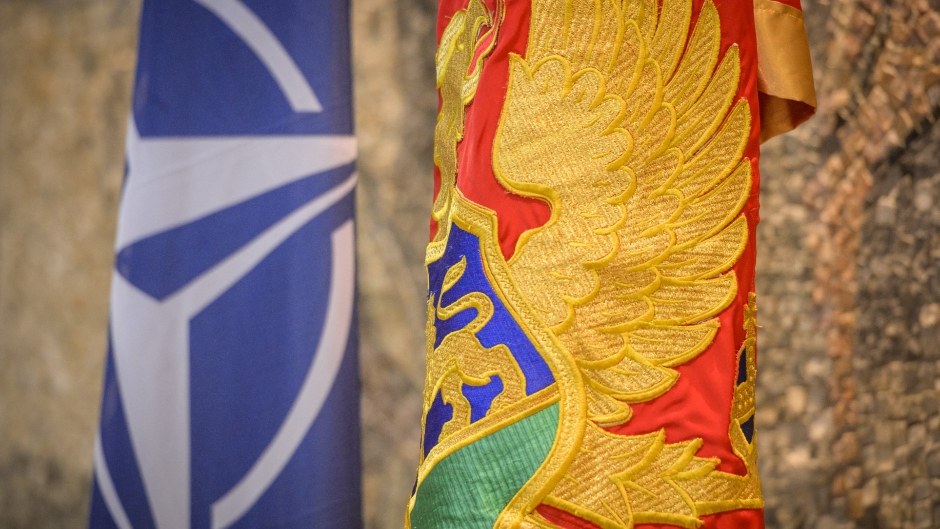 Flags of Montenegro and NATO

PODGORICA – The ratification of the Montenegro’s NATO Accession Protocol in the upper house of Spanish parliament on Wednesday 10 Ma means that the protocol ratification procedure by member states of the alliance has been completed.

The ratification process in the member states of the alliance began in June 2016.

After the Netherlands’ ratification act enters into force on 1 June, NATO Secretary General Jens Stoltenberg is to send an invitation letter to Montenegro to join NATO.

According to the ministry, by depositing the ratification instrument, which is scheduled for 5 June, Montenegro will formally become a NATO member state.

As prime minister Dusko Markovic announced during his stay in Washington a couple days ago in an interview with Voice of America​, by depositing the instrument of the treaty ratification, which is scheduled for 5 June, Montenegro will officially become the 29th member of NATO.

The foreign ministers of NATO member states decided to invite Montenegro to become a member of the alliance and to start accession negotiations at the meeting in Brussels on 2 December 2015.

At a meeting of foreign ministers of NATO member states on 19 May 2016, in the presence of Montenegro’s delegation led by PM Milo Djukanovic, Montenegro’s NATO Accession Protocol was signed and forwarded to the parliaments of all 28 countries of the alliance for ratification.

At a meeting with Secretary General of NATO Jens Stoltenberg in Brussels in January 2017, PM Dusko Markovic said that Montenegro was determined to successfully put an end to NATO despite the pressures which it was exposed to.

Marković: Montenegro to meet EU criteria in the next five years

EC: An investigation on charges of dumping prices of steel