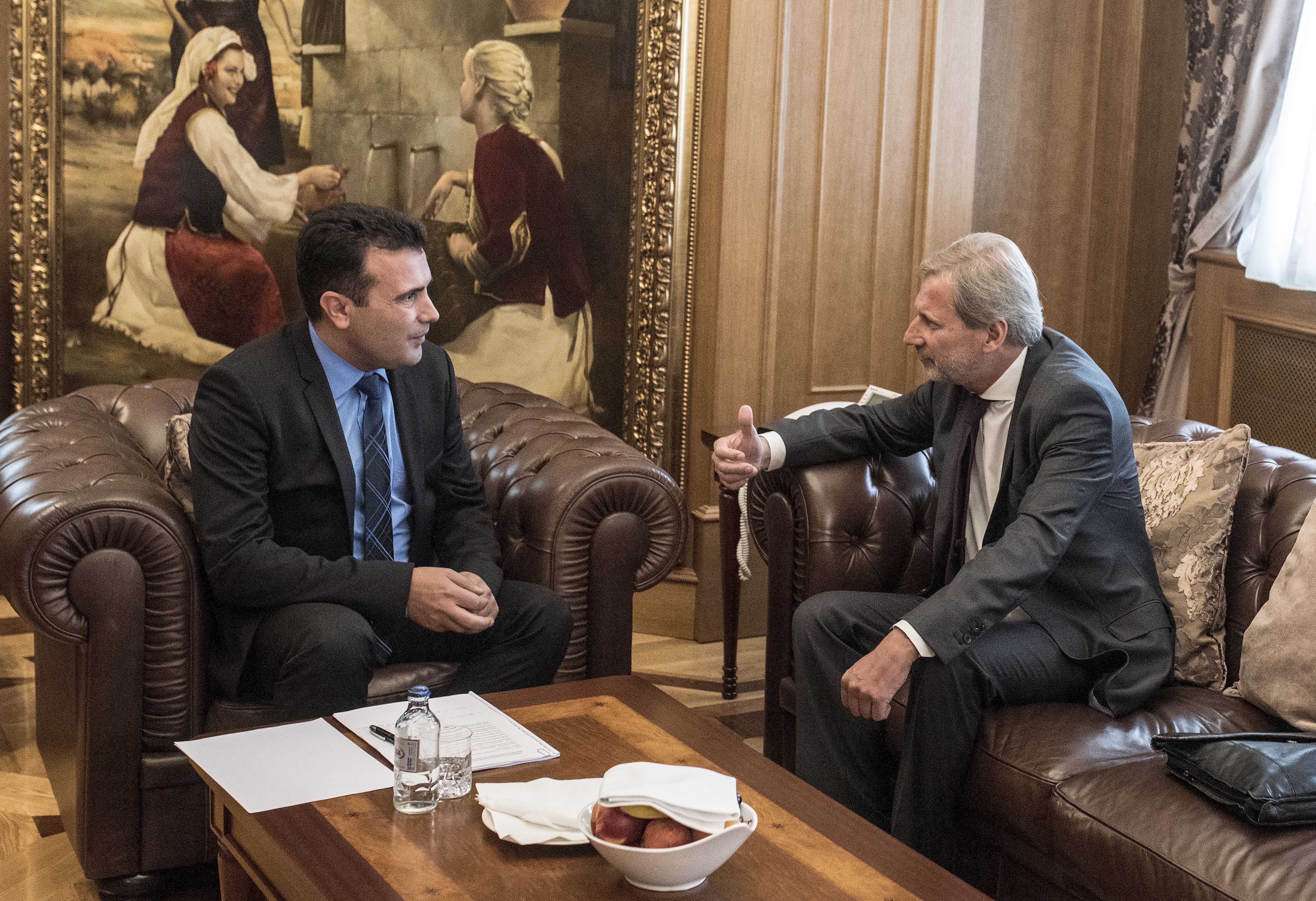 NEW YORK – Continue to work democratically on the commenced reforms, what you will achieve is important for the prospects of your country and the entire region, EU Commissioner for Enlargement and Neighborhood Policy Johannes Hahn said at the meeting with Prime Minister Zoran Zaev at the 72nd General Assembly of the United Nations in New York.

Hahn assessed the government’s initiatives for good neighbourhood and regional cooperation as useful in the process for integrating the entire Western Balkans into the European Union and NATO.

At the meeting, Prime Minister Zaev stressed that the Government is actively focused regarding the realization of the “3-6-9” plan and the activities that are needed to be achieved the Euro-Atlantic goals of the country.

“We will round off the first phase according to the deadline, by the end of September. We have the report from the EU expert, Reinhard Priebe and his suggestions will be taken into account in the second part of the plan that we are already working on. We have been working hard, inclusive, including citizens, civic organizations, political parties, we will make current friendships stronger and build new ones with neighbouring countries and internationally. We expect a step forward into the European integration in the autumn, by removing the conditional of the recommendation, and then we will have a date for negotiations”, Zaev said at a meeting with Hahn, the government said in a press statement.

At the meeting, Zaev and Hahn also discussed the open possibilities for Macedonia’s economic development, through the increased interest of domestic and foreign investors.

After an hour meeting with Hahn, the Prime Minister and the leaders of Western Balkans attended a dinner organized for them by the EU High Representative for Foreign Affairs and Security Policy, Federica Mogherini, at the headquarters of the EU Delegation at UN.

Zaev: The EU provides strong political support to the Western Balkans on its path to the EU