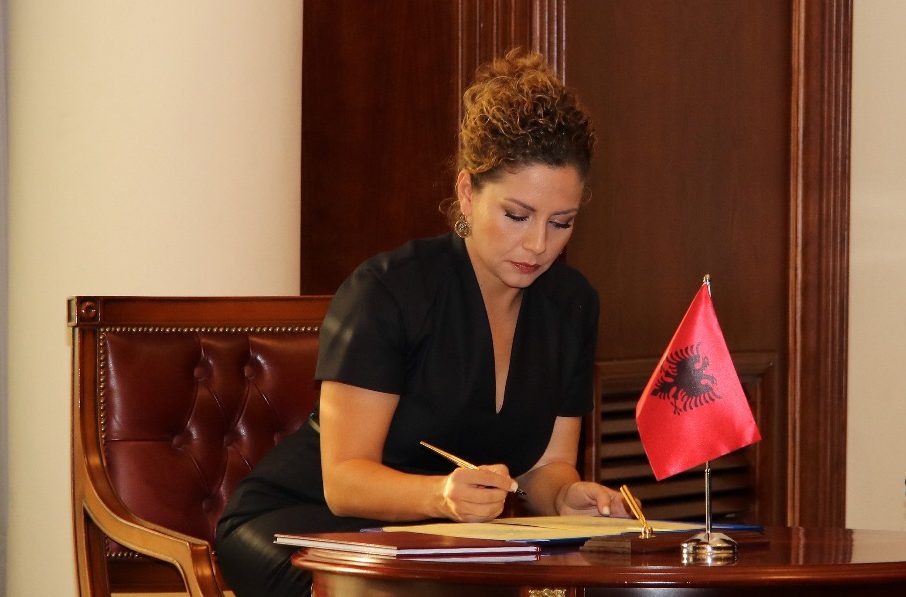 Xhaçka expressed her hope that Minister Berisha will be a worthy advocate of Kosovo aspirations for Euro-Atlantic integration.

“Kosovo integration is a natural destination like for all the countries of the Balkans. Albania is ready to intensify cooperation between the two countries and to share with Kosovo our experience of NATO membership”, said Xhaçka during the meeting of the two delegations.

On his part, Berisha said that Albania is Kosovo’s most powerful ally toward membership in the North Atlantic Organization.

“Kosovo Security Force is set to accelerate its process of transformation into Armed Forces. This is not a step against the Serbian minorities, but to the benefit of all the citizens of Kosovo”, said Berisha.

Following their meeting, Xhaçka and Berisha made a joint statement to say that Albania and Kosovo will continue cooperation and support in political and technical level.

Minister Xhaçka also said that the Plan of Cooperation is being implemented for the current year while the respective staffs are working on the plan over next year.

Following the meeting at the Ministry of Defence, the Kosovar delegation accompanied by the Deputy Minister Petro Koçi followed a training session at the battalion of the Special Forces in Zall-Herr.

Serb MPs voted only for their own ministers in the Kosovo government, media report