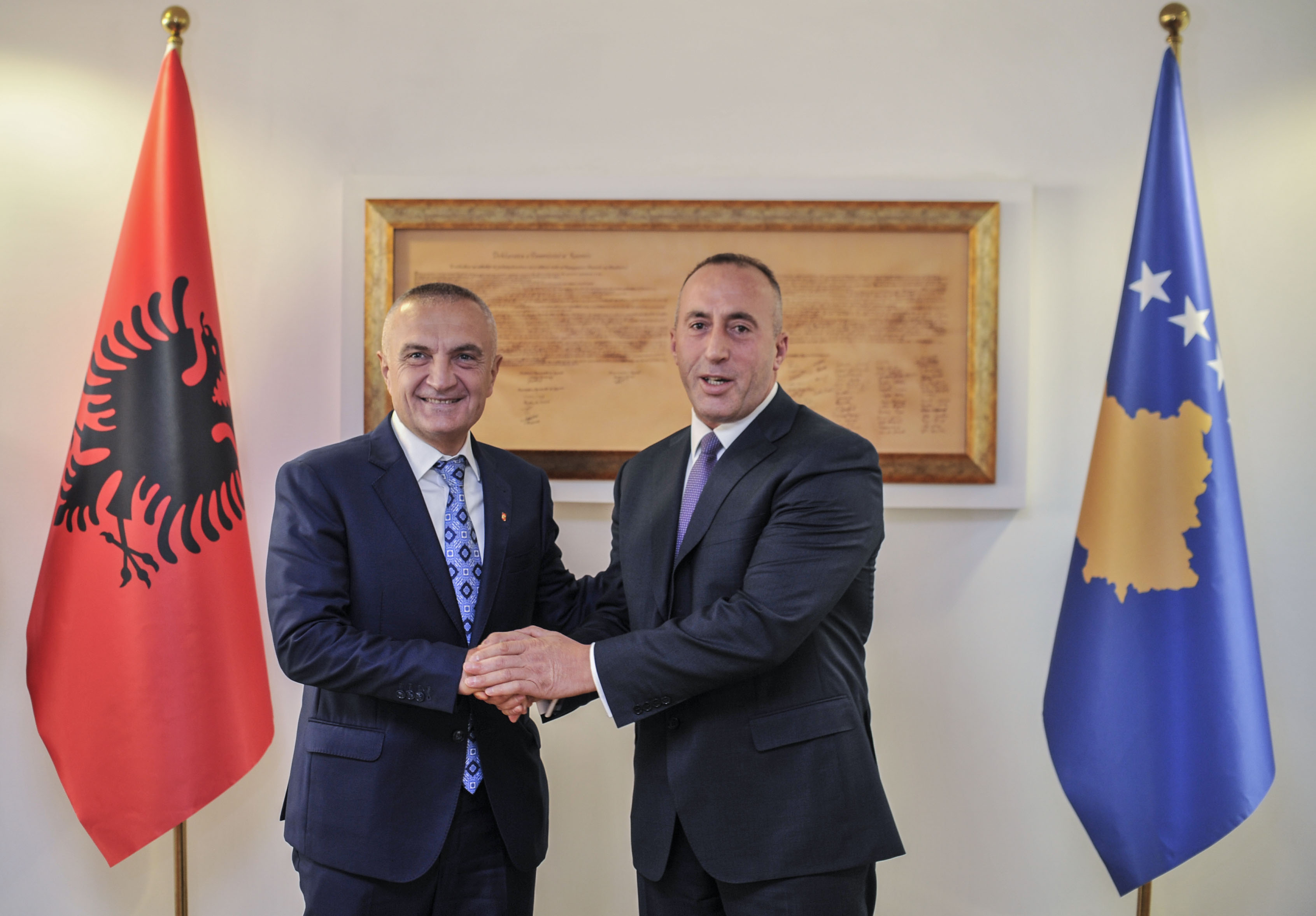 Ilir Meta and Ramush Haradinaj; Photo: The Office of the Prime Minister of Kosovo

PRISTINA – On his first official visit to Kosovo as the President of Albania, Ilir Meta met today in Pristina the Speaker of the Assembly of Kosovo Kadri Veseli as well as the Prime Minister of Kosovo Ramush Haradinaj.

Kosovo and Albania current affairs were at the focus of discussions between Meta and Veseli.

While evaluating the contribution that President Meta has made for strengthening of bilateral relations and promotion of cooperation between the two countries especially during the time he was in the office of Speaker of the Assembly of Albania, Speaker Veseli voiced his readiness to intensify further the cooperation in the mutual interest of the two countries.

Albanian President expressed his confidence that cooperation among the institutions of Kosovo and Albania will continue at a greater pace.

PM Haradinaj and the Albanian head of state discussed the excellent bilateral relations and the common European perspective of both countries.

Kosovo PM noted that Kosovo and Albania need to exchange their experience in European integrationprocess, underlining that Albania’s assistance in Kosovo’s international consolidation efforts and its membership in the international bodies.

Haradinaj said Kosovo has entered a new dynamic with regards to the implementation of the Stabilization and Association Agreement and speeding up efforts to obtain the EU candidate country status.

Meta committed that the Albanian country will continue to provide generous and comprehensive help for Kosovo, especially in the Euro-Atlantic agenda.

For Meta, finding a solution for border demarcation with the Republic of Montenegro and dialogue with Serbia are key for the success of Kosovo in its integrating path to EU.

Dimitrov: Macedonia deserves to start the talks for a EU membership