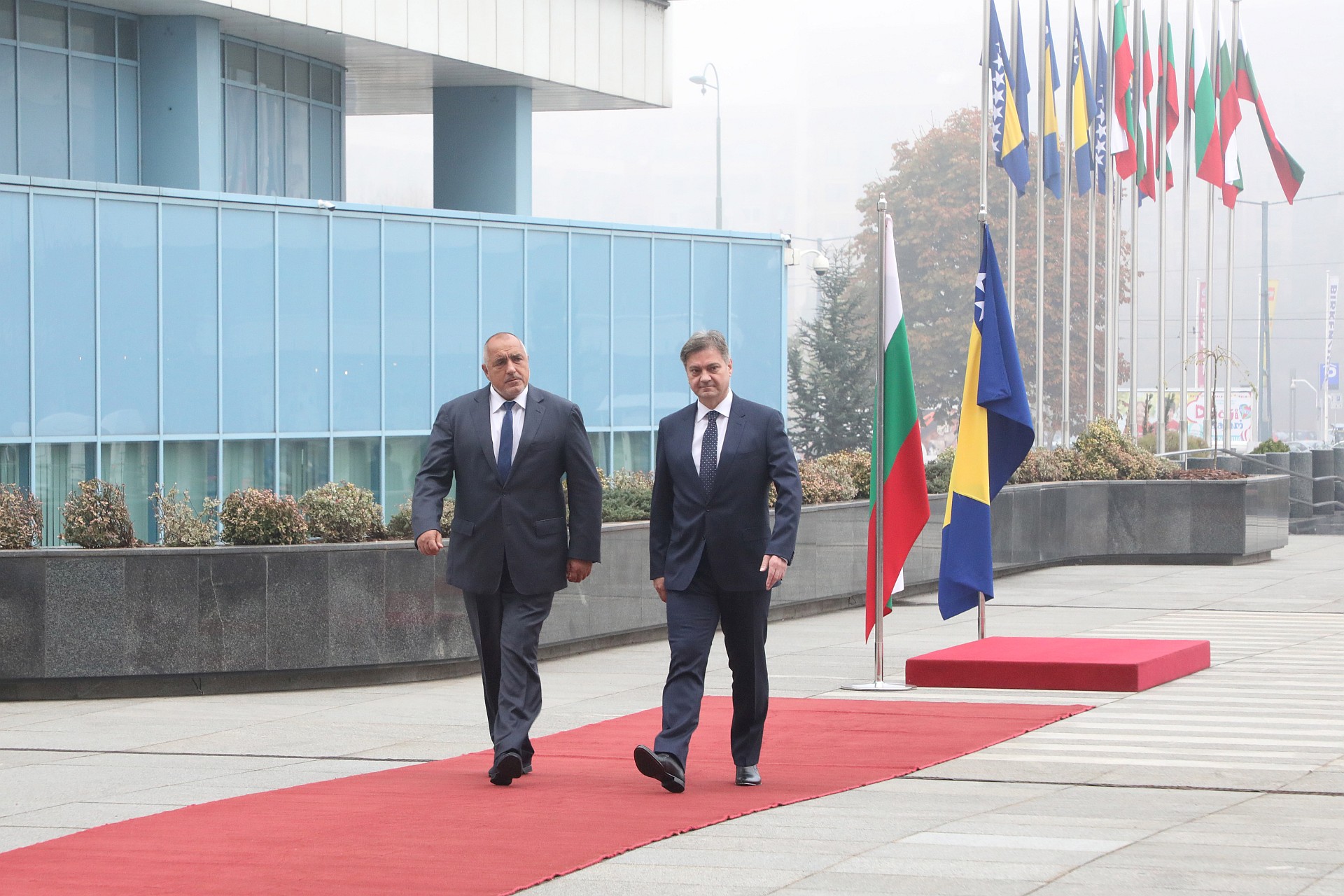 SARAJEVO – The Chairman of the Council of Ministers of BiH, Denis Zvizdic and Bulgaria’s Prime Minister Boyko Borissov, met in Sarajevo on Friday, October 27, and discussed the improvement of economic and regional co-operation as well as the Euro-Atlantic integrations of BiH.

After meeting with Prime Minister Borissov, Zvizdić said he had asked Bulgaria to support its EU accession. He expressed a hope that Bosnia and Herzegovina will be granted EU candidate status soon.

“We have the rare chance that three friendly countries from the region will chair the EU Council in a row – Bulgaria, Austria, Romania. But no one can help us if we do not understand that any return to the past kills prospects. The political elite must solve its problems now,” Borissov said.