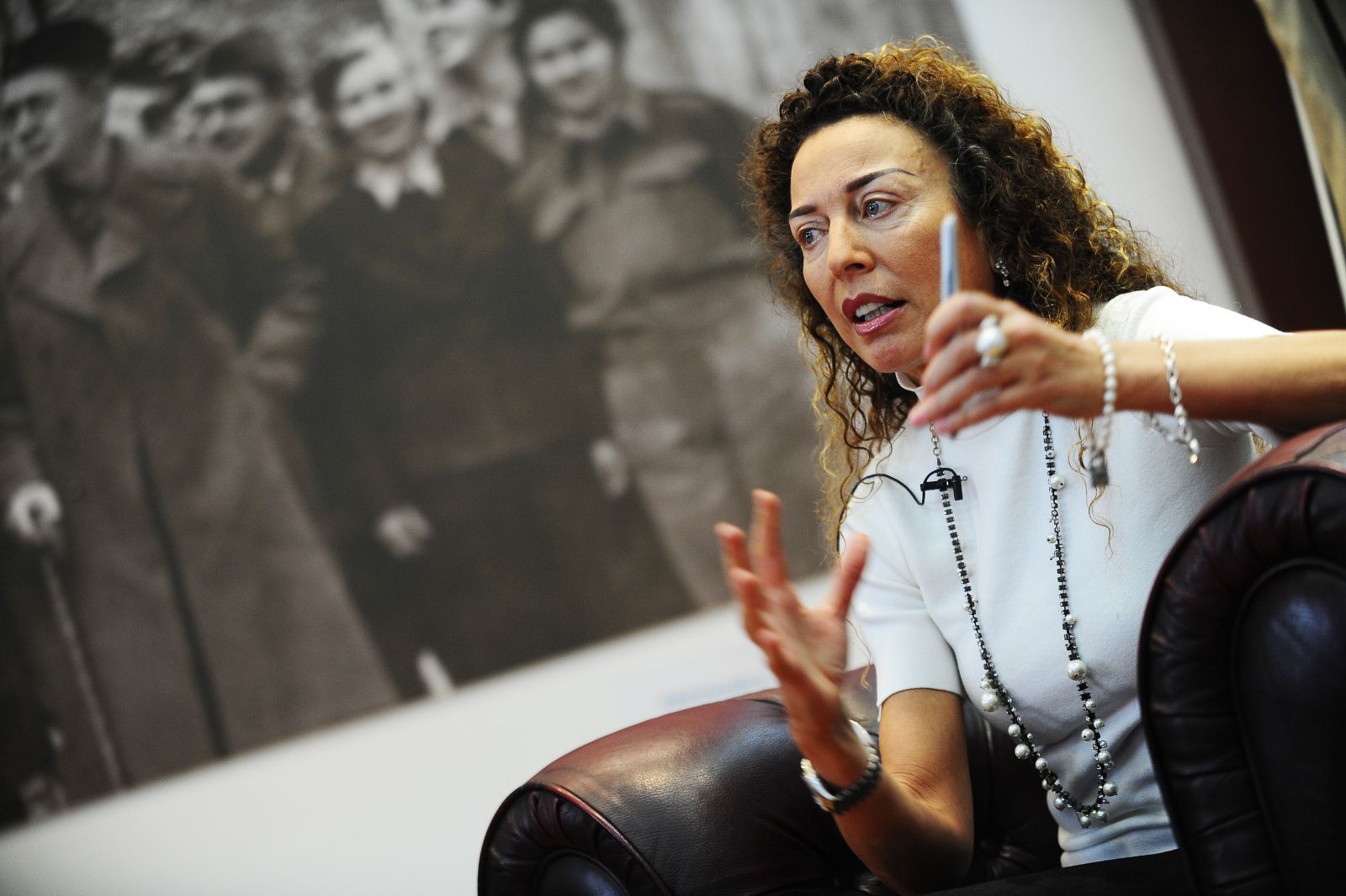 European Western Balkans: The opening of the EastWest Institute office in Belgrade has been recently announced, when you, together with the Co-Chair of the Institute, Cameron Manter, met with the President of Serbia, Aleksandar Vučić, the Prime Minister, Ana Brnabić, and the Minister of Foreign Affairs, Ivica Dačić. When will the office be put in motion?

Maja Piščević: At its spring meeting in London, the Board of Directors of the EastWest Institute supported the proposal of President Manter that the Institute, after more than a decade, ought to return to the Balkans and to support from Belgrade the economic integration processes and the prevention of future conflicts in the region.

The aim of the meetings with the President of Serbia, the Prime Minister, and the Minister of Foreign Affairs was to familiarise with the mission and the specific way the EWI works, as well as concrete talks on possible ways of engaging EWI through its wide network of diplomatic and expert contacts around the world. EastWest Balkans has been operational since the beginning of July and I hope that we will soon be able to announce the first projects.

EWB: Since the office in Belgrade will be the third office of the East-West Institute beyond the borders of the United States, after Moscow and Brussels, should this be understood as a signal of the importance of this region for global security?

MP: Absolutely! The wars that occurred in this region as a result of the disintegration of Yugoslavia are today a past, but the region continues to face numerous challenges, regardless of the fact that they are rarely written on the front pages of the Western media. The Dayton Agreement that ended the war in Bosnia represents today a fragile and often inefficient structure for managing the country. The agreement between Serbia and Kosovo has not yet been reached, and it is a prerequisite for the European future of both actors. Macedonia continues to face internal challenges, and the same can be said for Croatia, although it is a member state of the European Union.

Western Balkan economies still need some help, as was shown in Trieste under the auspices of the Berlin Process. A huge number of young and educated people are still leaving the countries, while important economic potentials, from the information sector to regional tourism, are only marginally exploited.

The good news is that in all fields there is a chance for progress. A meeting in Trieste, which focused on the economic integration of the region, set the stage for a new level of cooperation. Negotiations between Belgrade and Pristina are intensified, and developments in Skopje give rise to hope. In recent years, China’s interest in infrastructure investments within the “Belt and Ring“ Initiative has been discernable. After purchasing a port in Piraeus, China perceives the Western Balkans as the main route to Europe for its products.

All of these are circumstances that can be better or worse, but standstill and passive observation are not a wise and constructive approach. That’s why the EastWest Institute, which was very active in the Balkans in the 1990s but not afterward, decided to re-establish its presence in Belgrade. Serbian and regional leaders have told us that they were interested not only in strengthening ties with the United States, whose new administration has so far unfortunately not shown the determination to engage more intensively, but also to cooperate with EastWest Institute because of our network of contacts, influence, and reputation both in the US and around the world.

EWB: Which topics do you believe that the East-West Institute will be mostly concentrated on?

MP: We see our return to the Balkans as a unique opportunity to do what we are best at: to anticipate problems before they become acute and help different positions and views to get closer to each other, sometimes in overt, sometimes in discrete circumstances, as well as to focus on possible conflicts before they get out of control.

A number of European leaders have never stopped watching the region and I would primarily refer to the Germans. On the other hand, Russia is continuously present, primarily in the energy and media sector. It is therefore important that the USA make their presence visible again, that the Chinese influence is properly understood, but above all that, not only governments but also other participants from those societies, ranging from the private sector to the university, continue to work together to create a better future for all citizens of the region. There will be more migrants going through the Balkans. Turkey will be present with a variable impact. The countries of the Western Balkans will find it easier to deal with these and similar challenges relying on the assistance of the rest of the world.

The EastWest Institute wants to be part of these processes and contribute to the stabilization and integration of the region, as well as to the creation of a unique and developed economic market of over 20 million people.

EWB: Do you expect the EastWest Institute to co-operate with civil society in the region or will it primarily be focused on decision-makers?

MP: As part of its activities, the EastWest Institute cooperates with a wide network of individuals and organizations, from governments and formal decision-makers to civil and private sectors, experts from various fields, from the military, to cybersecurity, and with everyone who, through their actions, knowledge, and thinking, contribute to better understanding of the reality, tension, and challenges that a society today faces. The uniqueness of EastWest is precisely in its mission to create certain networks of trust between the various actors of change around the world.

EWB: What will be the territorial scope of the new office? Will it focus on the region of the Western Balkans in the narrow sense, or will it rather cover the wider Balkan region, perhaps including Turkey?

MP: In addition to the Western Balkans, our center in Belgrade will focus on cooperation with our offices in Brussels and Moscow, but also in New York, Washington and San Francisco, thus using their links and resources for positioning the topic of the Western Balkans and ensuring the support of our traditional partners across Europe and America in order to address the challenges that this region faces nowadays.

EastWest Balkans will be focused on this area, thus following the numerous influences that have been crossing in this area for a long time, and have often been conflicted. In this sense, Turkey, but also China, as well as the European Union, Russia and the US with their interests and expectations from the region, will certainly be part of our focus and analysis.

EWB: You have recently been the moderator of the panel at the Belgrade Security Forum, in which the Prime Minister of Serbia, Ana Brnabić, and the Deputy Secretary-General, NATO, Rose Gottemoeller, took part. What is your impression – has the cooperation between Serbia and NATO developed significantly in recent years?

MP: Since I am not an expert on NATO, during the preparation of the panel, I was quite impressed as I have found out about a wide range of very different programs, over 100 activities a year, which Serbia realizes in its own interest and according to its own will in cooperation with NATO.

It ranges from the reform of the Defense System and the strengthening of security structures, through assistance to Serbia in the removal of unexploded mines and dangerous surplus ammunition, to scientific cooperation in finding innovative solutions to common security challenges and training for United Nations peace actions, but also the assistance in early recognition and support in emergency situations.

EWB: The panel also discussed the problem of low visibility of Serbia and NATO cooperation, as well as the strong negative image of NATO still present in the media. Do you feel that this question is gaining the importance?

MP: In the light of the research according to which 84% of Serbia’s citizens would vote against NATO membership in a referendum, the accurate informing of citizens about the level, but even more about the practical benefits that Serbia gains from its cooperation with this organization, is of great importance for qualitative enhancement of the partnership for the time in front of us.

I think that the Serbian public should clearly and concretely state what the activities are, who are the participants, and what is the true interest of Serbia, which voluntarily decides on the level of this cooperation. These talks, in addition to the meetings with senior NATO officials, such as the arrival of Stoltenberg in Serbia, the visit of the then Prime Minister Vučić to NATO headquarters in Brussels, the participation of the Deputy Secretary General at the recently held Belgrade Security Forum, contribute to a better understanding of mutually beneficial cooperation in the context of military neutrality, just like the good examples of other military-neutral countries such as Austria, Switzerland, Sweden, Finland and Ireland.

Public opinion poll in the Western Balkans on electoral participation