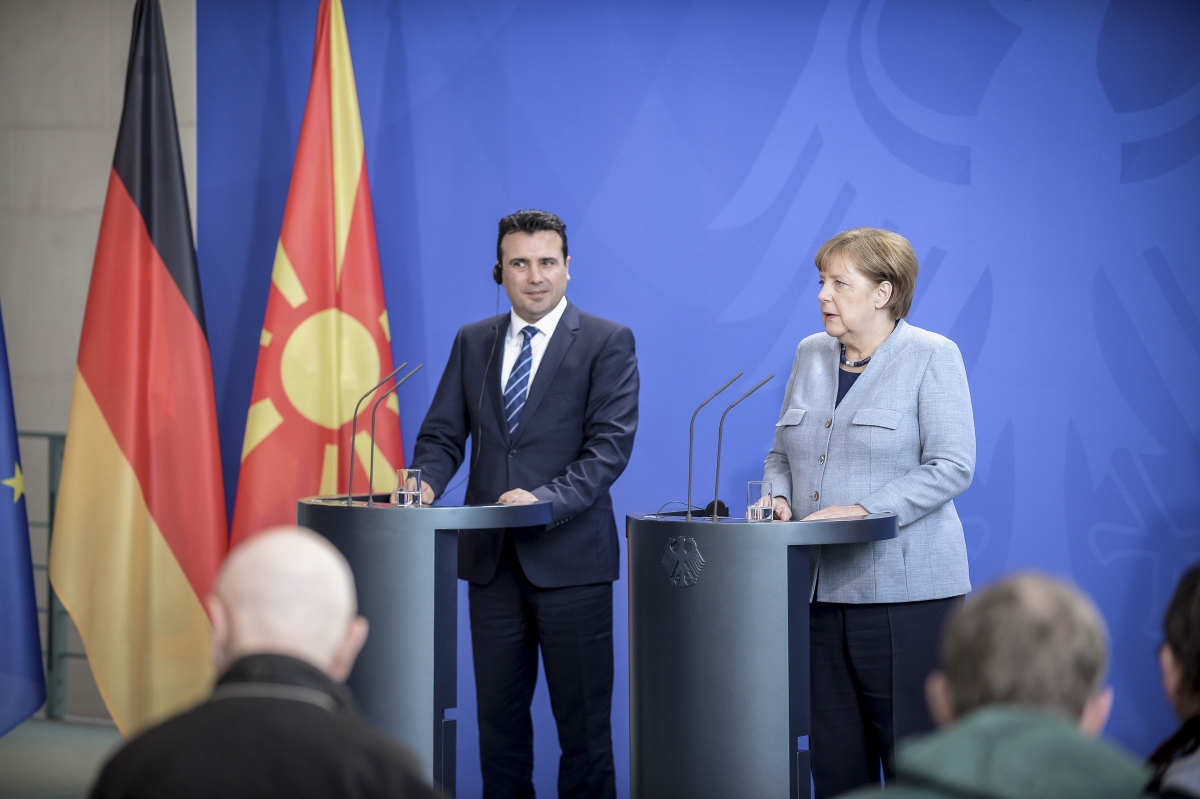 BERLIN – We are focused on fulfilling the conditions, and for me, the years are not important as the figures, but when the maturity of EU accession has been achieved, said German Chancellor Angela Merkel at today’s press conference with Macedonian Prime Minister Zoran Zaev, which was held at the Federal Government of the Republic of Germany in Berlin.

Prime Minister Zoran Zaev has reiterated that Macedonia has no alternative but full membership in the EU and NATO.

“We followed the events in Montenegro before joining NATO and in the negotiations. We are a small country, a positive country, and we want to build relations with all nations, but there is no alternative but EU and NATO membership. I hope we will not have any problems. The whole region has no alternative other than the EU and NATO”, answered Zaev, when asked by a reporter whether there were attempts of interference by Russia in Macedonia.

He thanked the German Chancellor for her initiation of the Berlin process and invited her to visit Macedonia this year.

“It is very important that Germany continues to remain committed to this initiative, and that we deliver results as a result of a courageous leadership. We look forward to the support from the Federal Republic of Germany and I take this opportunity to re-invite the Chancellor to visit us, and visit the Balkans”, said Zaev.

Merkel said she did not want to discuss the name negotiations or any pressures.

“My view is that the pressure in the negotiations is not very beneficial. I have the impression after a long time that both sides have the determination to negotiate. I believe that you also know that public statements can sometimes hurt rather than be of use. Here, the road should be found, not at a press conference, but behind closed doors”, said the German Chancellor.