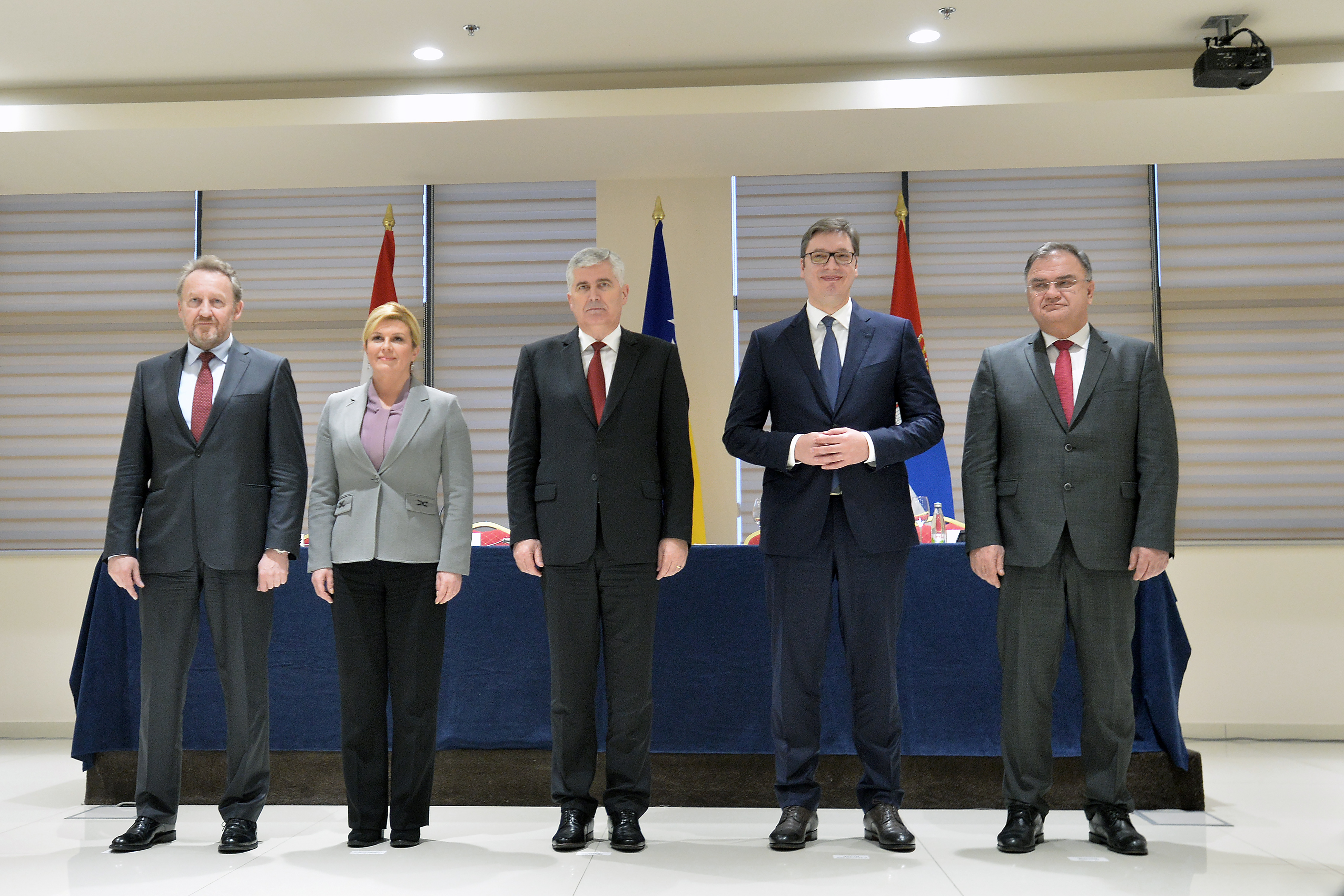 MOSTAR – Serbian President Aleksandar Vučić, Croatian President Kolinda Grabar-Kitarović and the members of the tripartite Presidency of Bosnia and Herzegovina (BiH) – Dragan Čović, Bakir Izetbegović and Mladen Ivanić – agreed after a trilateral meeting in Mostar on Tuesday that it had been extremely useful.

Peace and stability are what the region needs the most, as evident from the growing trade volumes, Vučić told a joint press conference.

“It is important to create a framework where people will feel safe and free in order to get more jobs, but also earn more,” Vučić said, adding that he had suggested that the next trilateral meeting be held in Novi Sad.

Izetbegović said the countries in the region should work on reconciliation and on curbing inflammatory rhetoric and Ivanić noted that “good relations in the ‘triangle’ also enable good relations within BiH.”