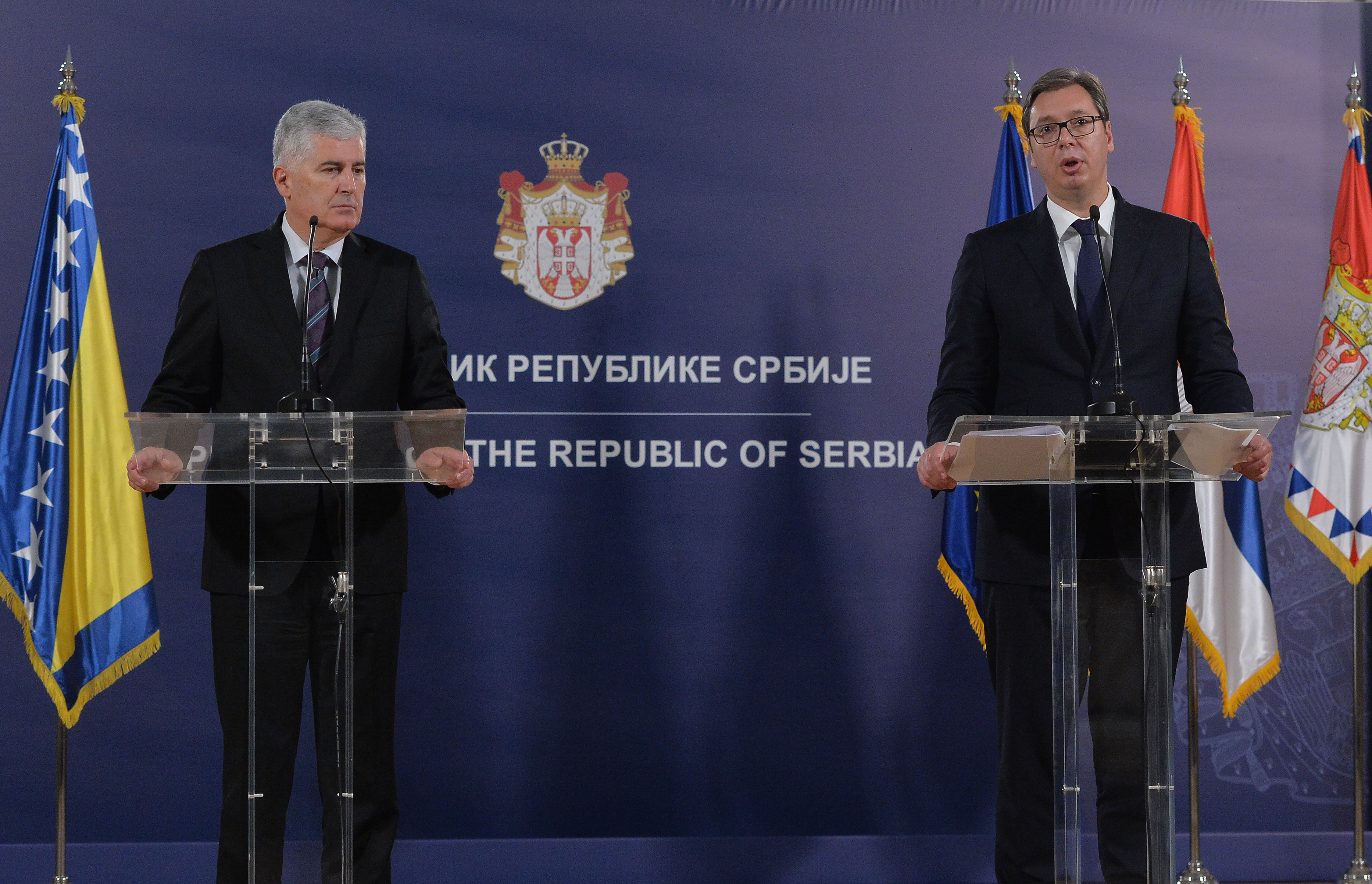 BELGRADE – Serbia is ready for a trilateral meeting of Serbian, Croatian and Bosnia and Herzegovina’s officials, which could perhaps be the most significant meeting for the three countries and the entire Western Balkan region, Serbian President Aleksandar Vučić said on Monday.

The meeting would lead to much more significant and more concrete solutions for numerous political, economic and social issues, he said.

Bosnia and Herzegovina is one of Serbia’s most significant foreign partners, Vučić said.

Čović said he is certain that BiH is moving forward and underlined that BiH’s desire is to be on a path which is leading towards the EU.

“Bosnia and Herzegovina will move together with Serbia on the path towards the EU, while our meetings and relations can secury this goal,” Čović said.