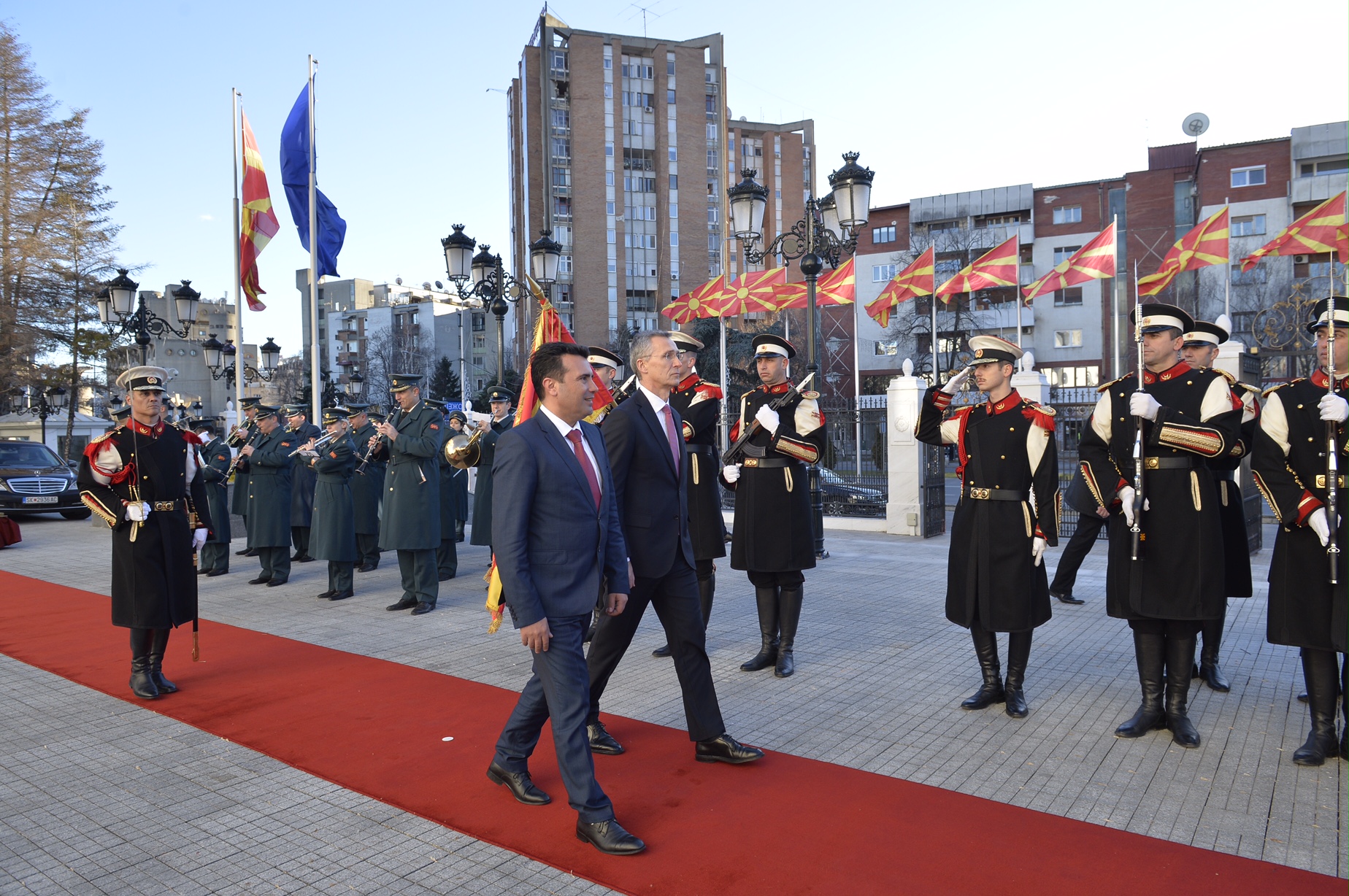 This must sound as a non-starter. More than a decade ago, Serbia proclaimed itself military neutral, first in order to appease the more nationalist, Eurosceptic parties in the government. It has followed the course ever since, both as an aspect and asset of its policy to counter and contest Kosovo’s bid for statehood. Bosnia and Herzegovina lost eight years following its Presidency’s request to activate the Membership Action Plan (MAP). And even if it was reasonable and in line with NATO practice back then, the condition to have all military facilities owned by the state and not by its entities has effectively given Banja Luka an excuse to stall on the issue of membership. Finally in December last year, National Assembly of Republika Srpska (RS) adopted its own Resolution on (protection of constitutional order and) military neutrality. In art. 5 it is explicitly stated that “RS (…) will coordinate any future status with Republic of Serbia as signatory of Dayton Peace Agreement”.

If allowed, Pristina would push for NATO membership immediately. However, its long standing ambition to transform the existing Kosovo Security Force (KSF) into an army has been opposed by both Serbia and political representatives of Serb minority; while for the transformation to take place, consent from all minorities is needed. At the same time Belgrade sees KFOR remaining in place as one of its foremost security interests, the mission being one partner it can rely on. Yet for objective reasons, it has been downsizing over time, with 4,031 troops placed as of February 2018.

So why this talk of NATO membership now? Serbia citizens seem to be opposed to it, arguably more than ever, and they have elected political leaders who, among many other things, promised to keep their country neutral. First we argue that NATO has become in a more immediate way important to the region than the European Union. With the talk of demarcation/border correction between Belgrade and Pristina rife, many researchers have warned of the spillover effect the proposed change might have in the region, if it follows ethnic lines. They are concerned in lesser extent for Macedonia and in far greater, Bosnia and Herzegovina (BIH). Now, for reasons presented here, I am in favor of reaching an agreement that would result in mutual recognition. I believe we have once in a generation chance to reach it and I see reaching such an agreement in the foremost national interest of Serbia. However, because of our recent history, guarantees must be made to our neighbours: they must be assured where Serbia’s ambitions end (and so must Serbia). And there is no greater or more meaningful guarantee to the inviolability of borders in Western Balkans than NATO membership. This is the existential reason why Macedonia’s political elite has chosen the most difficult path of name change.

Second, the once much lauded process of security sector reform, now seems reversible. Let us remember, countries initiated reforms in their security actors aware of the dangers posed by their misuse. Prospect of NATO membership and closer cooperation envisaged by the MAP would provide much needed impetus towards accountable and efficient armed forces, security services and police. Common aspiration would increase trust. The ideal of security community – probably an even greater deterrent (and alternative) to what we have right now, which is increased regional competition – would become attainable once again, taking the region back to the “post-Dayton consensus” which had its heyday in 2006/7. Despite all the benefits of European integration, security is still provided by another actor. NATO membership would thus alleviate the security dilemma and anxiety all of the “Western Balkans 6” face.

Thirdly, while European Union membership may remain elusive for a number of reasons, NATO is closer and easier to attain. This approach is not without its risks: NATO membership did little to improve rule of law in Montenegro, for instance; security sector may well been placed under control, it’s just it is not democratic. But the gains outweigh the risks; and if “stabilocracies” prove to be unsustainable in the long term, it is better to find that out while being inside the bloc.

The question is, of course, how. Even with successful resolution of the Kosovo “problem”, it is hard to imagine Serbia joining any time soon. But Belgrade could welcome – encourage – the notion of BIH entering MAP. That would make for a significant step towards building trust. By 2020, Macedonia (as Republic of North Macedonia) and Kosovo could be NATO members. Turning the public opinion around might prove an impossible task, but some signs of how the ground could be prepared are visible today, with the mainstream media in Belgrade reporting on the “historic agreement”. And although it has its strong reasons, with bombing of 1999 seen today as watershed moment, antipathy towards the Alliance was kept strong by a specific narrative that was readily disseminated. Narrative can (be) change(d).

The maxim known from previous enlargements of the European Union – that one country must join NATO first – will then prove as true once again. Any alternative brings more uncertainty, to Serbia of all countries. With others joining, it would be seen as the revisionist actor; open to outside influences at a time when the EU increasingly sees this as a threat. It alone would face a security dilemma, one it would find very difficult to resolve.

Finally, for remaining countries of the Western Balkans to join, NATO – led by the US – should make that a priority, altering the approach it had for little over a decade. Of course, the initiative must first come from within mentioned societies. Next two years will show whether such a scenario is plausible.

Marko Savković is a Program Director of the Belgrade Fund for Political Excellence and the Belgrade Security Forum.

Extraordinary session of Kosovo Assembly to be held tomorrow

Reply Retweet Favorite
#Serbia 🇷🇸 is in the lead in vaccination against #COVID19, while the #EU 🇪🇺 has failed when it comes to immunizatio… https://t.co/B0vxJYN8DJ

Reply Retweet Favorite
The #WesternBalkan region is on the list of common foreign policy priorities of the new #US 🇺🇸 administration and… https://t.co/g31KZti7Ct

Reply Retweet Favorite
All parties involved in #Kosovo-#Serbia dialogue should seek an agreement leading to mutual recognition, while memb… https://t.co/WYtoXLCMgP