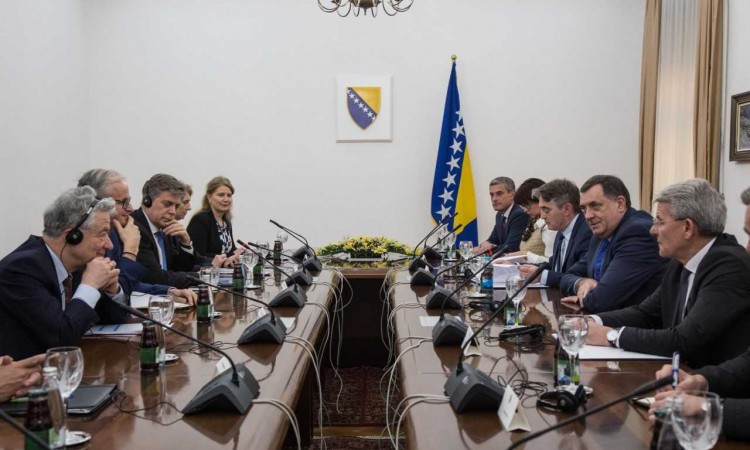 SARAJEVO – Chair of the BiH Presidency Milorad Dodik and members of the BiH Presidency Željko Komšić and Šefik Džaferović met yesterday with Director General of the European Commission for Neighborhood and Enlargement Negotiations  Christian Danielsson and Executive Director for Europe and Central Asia in the European Foreign External Action (EEAS) Thomas Mayr-Harting and informed them that an integral version of answers to additional questions from the Questionnaire of the European Commission was delivered to governments and the Council of Ministers of BiH.

Presidency members expressed hope that the answers will be sent to Brussels by the end of this month, N1 reports. They emphasised that receiving a candidate status this year would contribute to the speed of EU reforms.

Danielsson and Mayr-Harting explained that the Commission’s opinion would serve as a road map for comprehensive reforms in the areas such as rule of law, fight against corruption and respect for human rights. However, in order to receive a positive opinion, a quick formation of government will be required at all levels, they underlined.

The 9th meeting of EUSAIR Governing Board held in Brussels