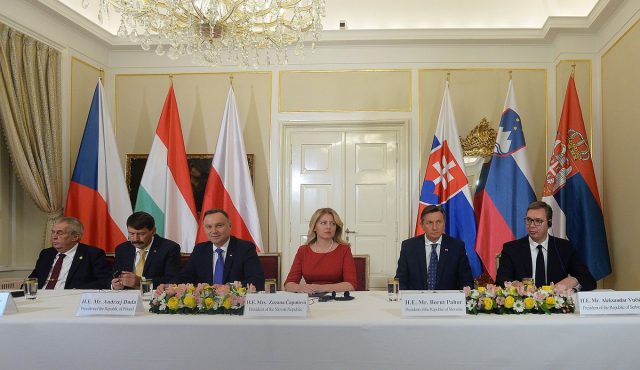 „We are obliged to explain other EU member states that the continuation of the enlargement is in the interests of all of us“, said Polish President Andrzej Duda, adding that EU could have negative consequences, if it forgets that fact.

He stressed that EU doors should be open not only for Serbia, but for all Western Balkans states and that clear deadlines and conditions should be set.

„We know the challenges the countries which want to become the EU members are facing, and we support Serbia on its European road,“ Duda said.

Slovenian President Borut Pahor also supported the enlargement, pointing out that there are EU security risks if the Western Balkans is not integrated, or if it is delayed.

Hungarian President Janos Ader said that all the countries of the Visegrád Group agree that Serbia should become an EU member as soon as possible.

„The stability in the Balkans is in EU interest. If Serbia meets conditions for the membership, the EU should be enlarged,“ Ader said.

Aleksadar Vučić, Serbia’s President, called his counterparts from V4 to support Serbia on its way to the European Union.

“As you once looked at the Western countries, we now look at the Visegrád Group, at your successes, and we hope that one day we will belong to that club,” Vučić said and called Visegrád group to be Serbian representatives in Brussels.

Enthronement crisis: Coordination between Đukanović and Vučić or deterioration of their relations?