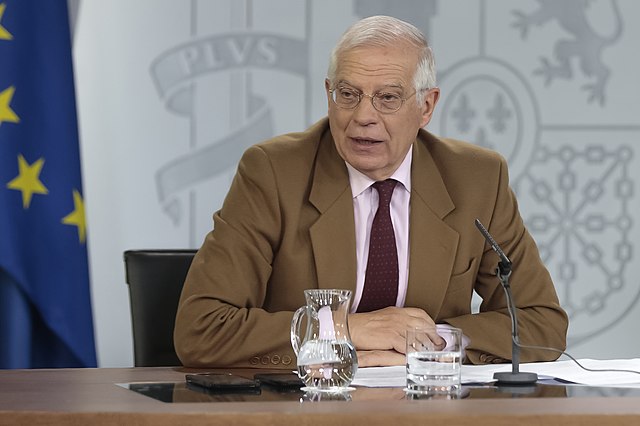 BRUSSELS – The High Representative of the European Union Josep Borrell stated today that the top priority of his diplomacy will be bringing Western Balkans closer to the EU and reaching an agreement in the Belgrade-Pristina dialogue.

“My priority will be to work on a comprehensive agreement between Serbia and Kosovo”, said Borrell in a letter to the Foreign and Defense Ministers of the EU, that has been obtained by Tanjug.

In a letter released ahead of the first Council of the EU meeting, Borrell pointed out his priorities within the EU foreign and security policy, calling for greater unity and a comprehensive approach.

Borrell also outlined two “clear priorities” that make the EU’s foreign affairs more efficient and more strategic: the first in regard to EU concerns about its immediate neighborhood and the second in the sphere of EU relations with geostrategic players in the world.

“In the first place, we must firmly anchor the Western Balkans towards the EU”, said Borrell in his letter.

He added that “ending the conflict and healing the wounds” in the closest EU neighborhood is important for “the stability and security of the EU itself”.

“My priority will be to work on a comprehensive agreement between Serbia and Kosovo, as well as on putting BiH on the path to real stability,” Borrell says.

The EU foreign minister stressed the importance for the EU member states to agree on how to lead the enlargement process. Borrell added that he will work closely with the EU’s foreign ministers and Enlargement Commissioner Oliver Varhelyi.