The day came, indeed. Vetëvendosje’s campaign slogan hides an undeniable truth; the day Albin Kurti secured the premiership, the political landscape in Kosovo switched definitely. For the first time in 15 years, PDK, the central party in Kosovar politics since independence, headed to opposition. That alone made Kurti’s triumph significant, but even more important is the fact that Vetëvendosje triumphed by bringing ideology to local politics. Kurti is going to be the first Prime Minister chosen on a clearly identifiable political platform and whose reputation is not dependent on war tales.

Yet that is precisely his vulnerability. The ultimate success (or failure) of Kurti’s term in power will depend on how well his team can deal with the many crises awaiting, as he is poised to tackle two decades of mismanagement, and Kosovar terms have been notoriously short in the past. Since independence only once a government stayed in power for 4 years, and even then it had to resort to snap elections 6 months earlier than anticipated. I am not going to delve into the hurdles Kurt faces, as several analyses from media and the Civil Society have done so in the recent pass; suffice it to say that calling the task colossal is not an exaggeration in this case.

Vetëvendosje’s triumph may well be the reason of its fall. Think of Greece’s Syriza, or Movimento 5 Stelle in Italy. Parties that started as a protest movement before jumping into politics have a voluble support base. They must solve problems immediately or fail, even more so than traditional parties. Since their sole engine is hope, they usually do not have anywhere to fall back. If they are ineffective, they just crumble (M5S), and even a relatively successful term may not be enough to retain power (Syriza). Kurti should now be wary to learn the lesson from his peers. If his party is to survive his term in power, his government will have to face substantial obstacles, both internal and external.

First and foremost, it will have to manage hope. Hope is a wonderful political tool, but for a party like Vetëvendosje, as said, it is the main source of legitimacy. In the days following the elections and the proclamation of the results, as it became clear that the party would reach a historic victory, excitement was palpable. To many observers, it was something unseen since the declaration of independence. But that same excitement soured somewhat as Vetëvendosje failed to reach an agreement with LDK to share power.

I would not go as far as to say the happy news, once they finally arrived, were met with contempt; on the contrary, there has been some revival. I am afraid, however, that it is fleeting. Succeed, and it will stay up, stagnate, and it will banish. Whatever momentum Kurti gained with the electoral victory, it has lost luster in the months of bargaining, that shown business as usual. Bickering not over policies, but over seats and positions, exactly the precedent Vetëvendosje wanted to shy away from. Kurti understood this, and it was not a coincidence that his first official actions amounted to undoing his predecessor’s legacy, reducing ministerial salaries and posts, and emphasizing his ambitious government program. There is a window of opportunity for him to seize, but it will not stay open for long.

However, it is worth remembering that governmental action is not entirely dependent on Vetëvendosje. This is a coalition, which entails less control on the hands of the Prime Minister, who however remains the most visible face. Ultimately, he will be responsible for whatever his government does, but he had to negotiate his own team; there was just too much at stake. Successes and failures will be shared, but while individual ministers (especially from LDK) will try to take ownership of their achievements, failures will likely remain orphan. Kurti will have to tread carefully between exercising a minimum control over his ministers and avoiding alienating his coalition partner. Considering how past coalition governments have been at odds with themselves, getting the right balance will be anything but easy.

That is even truer considering the shared history of the partners. Both Vetëvendosje and LDK have been very critical of each other through the years. For the former, LDK represented the establishment, more concerned with reaching power than about using it. Conversely, in the eyes of many in LDK, their new partner was little more than an upstart group of activists. Now LDK will be managing some of the most significant departments in government, including a super Ministry of Internal Matters and Public Administration, or well as Education, critical in any social democrat program. While the campaign showed that the new generation within LDK seems in good harmony with Kurti’s program, the old guard remains a powerful group, even making its way to the government. Speeches may have changed, at least publicly, but the persons behind them remain the same. Whether they can put their past aside and work together remains to be seen.

If this was not enough of a challenge, the Government will also have to face an overtly hostile landscape. To a delicate economic situation and important societal imbalances, Kurti’s government will deal with one of Vetëvendosje’s oldest pet peeves, State capture. They argued for years that private interests, both political and economic, had been coopting all layers of the State under PDK’s watch. That seems likely in the light of the Pronto scandal, but that poses its own problems. Entrenched interests are rarely cooperative, especially when it comes to uprooting them. A single term, even a full four years, is not enough time to do so, and the clock is already ticking.

In the past, a constant critique posed by many analysts was that formally independent agencies and institutions were in fact an extension of the government, if not the party. That would even include the President, whose neutrality has been questioned in numerous times by rivals and experts. Now the government has changed, but these other institutions remain. If in the past “independent” regulators, councils, boards and institutions were seen as tame and compliant, they are now likely to rediscover the limits of their formal autonomy. After all, the Constitution and the Law clearly prohibits them from seeking or receiving instructions from the Government, serving just the best public interests.

With these challenges ahead, the opportunities for failure are as immense as the rewards for success. Kurti has proven he is a solid thinker, a sound ideologist and a shrewd politician, able to fend off challengers and rivals, but he is yet untested in managing public institutions. This government, his trial by fire, can be Vetëvendosje’s consecration as a power alternative, but it can spectacularly backfire and end in the party’s demise. Either way its legacy is assured; if Vetëvendosje disbanded tomorrow a new group would rise to fill the space. They brought ideology to an, until then, purely personalist arena, and that change is irreversible, whether the party stays or not. That alone represents an extraordinary contribution to Kosovo’s future that should be lauded. Yet, it would be a cruel irony if the prize was survival. 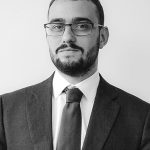 Political and legal analyst specialized in European Affairs and Security, currently based in Pristina. Researcher at Balkans Policy Research Group.