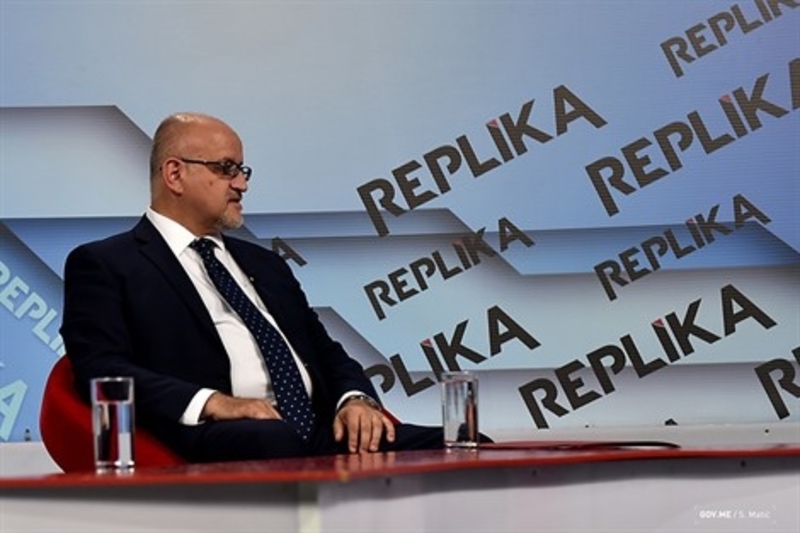 PODGORICA – The Minister of Foreign Affairs of Montenegro Srđan Drmanović says Podgorica is consulting with NATO allies and EU partners when it comes to the international community’s attitude to developments in Montenegro since the adoption of the Freedom of Religion Act.

“This is an internal issue of Montenegro and that there is no need for any kind of arbitrage. Of course, we have well-meaning advice that things need to be resolved through dialogue, which is the direction we have chosen”, Drmanović told Montenegrin Information Agency – MINA.

MFA underlined that “not only Montenegro recognized the interference of others in its internal affairs, “but also our NATO allies”.

Last week Chairman of the EU-Montenegro Stabilisation and Association Parliamentary Committee (SAPC) Vladimír Bilčík met with opposition in Montenegro, where he said that Brussels can not impose solutions for Montenegro, but EU is ready to offer good services. Bilčik also said that, if Brussels received calls from the opposition for engagement, the EU could only be involved at the invitation of all relevant actors in the country.

The dispute over the Freedom of Religion Act, followed by protests organized by supporters of the Serbian Orthodox Church in Montenegro, is lasting for over three months.

The Serbian Orthodox Church in Montenegro has opposed to the Act because of an article stipulating that religious communities must prove ownership of church property in Montenegro that was built or was state-owned by 1918. In the absence of such evidence, the property will be considered state property.