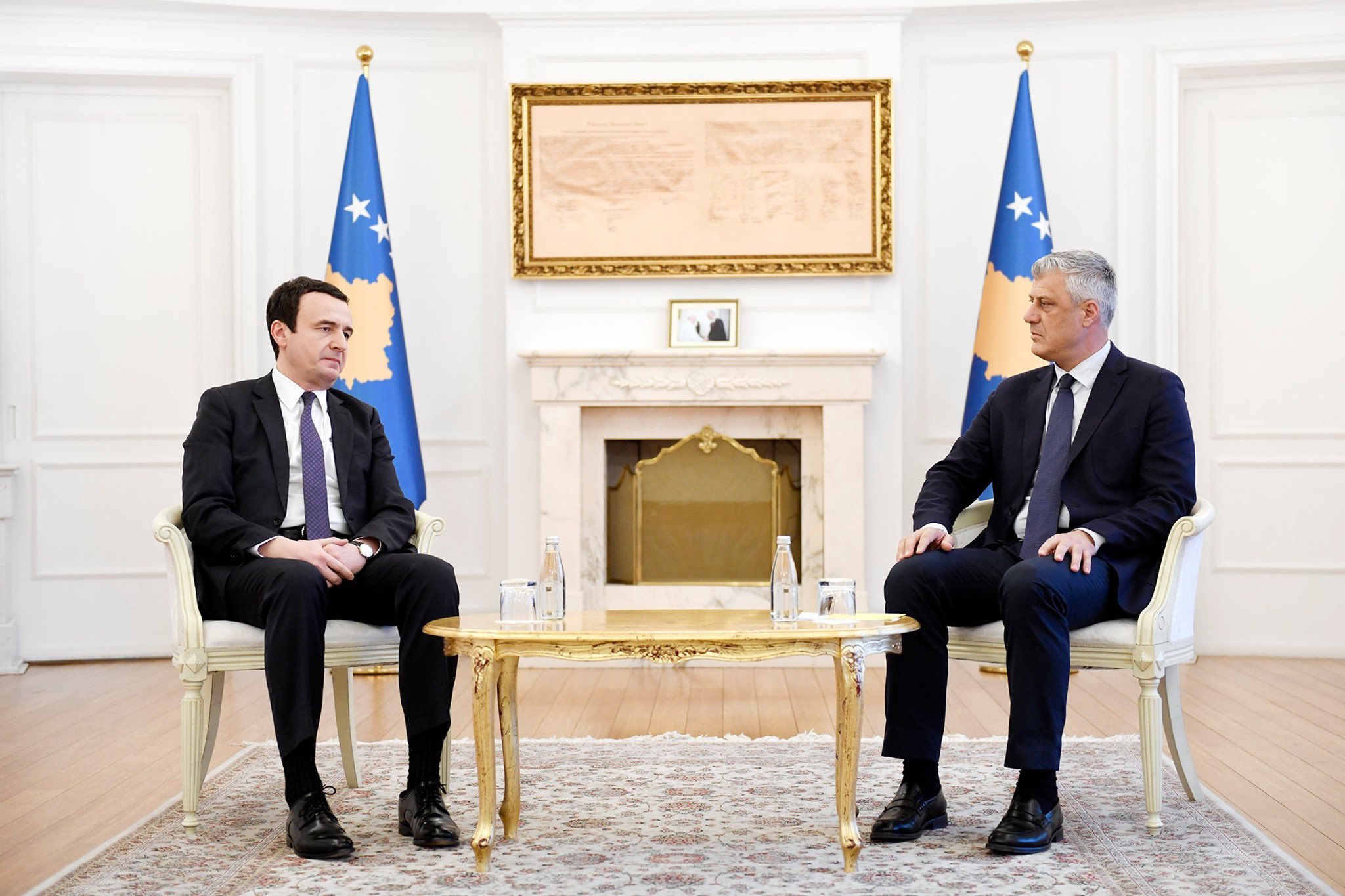 PRISTINA – Caretaker Prime Minister of Kosovo Albin Kurti and President Hashim Thaçi are busily trading blame over the spread of the coronavirus in the Serb-majority north of Kosovo – over which the Kosovo authorities have little control. Reports of an outbreak of new COVID-19 cases in Serb-run northern Kosovo have sparked in-fighting among politicians in Kosovo and accusations of negligence, reports Balkan Insight.

On Sunday, the main hospital in the Serb-run north, in the divided town of Mitrovica, confirmed 26 cases in the three northern municipalities of Mitrovica North, Zvecan and Leposavic.

“The Ministry of Health has declared a quarantine in … Mitrovica North and Zvecan. But we did not want to bang a drum [about it] so as not to deepen one health crisis with another one,” Kurti, whose government recently lost a no-confidence vote, said in a TV message recorded on Sunday.

A day earlier, President Hashim Thaçi accused the Kurti-led government of “negligence and irresponsibility”, calling the situation in the northern municipalities unacceptable.

“The government cannot allow the northern municipalities to function out of the control of [Kosovo] institutions and relevant bodies for prevention of the COVID-19 pandemic, thus creating illegal room for Serbian authorities inside the territory of our state,” Thaçi said. “As President of Kosovo, I am following with great concern the situation in the north,” he added, reports Balkan Insight.

One problem facing Kosovo institutions in the current pandemic is that health and other systems in the Serb-majority municipalities in the north continue to be run de facto by Serbia. The Belgrade-funded parallel health system in the north has been sending its COVID-19 test results to Serbia, for example, with very little or no collaboration with Kosovo’s own institutions. Bypassing established Kosovo health institutions Serbia is causing difficulties in the management of the pandemic.

Kurti said he was well aware of Serbian interference. “We know that Serbia has ambitions on our independent state, which it does not recognise. We know that Serbia undertakes actions against our institutions, especially in the North,” he said.

“We are reporting all of them to KFOR and the international community. We are behaving carefully, especially at this time when public health is above all other priorities,” Kurti said.

Speaking about Thaçi’s specific criticism, Kurti said that politicians both in Belgrade and Pristina wanted conflict in Kosovo, especially in the north, for their own ends, and to facilitate a possible exchange of territory – a policy Kurti had long opposed.

Kurti lost a no-confidence vote in parliament on March 25. With new elections impossible amid the pandemic, the search is on for a new government composed of the current parties in parliament.

Apostolova: Up to 160 million Euros could be made available to Kosovo by EU