The Republic of Kosovo (RKS) has already lost 20 people to the COVID-19 pandemic, 731 cases have tested COVID-19 positive and the Kosovo National Institute for Public Health (NIPH) is monitoring around 6000 other citizens for potential infections with COVID-19. Like many countries around the world, the RKS is facing a situation of unprecedented risks to the lives of its citizens, its economy and its self-sustainability. So far, the RKS is taking all the measures possible within the available capabilities, to avert the virus from spreading despite an overall lack of human security, be that economic, health, food, environmental, community or otherwise.

Unfortunately, in addition to the pandemic, the RKS is also plagued with political instability, deriving from the rifts between the government coalition parties which led to the government’s no confidence vote, a trend in the RKS’ history and a tremendous obstacle at a time when the country is facing a pandemic.

Facing the pandemic is a real-life national emergency that puts all RKS institutions to the test, testing the state emergency system capabilities and the ability to prevent, prepare respond and recover. In the case of RKS, the Strategic Security Sector Review 2012-2014 (SSSR) had already revealed back in 2014 that RKS’s security institutions faced redundancies in their roles and missions, were not coordinated well and were ill equipped to face the potential threats and risks to the wellbeing of the people of RKS and its national security, should there not be drastic changes.

The SSSR was a comprehensive review of the security sector which analyzed the security threats and risk to the people and RKS, as well as the necessary legislative changes, human and technical capabilities to meet them. The SSSR recommended specific measures be taken by the Government of RKS, to ensure raising the national capabilities that would efficiently meet the future safety and security needs of its citizens. One of the low probabilities and high consequence scenarios considered in the threats and risks assessment was the risk of an epidemic. What the review found was that RKS not only lacked a clear and up to date national security strategy that reflected RKS’s current security context, but it also lacked an effective National Response Plan (NRP) tailored to its security landscape and institutions.

The recommendations were never implemented and a new SSSR has not been conducted since. As a result, RKS today faces a grave situation, in facing a pandemic, without a functional Emergency Management System (EMS) and all its accompanying capabilities and thus without its benefits: the ability to efficiently prevent, prepare, respond and recover from a major threat to the security of its people.

At the moment, facing a dire situation as the COVID-19 epidemic is, under the predicament of a missing functional national Emergency Management System (EMS) and an ill-equipped healthcare system, the Government and all institutions of RKS have been put into a situation where all that can be done is leverage “whatever is available” and do the best possible to cut human and losses and long term economic damages. But what is the best alternative, under the current circumstances?

In a situation where prevention is not a possibility, and nor is preparation, the RKS Government is responding with drastic measures, to curtail further contagion and loss of life. It is important to understand that the RKS healthcare system lacks the necessary human and technical capabilities to treat health issues “en masse”. During the 2012-2014 review, RKS had identified its issues with the healthcare system, from management, all the way to human capabilities and the serious lack of technical capabilities. A good illustration is the very limited number of beds equipped for intensive care. Potential solutions, in case one of the risks and threats became a reality included removing other patients to create more space, field hospitals, and the unthinkable eventual necessity for “triage”.

So far, the RKS is facing an epidemic that requires specific human capabilities, like microbiologists capable of conducting COVID-19 tests, of which the RKS has only 3, and equipment like respirators, of which the RKS has only approximately 95, most of which are already in use for critical cases with other conditions. Not to mention, the last strategy on how to face a pandemic was adopted in 2013, and was designed specific to the then threat from SARS (National Institute of Public Health, 2013).

Under the above-mentioned circumstance, the Government of RKS has adopted a quasi ad-hoc approach to managing the COVID-19 situation, which focuses mainly on leveraging what functional parts of institutions are available as well as human and technical capabilities available. This has meant, the Prime Minister has built government actions upon information gathered by the Kosovo National Institute for Public Health (KNIPH) and the Ministry of Health primarily as well as other support institutions. These actions were then issued as government decisions to be implemented by all relevant institutions.

The Government of RKS started with measures to contain the COVID-19 spread in the RKS on March 11, 2020. The initial measures included milder restrictions for public activities, restricting public gatherings, businesses, but not shutting them down completely. At this point the only suspended category were schools and public events (instructed to be held without public audiences). Since then, measures have kept getting stricter. On March 12, 2020, the Government created the Special Commission for the Prevention of infection from COVID-19, a commission tasked to manage the “prevention of infection from Corona Virus COVID-19” on behalf of the Government of the RKS (Government of the Republic of Kosovo, 2020).

The measures proceeded to grow stricter and harsher, with intercity transport being suspended, flights in and out of country beings suspended, and all businesses being severely restricted or completely shut down (save for a select few categories considered vital, examples being the food and pharmaceutical industry) as new cases of infected citizens, with COVID-19, were being confirmed by the Kosovo National Institute for Public Health (NIPH). The government of the RKS declared the public health emergency on March 15, 2020 as cases of COVID-19 infections grew leading to progressively stricter measures, including voiding freedom of movement, except for a specific designated hour and a half, or with a movement permit. The interesting thing in all this is that, contrary to common practice, as measures have grown tighter, the authority for managing the situation has climbed down rather than going up the authority chain.

Meanwhile, the Government of the RKS has adopted an emergency financial package which includes a wide range of financial support packages related to: social assistance, retirement payments, business organizations and public enterprises undergoing financial difficulties, municipalities, field workers, workers of grocery stores and pharmacies, recovery support for exports, and other impacted categories, amounting to around 179,650,000 Euros.

Furthermore, the Government of the RKS “has approved the Initiative for negotiating the package of international agreements in order to ensure public funding to cope with the situation created by the Coronavirus (COVID 19)” with international financial institutions such as the International Monetary Fund (IMF), the World Bank (WB), the European Bank for Reconstruction and Development (EBRD) among others. The government is looking to negotiate a loan of up to 250,000,000 Euros.

Despite these measures, the Prime Minister, on April 12, 2020, initiated a public request for donations to a  state run emergency fund, for all Kosovars living abroad, in an attempt to raise emergency funding to fight COVID-19, having found the state has no emergency funding left over from the previous government.

When facing a pandemic, or any other state emergency related to any threat or risk that can jeopardize the lives of citizens, and national security, it is a critical time to understand the magnitude of resources available to face that threat or risk. The RKS, ideally, would have had the recommendations of SSSR implemented, consolidating its security sector, from the strategic documents all the way down to creating clarity for the roles and missions of all its security sector related institutions as well as raised human and technical capabilities to face such threats, all with a clear vertical and horizontal chain for communication, coordination and cooperation.

The resulting situation is a country that must make do with what it has, a disjointed system, the lack of capabilities in manpower as well as technical capabilities, and an approach of creating ad hoc efforts and units to handle the situation. Now, while it has been commendable to see the current government hard at work to make do with what it has, it is important to understand that a country’s stability and strength lies in strong institutions and a strong system, rather than strong individuals.

To illustrate this better, we should ask if the response to the containment of COVID-19 spread would have been as it is with less capable individuals in crucial institutions?  The answer is, probably not. Therefore, unless the RKS urgently gets the message and learns from this experience, moving to promptly consolidate its security sector and all its necessary accompanying capabilities, including a tailored to RKS Emergency Management System (EMS) and a National Response Plan, the four crucial stages of EMS will never be possible, and facing threats and risks will unfortunately have to end in a “triage” type of situation.

The epidemic has shown that the RKS has not worked adequately in prevention and preparation has been inadequate, hence the intense work now to respond as well as is possible. In cases where prevention and preparation are not handled properly, response and recovery are almost an impossibility. At least not without an immediate great cost in human lives and subsequent long-term wellbeing.

Lastly, as the situation deteriorates, with more COVID-19 positive cases per day, the ongoing political discourse continues to signal disunity and a lack of focus on fighting the pandemic versus resolving the political disputes between the coalition parties, the government and the opposition on creating a new government or holding future elections.

EU: Russia and China are running a campaign about the pandemic 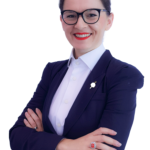 Besa Kabashi-Ramaj has served in several senior and executive roles for the government of Kosovo and its defense sector, as well as international private institutions and nonprofits as a security and cultural intelligence expert.