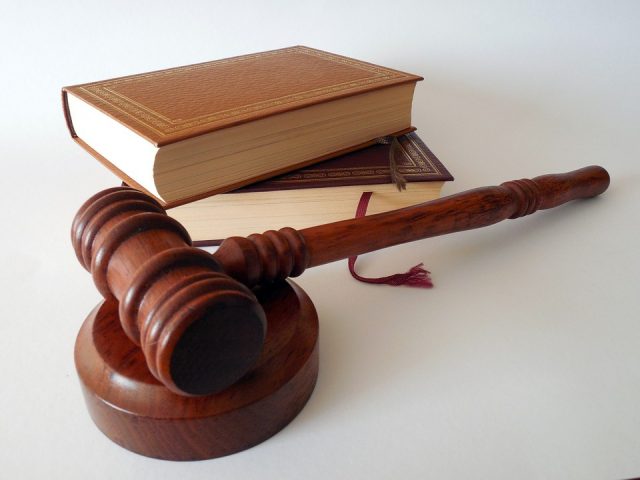 The completion of the constitutional reform, which should ensure the independence of the judiciary, was planned for 2017, when the citizens of Serbia were supposed to vote in a referendum on the proposed constitutional changes.

This was envisaged after the National Assembly of Serbia adopted the National Judicial Reform Strategy in 2013, on the basis of which the Action Plan for Chapter 23 (Judiciary and Fundamental Rights) was drafted, which was adopted by the Government of Serbia in October 2015.

However, apart from the delay, the experts European Western Balkans spoke to emphasized that there is a problem of a material nature and that the amendments prepared by the Government will not ensure the independence of the judiciary.

The Vice President of the European Movement in Serbia, Vladimir Međak, especially emphasizes the fact that the Government wrote the amendments as an unauthorized body.

“The government did not have the constitutional authority to write those amendments, nor to prepare them, nor to send them to the Venice Commission. Even the Minister of Justice admitted that in June 2019. If these amendments are adopted, they will lead to the parliamentary majority in the National Assembly completely controlling the judiciary, even more than today. So it will be a serious step backwards,” said Međak.

He points out that the adoption of the changes in the form in which they are now, would lead to an even greater influence of politics in the judiciary.

“We saw last year that the National Assembly rejected the proposal of the High Judicial Council (VSS) to elect presidents of courts in Serbia. The Assembly refused to appoint those people. For that reason, we now have several dozen courts where we have acting presidents. The Assembly did that last year with the current constitutional solution, and with this new constitutional solution, it will not even come to the point where the VSS can propose something, which the ruling majority in the Assembly will not support. The VSS will no longer be able to submit a proposal that is not to the will of the ruling majority,” explains Međak.

As judge Miodrag Majić said earlier for the European Western Balkans, if the new constitutional framework is introduced as it is in its current form (the last text of the Draft amendment), it will provide “full opportunities to then, we assume, a completely monolithic government to reform the judiciary in a way already noted in the latest “non-paper” on Serbia of the European Commission – under political influence and pressure”.

“I am completely sure that it will further downgrade the judiciary, and that if nothing serious changes in the text, where we have recognized the inserted political influences, the situation will be worse. When it comes to the judiciary, the key problem and the source of all problems is a complete political coloration of the judiciary and political influence. Everything else stems from that – corruption in the judiciary, by which I do not mean only financial moments, but corrupt behavior, from the election of people, the appointment of people, to the non-functioning of the prosecutor’s office,” Majić pointed out.

Will the focus of the new assembly be on constitutional reforms?

On the other hand, the latest “non-paper” of the European Commission emphasizes the process of constitutional reform, which is still “pending” and adds that this delay leaves consequences for future changes and adoption of accompanying laws and regulations”. For that reason, the EC demands that this process be resumed as soon as possible, transparently and comprehensively, and that the parliamentary elections (held on June 21) be awaited in order for it to continue.

“I think that two things are on the agenda of our current, that is, future government, they are the Kosovo issue, and on the domestic level, the judiciary in the first place. Unlike the European Commission, I am not happy with the change of the constitution because I believe that what we have seen so far in the constitutional debate does not encourage us at all that the changes will lead to the improvement of the existing situation,” Majić pointed out.

He added that there are serious reasons to worry about how the further procedure of amending the constitution will take place, when it comes to the judiciary.

Međak agrees that the assembly will start working on those amendments after its constitution.

“I am convinced that they will take the text of the Government’s amendments and present it as a solution, which will be formally and legally a proposal of the National Assembly, i.e. the Committee on Constitutional Issues. However, there should be a public debate, a working group, and professors of constitutional law must be engaged. For example, we do not know who is the author of the text of the Government’s amendments, there was no working group, and theoretically and officially it was written by the officials of the Ministry of Justice. It is inadmissible for such an act to be written in such a way, without the participation of professors of constitutional law,” explains Međak and adds that he believes that this will be a scenario that the Government will try to implement through the National Assembly, which is completely under its control.

He emphasizes that we must fight to prevent that from happening, because if these constitutional changes are implemented, the judiciary will be under the complete control of the ruling majority, which applies to all three branches of government and leads to the unity of authority.

The process of constitutional reforms in the shadow of European integration

The move should bring more independence to the judiciary and prosecution, bringing Serbia closer to EU standards.

However, Međak explains that if the amendments in their current form were to be passed now, due to larger political issues, it is very likely that by the end of the accession negotiations, one of the member states would again raise the issue of judicial independence.

“The current amendments may meet the minimum standards of the Council of Europe, but they definitely do not meet the standards in the EU, especially having in mind everything that is happening in the EU in Poland with the restriction of judicial independence and all the problems that have arisen because of that. If a member state raises the question of the independence of the judiciary again, then we would probably have to change the part of the Constitution that refers to the judiciary once again. We will certainly have to change the Constitution twice, once now and once before the end of the process of joining the EU,” Međak points out.

He explains that before joining the member states, an integrative clause is inserted which ensures that EU law is valid on the territory of Serbia, in the same way as in all other member states, and that since our Constitution does not provide for such a possibility today, it will be necessary to amend the constitution to introduce said rights.

“This is done before the end of the negotiations, when the negotiations are over and when it is certain that the state will enter the EU.” Then, the possibility should be introduced for the citizens of the member states, with legal residence in Serbia, to be able to vote in the local elections in Serbia and in the elections for the European Parliament in Serbia,” Međak points out.

The Vice President of the European Movement in Serbia emphasizes that if Serbia adopts these amendments, which are bad, written by the Government as an unauthorized body, that it will have to change the Constitution in that part by the end of accession negotiations, and that the damage to judiciary will be irreparable, because it will probably lead to exodus of judges and prosecutors from the judiciary.

“It is a big scandal that the Government did something for which it is not competent by the constitution, to admit it publicly and that nothing happened. That shows how much the respect for the Constitution in Serbia is an arbitrary thing,” says Međak.

Judge Majić highlighted that the question is to what extent Europe will insist on the final product and what it will look like.

“I’m afraid I’m quite skeptical about everything we’ve seen before. Regardless of the fact that the judiciary is formally placed in the focus of the European Commission (according to the latest non-paperwork), it is still not in focus”, said Majić and added that he is afraid that judiciary will be a victim of bigger political issues.

Hungarian minority party achieves a “historic success” in Serbian elections: How will this affect the community?

EU: Pristina to appoint a negotiator for dialogue