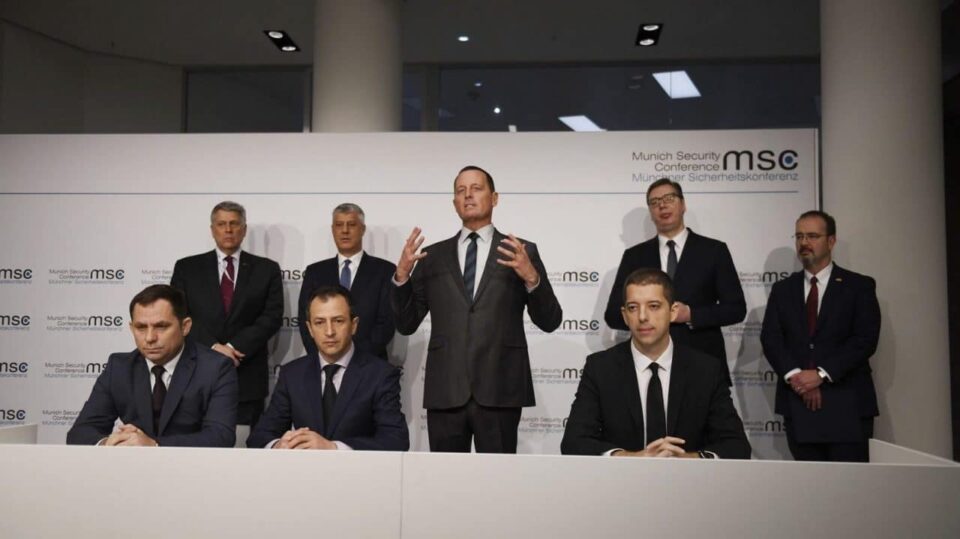 Even in the most ambiguous of times for the whole humanity in the 21st century, caused by the continuing “battle” with COVID-19 pandemic, the issue of Kosovo-Serbia dialogue or normalization process – regardless of how we chose to call it, proved to be of greater importance.

In the midst of the pandemic crisis, a recently formed government led by Albin Kurti was ousted from power and a new one led by Avdullah Hoti was formed. The latter surely through a highly-disputed ruling of the Constitutional Court, which is predicted to yield long term effects on the democratic functioning of institutions and the very meaning of elections in Kosovo. However, as argued by politicians, extraordinary times require extraordinary measures, thus a new government that proclaims good relations with the US was considered imperative. Whether a right move or not, it’s still an ongoing debate in Kosovo.

Nevertheless, the long proclaimed and awaited meeting in the White House is around the corner and the citizens of both parties are awaiting to taste “the promised fruits” of the event. Yet the path towards Washington D.C. was not an easy one. It was filled with hurdles which without any doubt brought changes to the once projected path which reflected the complicated nature of the relations between Kosovo and Serbia. On top of it, the role of geopolitics, as always, proved momentous in solving similar open issues.

We noted as the rhetoric changed from the attempts of the parties to reach a political agreement in the Rose Garden into ones which aim to push parties towards (an) economic agreement(s). Whether still in the Rose Garden or not remains to be seen, leaving one wondering whether a different agreement was in the ‘shelves’ at that time. When the issue of ‘border correction’ landed on the negotiating table public opinion witnessed official Berlin and Paris stepping up and retracting their trust from the process led by their very own High Representative to the only trust it back to a new appointed High Representatives and Special Envoy.

Without the intention to partake in the highly polarized discussions on whether there was a ready drafted agreement or not, one cannot but wonder whether the course of action would have been different if the proclaimed meeting would have taken place at beginning of this year. Or the one planned at the end of June called off after the announcement of the Specialist Chamber would have been still different from the one which will take place in the coming two days. We could even go as far as looking back to a more than a year ago when Ramush Haradinaj was still in power and the request to remove the 100% tariff was the everyday articulated request of our international partners, US included. How different would the results of that meeting if held at that time?

Looking back on these developments, it should help us draw lessons and, if not predict then, reflect on the future. Whether we missed the chance to witness a breakthrough agreement which would’ve put an end to the century-old enmity between Kosovo and Serbia or prevented a bad agreement with ‘knives on the map’ it’s hard to be told. Yet what we can know without any doubt is that no matter the results of the meetings in the White House, the path towards normalization between Kosovo and Serbia is a long and winding one. It will entail the resilience of a few generations.

The White House Agreement can build a bridge towards this path, as can the Brussels process. Yet for any or both of these processes to deliver long term sustainable results, a few important elements are inevitable.

Firstly, only by having the courage to look at the past and take the responsibility for the wrongdoings, the way for a meaningful peace can be paved out. In this regard, Serbia should change its political rhetoric on how it treats its responsibility for the war crimes committed in Kosovo, accept its responsibility and ask for forgiveness. On the other hand, Kosovo should remain committed to do its part on brining justice for all the crimes committed and make continuous strives to make its multiethnic society viable, protect and nourish its rich multicultural and multi-religious character.

Secondly, the spirit of negotiations should reflect a determination by both sides to move on and build a better future for the citizens of both countries. These negotiations should not become another attempt to patch things up through artificially balanced processes and continue to demand new unviable concessions from Kosovo as a ‘payment’ for Serbia’s recognition of its statehood. Rather serious attempts should be made to ensure that the rights of the Albanian community in Serbia are guaranteed to the same degree as the rights of the Serb community in Kosovo.

Thirdly, gaining the trust of the citizens should go hand in hand with the process by being honest with them but foremost by pushing them towards greater mutual understanding, cooperation and eventually reconciliation.

Lastly, any long-term solution should have on one hand – the formal mutual recognition, the tangible European perspective for Kosovo starting with the recognition of five non-recognizers and its membership in the international organization, UN included. While on the other, a solution which ensures that Kosovo remains a fully functional multiethnic state.

This can only happen through a concerted transatlantic unity. The seeds towards this agreement can be sowed in the meeting in Washington D.C. Yet it will take for great determination and courage by both sides and the international community to ripe its fruits. 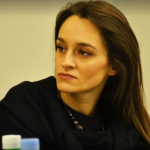 Project manager at the Kosovo Democratic Institute (KDI). She served as Political Advisor to the President of Kosovo, Atifete Jahjaga, engaged in the field of foreign policy, economic development, promotion of human rights and gender equality. She graduated in International Affairs at the Johns Hopkins University, School of Advanced International Studies (SAIS).

How did the Serbian media report about #NATO during #COVID19 pandemic? We talked to Dajana Ostojić, Researcher at… https://t.co/bmzbRNaFTN

Reply Retweet Favorite
“Having Roam Like At Home” regime in #WesternBalkans as of 1 July 2021 brings the region one step closer to the WB-… https://t.co/mmbTIwpuDr

Reply Retweet Favorite
EU High Representative @JosepBorrellF said yesterday that the #WesternBalkans region has a place and future in the… https://t.co/3nTpbH27lo

Reply Retweet Favorite
What is happening with the prosecutorial laws in #Montenegro 🇲🇪 and why it has created tensions in the parliamentar… https://t.co/awoNKTLeub