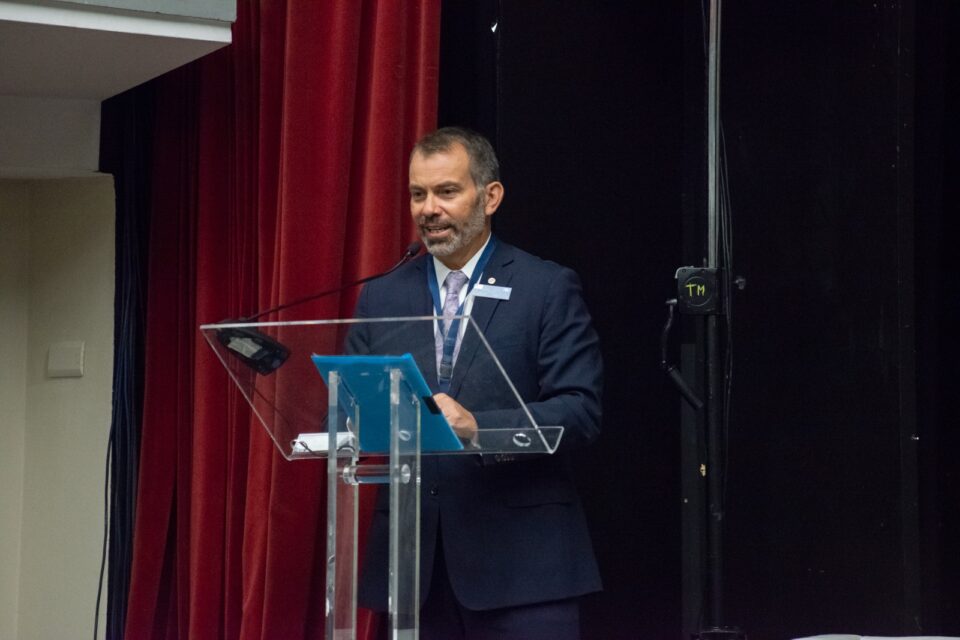 On the occasion of the NDCF High-Level Conference “Balkan Perspectives 2020. The Fight for a Timely Inclusion”, we have interviewed Stephen J. Mariano, Dean of the NATO Defense College in Rome. Prior to that, he was Professor of National Security Studies at the National Defense University’s National War College. Mariano taught military strategy and comparative military systems at the U.S. Military Academy at West Point, as well as politics and U.S. foreign policy at the Royal Military College of Canada. He also served as Strategic Plans and Policy Officer within NATO’s International Military Staff in Brussels and at the U.S. European Command in Stuttgart.

Dr Stephen J. Mariano: Western Balkan countries have bright futures but are currently challenged by tensions over “identity.” They are pulled between eastern and western orientations, for example, by having to choose between different political systems and different economic arrangements. So the solution is finding the balance of policies that accommodate their national culture, experiences, and identity with future political, economic, and security aspirations.

EWB: In the last couple of years both Montenegro and North Macedonia became members of NATO. How do you see NATO’s interest in enlargement in the Western Balkans?

SM: Former US president George H.W. Bush was once accused of not having “the vision thing”, referring to his lack of clear direction for the United States. Later, former US President Bill Clinton spoke of a Europe “whole and free”.

Putting those ideas together is important: strategic vision provides “stars to steer by” and that vision includes an integrated Europe which includes Western Balkan states, in political, economic, and security communities of Europe.

Without committing to a specific timeline, it’s clear that Western Balkan states could eventually contribute to the security and defense of NATO and its member states. Here at the NATO Defense College we are grateful that Serbia continues to send its personnel to our courses.

EWB: Last month, Serbia bought the FK-3 air defense system from China and thus became the first foreign country to do so. The media reported that it was a shock even for Russia, which is a traditional partner of Serbia, while NATO reiterated its position that Serbia has the right to security arrangements that are in line with the country’s interests. How do you see the dynamics of Serbia’s relations with Russia, China and NATO in the future?

SM: As the NATO Secretary General recently said, Serbia has its right to its own security arrangements and freely entering such relationships is a healthy sign of democracy. Unfortunately, less powerful nations have less decision space in determining those relationships and are sometimes caught in relationship traps – frequently those traps are economic though sometimes security-related.

When nations survey the international environment, most of them choose to align themselves with NATO, its member states and partner nations.  In fact, in numerical terms, NATO member states have an enormous number of allies and partners compared to Russia and China. Hopefully, Western Balkan nations will come to see that NATO is the organization of choice for Euro-Atlantic security concerns.

EWB:  In recent times, there has been an increase in arms purchases by Croatia and Serbia. Many media and analysts believe that this is a kind of an arms race. On the other hand, NATO Secretary General Jens Stoltenberg said that he respects the security arrangements that Serbia is making. What is your position on this and is this concern in the public justified?

SM: Personally, I don’t think there is an “arms race” between Croatia and Serbia, but great powers are competing in different, non-military ways, which could have a secondary effect on smaller states, including NATO members. The bottom line is that NATO will continue to deter aggression in the Euro-Atlantic area and protect its member states, and that includes countering misinformation campaigns.

EWB: Recently, we have witnessed growing tensions between Turkey and Greece, which are both NATO members, in the Aegean Sea. How does this affect NATO and can it lead to a crisis in the Alliance?

SM: The Alliance has proven to be a useful forum for consultation across a range of tensions for over 70 years. As evidenced by the Secretary General’s recent discussions with Greece and Turkey, NATO will continue to embrace all its member states. So, the fact that Greece and Turkey are both NATO members actually means the situation is less of a crisis than if only one state was a member.

Putting Kosovo on EU’s map: A short (and easy) guide for the new government