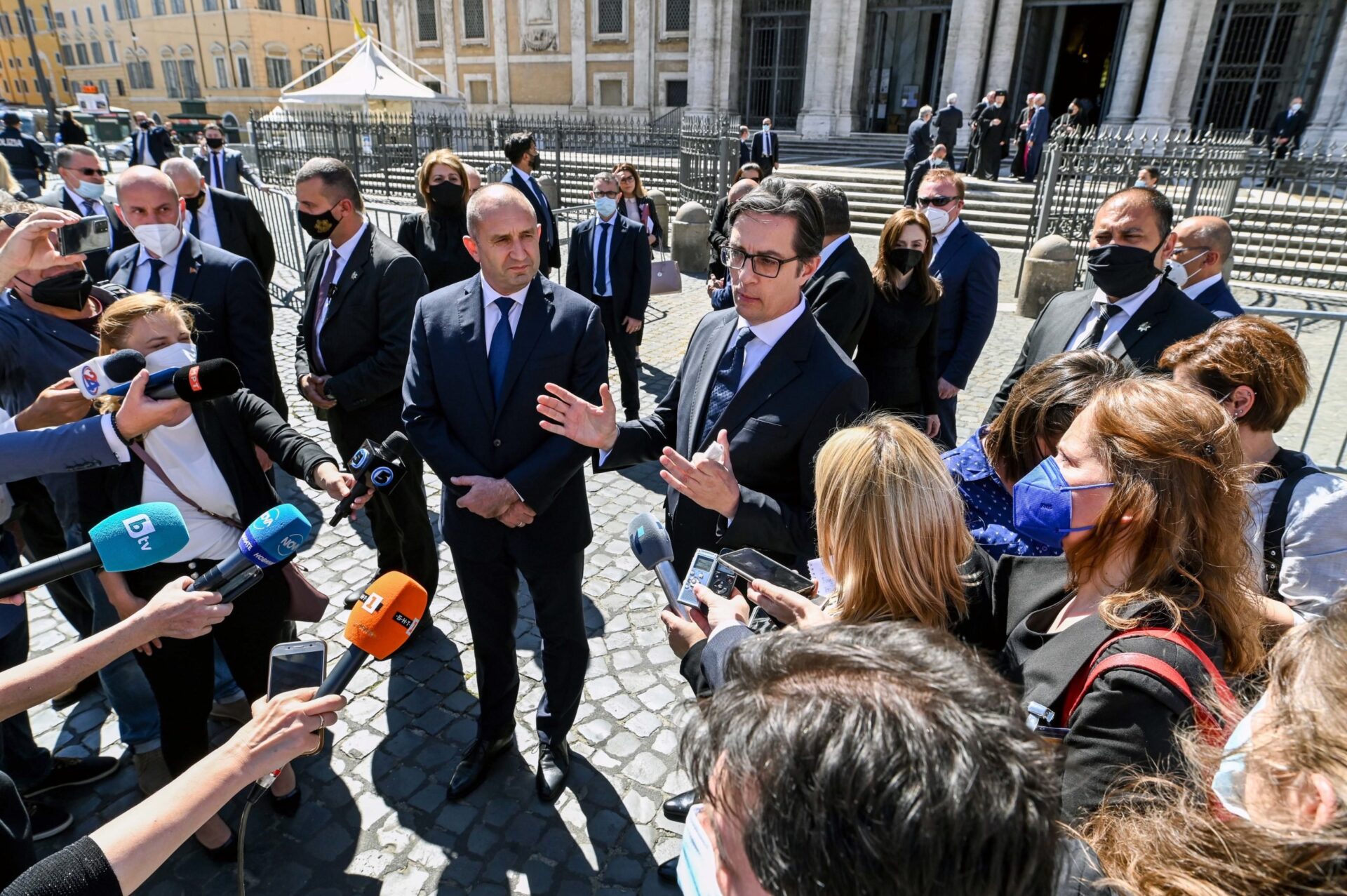 The first Bulgarian Presidency of the Council of the European Union was marked by positive expectations throughout the Western Balkans. As a high priority on Bulgaria’s foreign policy agenda, the six countries returned on the EU’s radar after being left out on the margins for more than a decade.

And yet, since the end of 2019 Bulgaria started to stray away from its traditional image of an advocate for regional cooperation. The Bulgarian government put forward stricter demands on Skopje in a framework position endorsed by the Parliament. As leaders did not find common ground, in November 2020 Sofia used its asymmetric power by vetoing the negotiation framework with North Macedonia. The Bulgarian politicians summarised their arguments in a statement that North Macedonia, as an aspiring EU member state, must deliver on its international commitments. Sofia is now contesting its neighbour’s ability to do so referring to the bilateral Treaty on friendship, good neighbourliness and cooperation signed in 2017 (the Treaty).

The ten-page treaty is a succinct document with great potential. It aims to strengthen the bilateral relations in fields like energy, transport, science, tourism, culture, to name a few and provides guarantees on the most disputable issues. It establishes a joint commission on historical and educational issues with a task to resolve different interpretations of contested historical events and figures.

Considered a diplomatic success, the Treaty lost its momentum. Apart from the joint historical commission, not much has been done in follow up. After the first year, the work of the commission stalled and agreed commitments have been rolled back by the North Macedonia side. This development is an impairment to the process. After all, bilateral relations should not rest on a historical commission solely. For them to be filled with substance, they should evolve around various fields of cooperation.

Now, Bulgaria’s key condition refers to guarantees for the implementation of the Treaty, which it wants to be anchored in the negotiation framework under an additional Chapter 35. Sofia wants the negotiation framework and other official documents to avoid the use of “Macedonian language” which it claims derives from the evolution of the Bulgarian language. This is the reason all agreements are signed in the official languages of the countries in accordance with their constitutions.

Bulgaria wants North Macedonia to give up any claims of a Macedonian minority in Bulgaria – another issue settled in article 11 of the Treaty. The name “North Macedonia” also raises concerns in Sofia as the geographical region of North Macedonia encompasses Bulgarian territories. Here as well, the provisions of the Treaty guarantee that the two countries will not have claims over each other’s territories (article 11, p.3). Lack of understanding of historical events and figures, in addition to anti-Bulgarian rhetoric in North Macedonia further aggravate the relations.

Instead of seeking win-win solutions, the negotiations between Sofia and Skopje currently resemble a zero-sum game exacerbating their intricate enough relations. Media in Bulgaria and North Macedonia alike show cases of vandalism and negative talking. This brings no positives while it satisfies populists like VMRO and VMRO-DPMNE – the main troublemakers on the two sides of the border.

Both countries share responsibility for not duly realising the potential of the Treaty which addresses all stumbling blocks. Bulgaria and North Macedonia did not establish stable links on public, private and civil society level nor did they advance on joint projects such as the finalisation of the railway connection between Sofia and Skopje. The bilateral relations fell short on substantial actions and so the Treaty was never given a chance to work out the outstanding differences.

The political landscape in Bulgaria

The lower support for Boyko Borissov’s GERB and the defeat of the nationalist parties at the parliamentary elections in April 2021 were accepted with hope in Skopje. However, this feeling of relief lasted briefly. In May, after the largest parties could not form a government, President Rumen Radev appointed a caretaker government which quickly affirmed a commitment to follow the national position on North Macedonia. This was the only logical move given there is no parliament in place and hence no change of the framework position is possible. This was reiterated by President Radev, the caretaking Prime Minister Stefan Yanev and the caretaking Minister of Foreign Affairs Svetlan Stoev during a visit in Sofia of Portugal’s Minister of Foreign Affairs Augusto Santos Silva and the Commissioner for Neighbourhood and Enlargement Olivér Várhely in an attempt to find an acceptable solution to Sofia’s conditions.

As Bulgaria is heading to snap elections on 11 July, no radical changes on North Macedonia can be expected before the formation of a new government and the presidential elections scheduled in the autumn. This does not mean that negotiations should be left to stagnate. President Radev enjoys relatively stable public support. He holds a hard line on the issue with North Macedonia and seems hesitant to change his stance. He can nonetheless have a historic chance to show maturity by engaging President Pendarovski in future endeavours such as the recent joint commemoration of Cyril and Methodius in Rome.

The scenario of another GERB-led coalition with nationalists in it remains unlikely. The short-lived Parliament witnessed the unification of the protest parties driven by widespread disapproval of GERB’s governance.

The largest protest party “There is such a people” has not officially backed the position on North Macedonia apart from social media support of its leader Slavi Trifonov. The most constructive ideas are coming from the coalition Democratic Bulgaria, more precisely by the leader of one of the parties in it – Hristo Ivanov, who adequately evaluates the geopolitical risks the blockage poses to the enlargement process per se.

Which steps should be taken?

EU’s mediation efforts cannot and should not make up for Bulgaria’s and North Macedonia’s lack of bandwidth for reconciliation. Besides, the EU would be skating on thin ice considering that more than 80% of Bulgarians do not support North Macedonia’s accession unless historical disputes are settled.

This is why both countries should strengthen their resources in creating bonds and forging partnerships. One positive recent example is the decision to open a branch of Veliko Tarnovo University in North Macedonia. Leaders must be more vocal on successful examples like this one.

Bulgaria can provide administrative and diplomatic expertise given its experience with the acquis and the accession process. If timely realised, the financial potential of the European Green Deal opens a window of investment opportunities and regional cooperation in fields like energy, digitalisation, just transition.

Monitoring mechanisms must be in place to oversight the progress and to mark lacunas. It is thus important that the Joint intergovernmental commission (established by the Treaty) meets regularly and fulfil its oversight obligations. It is useful to consider establishing expert working groups to manage the cooperation on a more micro level.

With regards to North Macedonia, Prime Minister Zaev demonstrated forward-looking political behaviour for the sake of his country’s EU future. Skopje should not give up on its progress and efforts should continue to endure the current hurdle. North Macedonia is the only country in the region that did not backslide on democracy during the pandemic in comparison to other leaders who exploited additional executive powers to manage the crisis. This was clearly seen in Serbia where Russia and China freely interfere due to clear signs from Belgrade they are welcome to do so.

It is therefore a historic moment for both Bulgaria and North Macedonia. The latter must withstand the influence of external and local actors whose interests run against North Macedonia’s EU future. Bulgaria has an opportunity to show European solidarity and a forward-looking definition of its national interest as a function of the peace and prosperity in the closest neighbourhood.

Unblocking the stand-off will depend on the goodwill of the countries to engage in a constructive dialogue and their readiness to consistently participate in it. These actions will accumulate good practices and agreements so that the next Bulgarian government can step on them to keep advancing the talks.

Depleted uranium debate in Serbia: Public has stronger opinion than the experts 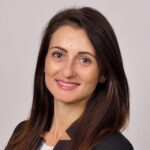