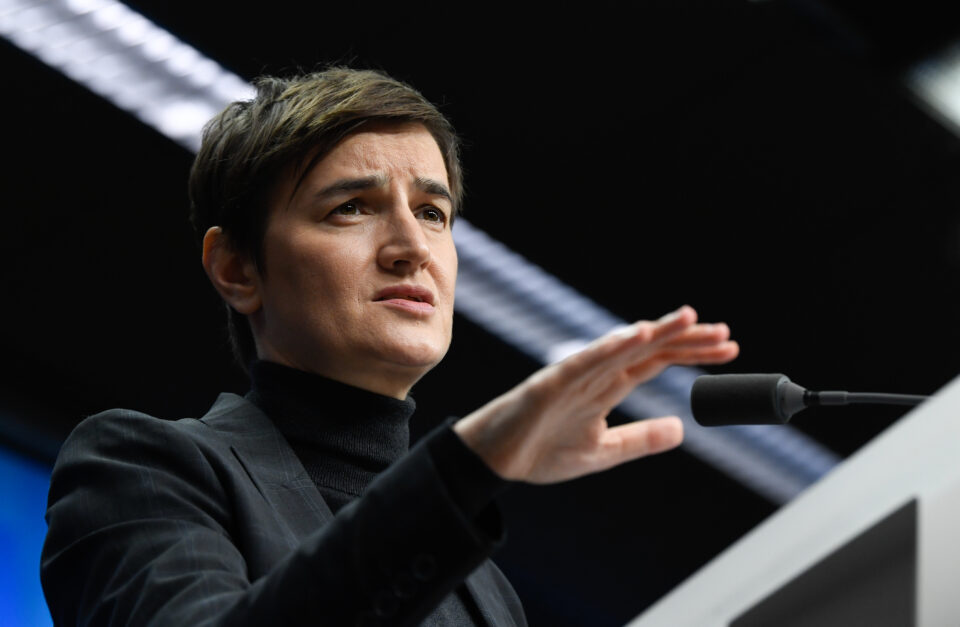 BELGRADE – The embassies of the United States, the United Kingdom, and Germany denied in a statement Serbia’s Prime Minister Ana Brnabic’s claim they financially backed the environmental protests that made the Government end its deal with the Anglo-Australian Rio Tinto mining company.

„These claims do not reflect our partnership with Serbia,“ the joint statement added.

It recalled that since the beginning of the democratic transition process in Serbia, the United States, the United Kingdom, and Germany had been among the most generous and reliable partners and friends of Serbia, providing financial assistance totaling over three billion euros.

The joint embassies’ statement said they „are clear and transparent about this assistance and our goals: support for reforms, good governance, democratic development, green transition and prosperity.

“We unreservedly reject all suggestions that our states, or organisations through which we provide technical assistance and support, finance or direct actions, especially against the Government of Serbia or any policy it pursues, which includes financing protests. This is a harmful accusation and especially difficult to understand when it comes to organisations that have been supporting and working with the Government of Serbia – and the Assembly of Serbia – on their reform programs and development of democratic institutions”, said from wester embassies in Belgrade.

Faced with protests against the lithium exploitation project, the Serbian government has resorted to rhetoric already known from Hungary and Russia, which is the labeling of non-governmental organizations as foreign agents, writes the Austrian newspaper der Standard.

“The government in Belgrade “sees a conspiracy against Serbia” in everything, the paper writes, specifying that Prime Minister Ana Brnabic recently named organizations such as the USAID, the Open Society Foundation, but also the German Heinrich Bell Foundation and the Austrian NGO River Watch for organizing and financing protests in Serbia”, writes der Standard.

According to daily, pointing the finger at foreign traitors is something that is already well known from Hungarian or Russian politics.

“NGOs are being bureaucratically harassed and defamed as foreign agents,” Standard writes, adding that Brnabic is only showing the “democratic-political state of his country”, which Freedom House, like Hungary, said was no longer a democracy but a hybrid regime “, der Standard underlined.

In defending her Government’s decision to cut ties with Rio Tinto as a result of listening to the people’s will, Brnabić accused last week western governments and NGOs of organizing and financing the roadblocks across the country at the end of last and beginning of this year.

Brnabić said that she doesn’t have the words to describe the hypocrisy of the foreigners financing the environmental organizations opposing the opening of the Rio Tinto company’s mine and their protests, adding that the biggest financiers of the protests were from the US, Great Britain, Germany and Austria such the Rockefeller Foundation, USAID, Westminster Foundation for Democracy, British Council and Heinrich Bell foundation.

Serbia’s presidential, early general, Belgrade and some local elections are due on April 3. Earlier, the authorities suffered a mild blow with the low turnout at the referendum on judiciary constitutional changes. Despite the overall result being as they wanted it, people in Belgrade and other large cities voted no.

EWB SCREENING / Aleksandra Tomanić: The EU must really decide what it wants with this region