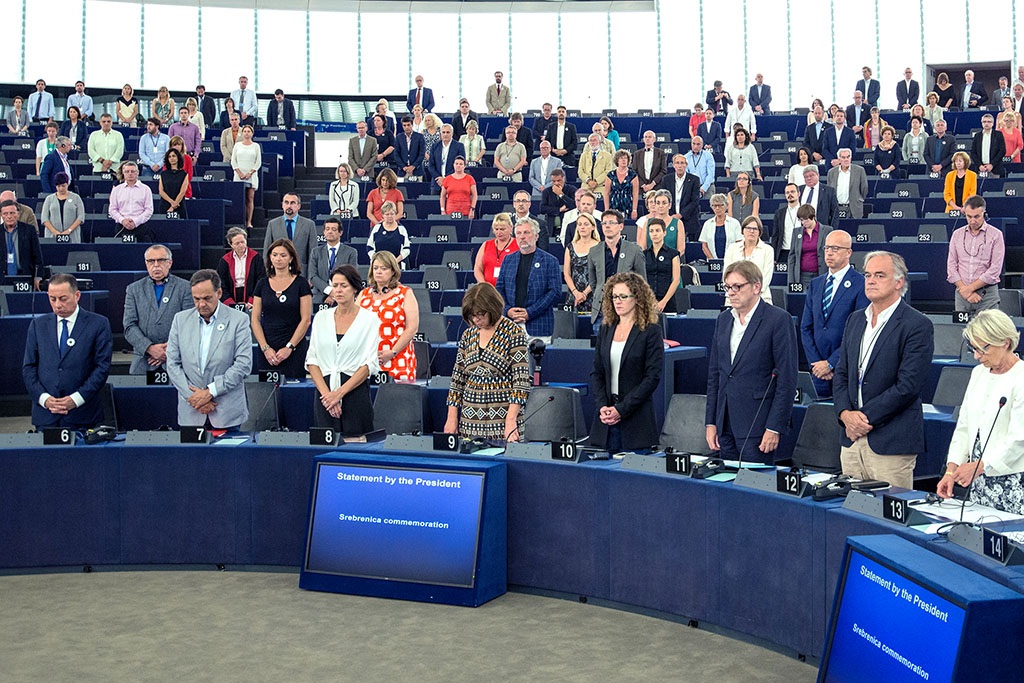 BRUSSELS, 06.07.2015. – The brutal massacre of 8,000 men and boys in the Bosnian town of Srebrenica 20 years ago was commemorated by EP President Martin Schulz in his opening address and in a minute’s silence.

This act of genocide was one of the worst war crimes in Europe since World War II. It should never have happened, and our collective failure to prevent it shames us, said Mr Schulz, paying tribute to the victims and conveying Parliament’s deepest sympathy to their families.

We shall never forget Srebrenica, because there can be no reconciliation until suffering and pain are acknowledged, said the President, noting how poisoned rhetoric and populist incitement of ethnic cleansing had paved the way for a redrawing of borders that denied the multi-ethnic and multi-faith roots of the Balkans.

We must all take care not to revive the old demons and incite such strife again, he warned.

Europe’s door is open to those who take the path of democracy and the rule of law, with a shared understanding that reconciliation is vital to security and cooperation in the Western Balkans, he concluded.

European Parliament Vice-President Ulrike Lunacek (Greens/EFA, AT) will represent Parliament at a commemoration ceremony in Srebenica on 11 July.

A resolution will be voted on Thursday, following a debate at 8.30.

Breaking News: European Parliament to discuss on Resolution on Srebrenica

Tomorrow Kurz will be visiting "Border Stone 59" near Gevgelija