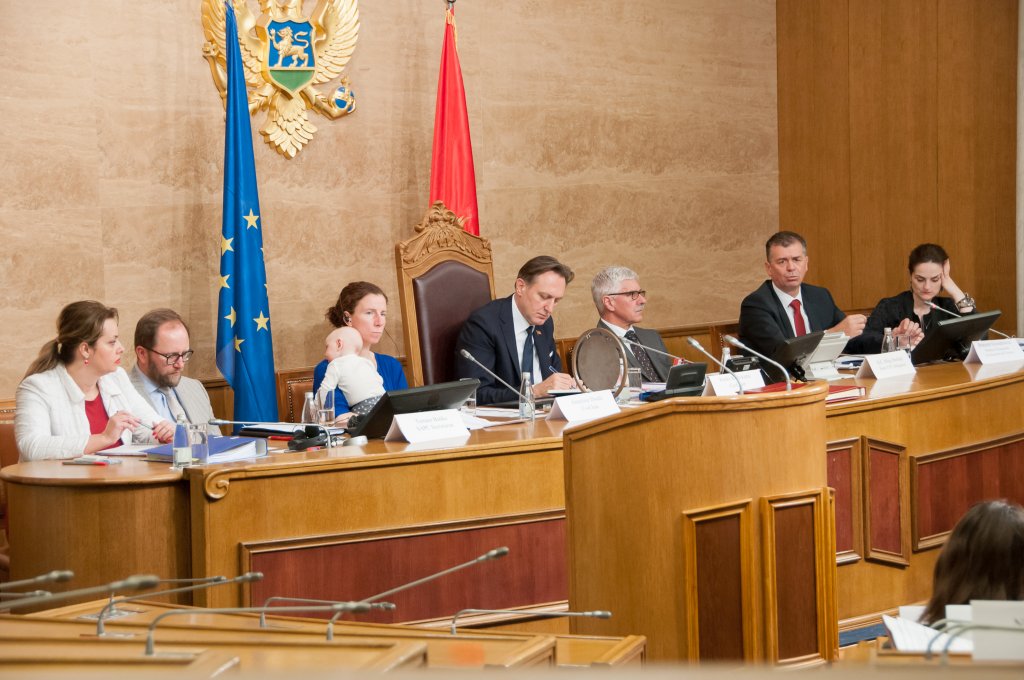 PODGORICA – The meeting was opened by SAPC Co-Chair Ms Anneliese Dodds, announcing the debate on environmental policy and energy and the fight against corruption in connection with economic development.

Minister of Tourism and Sustainable Development Mr Branimir Gvozdenović stressed that the normative framework had been established in the field of environmental protection through the enactment of laws and bylaws, in accordance with European standards, and a number of strategies to improve the current situation in the area. He expressed satisfaction with the work of structures involved in meeting the benchmarks under Chapter 27, which would, according to his expectation, result in the opening of chapters in the current year.

During the debate on the fight against corruption, they discussed the work of the Agency for Prevention of Corruption and highlighted the effectiveness of the judiciary, but also pointed out to the need for greater harmonisation of decisions of national courts with decisions of the European Court of Human Rights.

Declaration with the recommendations, adopted unanimously by the present members of the both delegations, welcomes the steady progress of Montenegro in the accession negotiations, and steps made for the purpose of improving the independence, accountability and professionalism of the judiciary. However, there is a need for devoting a special attention the issues such as: domestic violence, media freedom and effective implementation of normative framework relating to fight against corruption.

After the meeting, with the participation of two representatives of the Association of Youth with Disabilities, works on adapting the building of the Parliament of Montenegro for access to persons with reduced mobility were presented to the members of the European Parliament,

The next SAPC meeting will be held in Straosurg, at the end of the year.

Çollaku submitted to the EU the last visa liberalisation Input