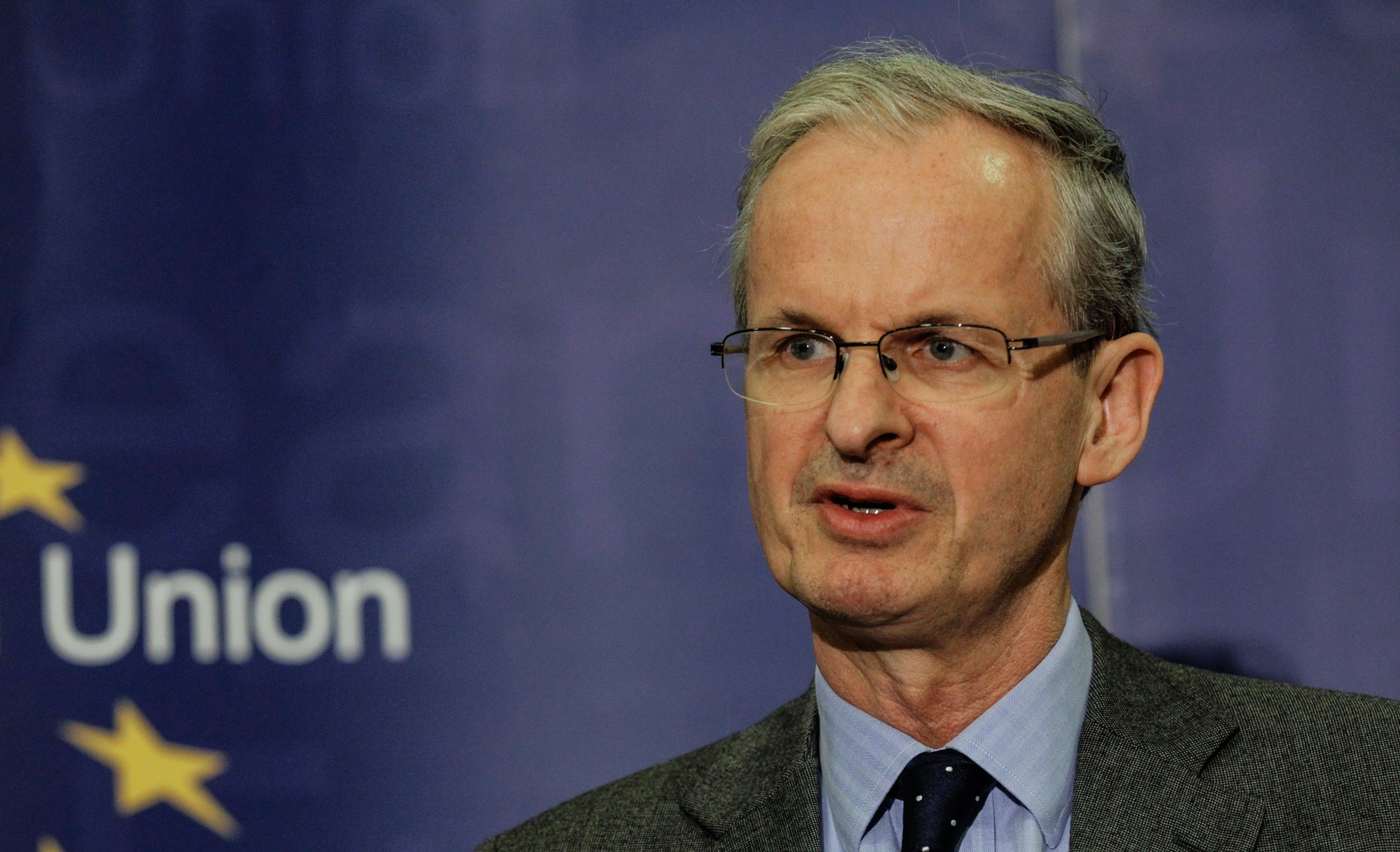 SKOPJE – Director General of Neighbourhood and Enlargement Negotiations, Christian Danielsson, visited Skopje on 26 and 27 May 2016. He had several meetings – with the Office of the Special Prosecutor, the civil society, with political leaders, and EU Member States ambassadors. He expressed to all the EU’s serious concerns regarding the situation in the country. This is not business as usual. Political leaders and the relevant authorities must urgently address this situation, in the interest of the citizens and in order to bring the country back onto its Euro-Atlantic path.

The Przino agreement is of overriding importance. The political leaders need to preserve and respect their political agreement and its core principles of rule of law, accountability, inclusiveness and credible elections. This framework remains the best way to move the country out of the current crisis.

It is imperative that the presidential pardons are rescinded. In a candidate country for EU accession there must be full accountability and equal treatment before the law. Whilst legislation has been passed allowing for this to happen, he remains very concerned that no concrete action has been taken. There can be no impunity or selective justice.

The Special Prosecutor and her team must be allowed to do their job. This is essential to ensure accountability and restore confidence in rule of law and citizens’ trust in the judicial system. He expressed continuing deep concern about the undermining of the work of the Special Prosecutor’s Office and explained that this is a red line for the international community.

All political forces now have an opportunity to implement much needed reforms and to prepare credible elections soon. Reforms need to be carried out in an inclusive manner. The Urgent Reform Priorities, which four party leaders promised a year ago to implement, must move beyond token declarations of intent.

Regarding the elections, work should now continue urgently on the well-known issues of the voters’ list, balanced media coverage, preventing voter intimidation and separating state and party activities, so that future elections can be credible.

He acknowledged and supported all peaceful efforts by civil society to ensure the necessary checks and balances.  Diversity of views and freedom of opinion are key elements of European democracy. He also stressed that the country needs more inclusive dialogue involving all sections of society.

Meetings of the MFA Poposki during his visit to Brussels