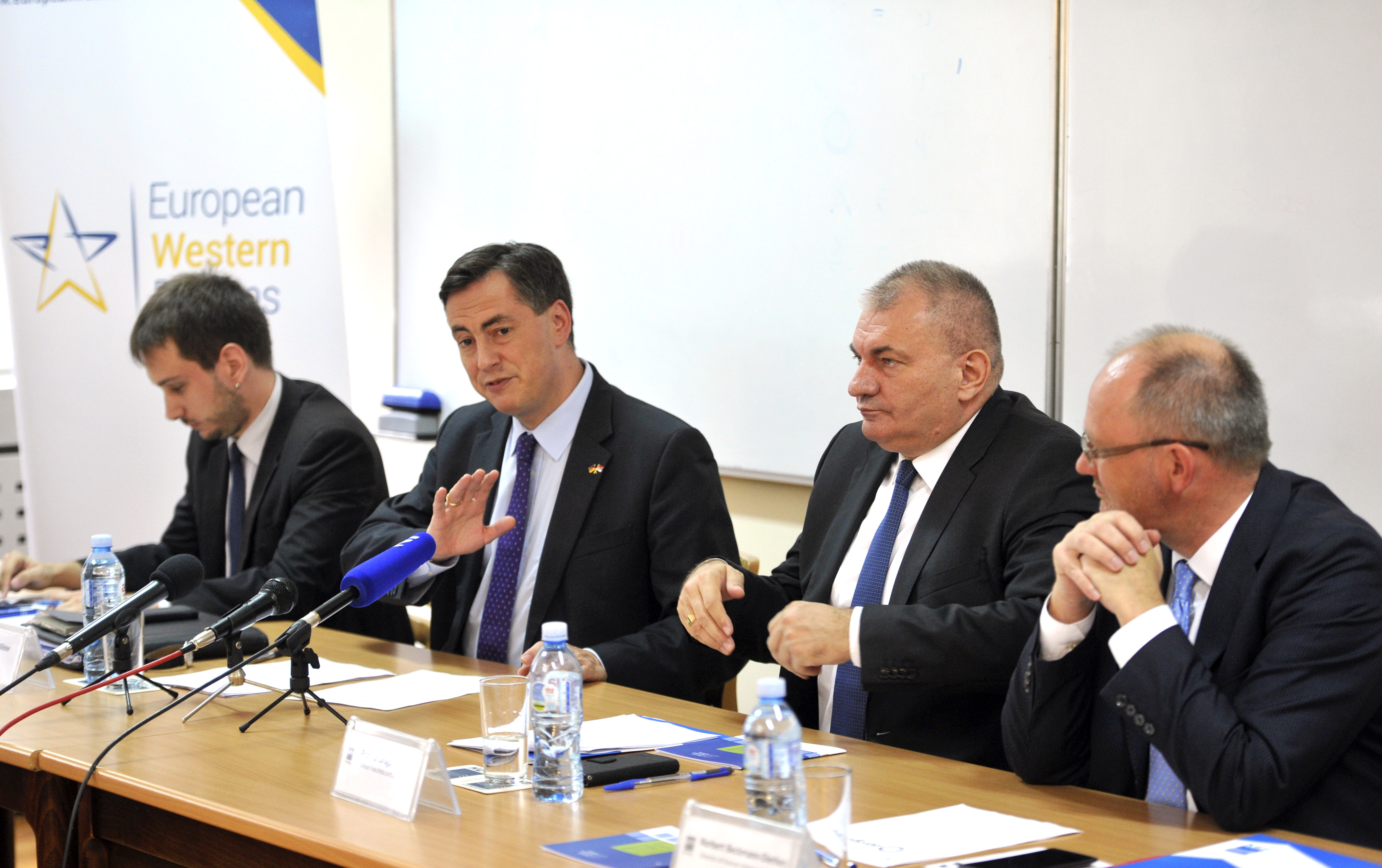 BELGRADE – Serbia has lot of friends within the EU and its institutions and they are all, including Mr. David McAllister, happy to welcome Serbia in the EU, if all the criteria are completed.

David McAllister, European Parliament Rappoteur on Serbia spoke on 14 July in the Faculty of Political Sciences, University of Belgrade about Brexit, Serbia’s accession to the EU and the issues the EU is currently dealing with. The opening statements are given by Mr. Dragan Simić, Dean of the Faculty and Mr. Nikola Burazer, Programme Director of Centre for Contemporary Politics, whereas the closing remark was delievered by Mr. Norbert Beckmann-Dierkes, Director of Konrad Adenauer Stiftung Belgrade.

Mr. McAllister spoke in front of the students and former alumnis about the essence of United Europe for the peace, freedom and prosperity. He strongly believes that the EU is more than just a single market, it is a project of peace, prosperity and it „our“ answer to challenges. „No single European countries can cope with the challenges on their own“, he added. The Member States are small and weak if compared to Russia, China and the US and, therefore, they have to stick together.

He also expressed his deep disapointment while talking about the Brexit and its aftermaths, but turned back to the statement given by Angela Merkel, saying that there is no need to be harsh to the British. They still remain a very important political and economical partner. „Therefore, it is important ot remain calm but firm“, he emphasized.

David McAllister looked back to what Serbia all did and sacrificed for the EU membership and sainf that it was not in vain. European Union is beneficial to Serbia due to the strenghtening the rule of law, making the administration more effective, strenghtening and making the civil society more visible and heard, etc. The opening of the chapters 23 and 24 was overdue but yet well deserved and Serbia should continure with the hard work.

He sent out the reassurance of commitment to the fulfillment of the promise made in 2003 in Thessaloniki.