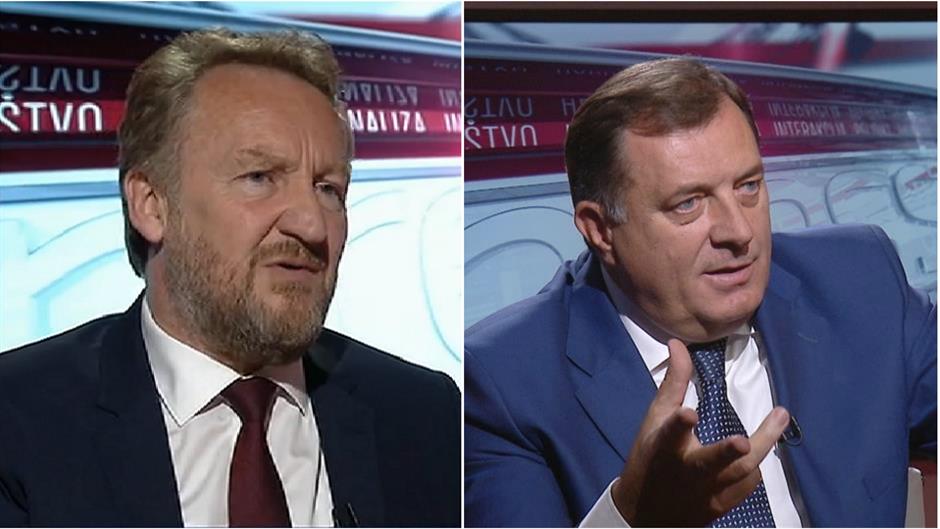 SARAJEVO – The presidents of the two leading political parties in Bosnia and Herzegovina, Bakir Izetbegović and Milorad Dodik, met on Sunday to discuss the critical issues that have been blocking the path of Bosnia and Herzegovina towards European Union. The meeting proved to be a success as the presidents signed an agreement-in principle on adjusting the coordination mechanism, as well as for credit arrangement by the IMF.

These two arrangments combined might unblock the current deadlock within the institutions in Bosnia and Herzegovina.

The signed agreement states that all the decisions adopted in different bodies of the system of coordination can be reassessed in front of a higher body within the same system, with deadline of 10 days after the decision was adopted.

In addition, when and if some of the bodies within the system of coordination do not coordinate its position in relation to certain issue, the same issue will be directed towards a higher-level body within the system, inclusive with College for European integration.

The mandatory quorum will have to consist of the members of the Council of Ministers, government of Republika Srpska, government of Federation of Bosnia and Herzegovina and its counties/cantons representatives.

In abstract, the agreement enables conensus decision-making process within the coordination mechanism which might add to its functionality and full implementation.