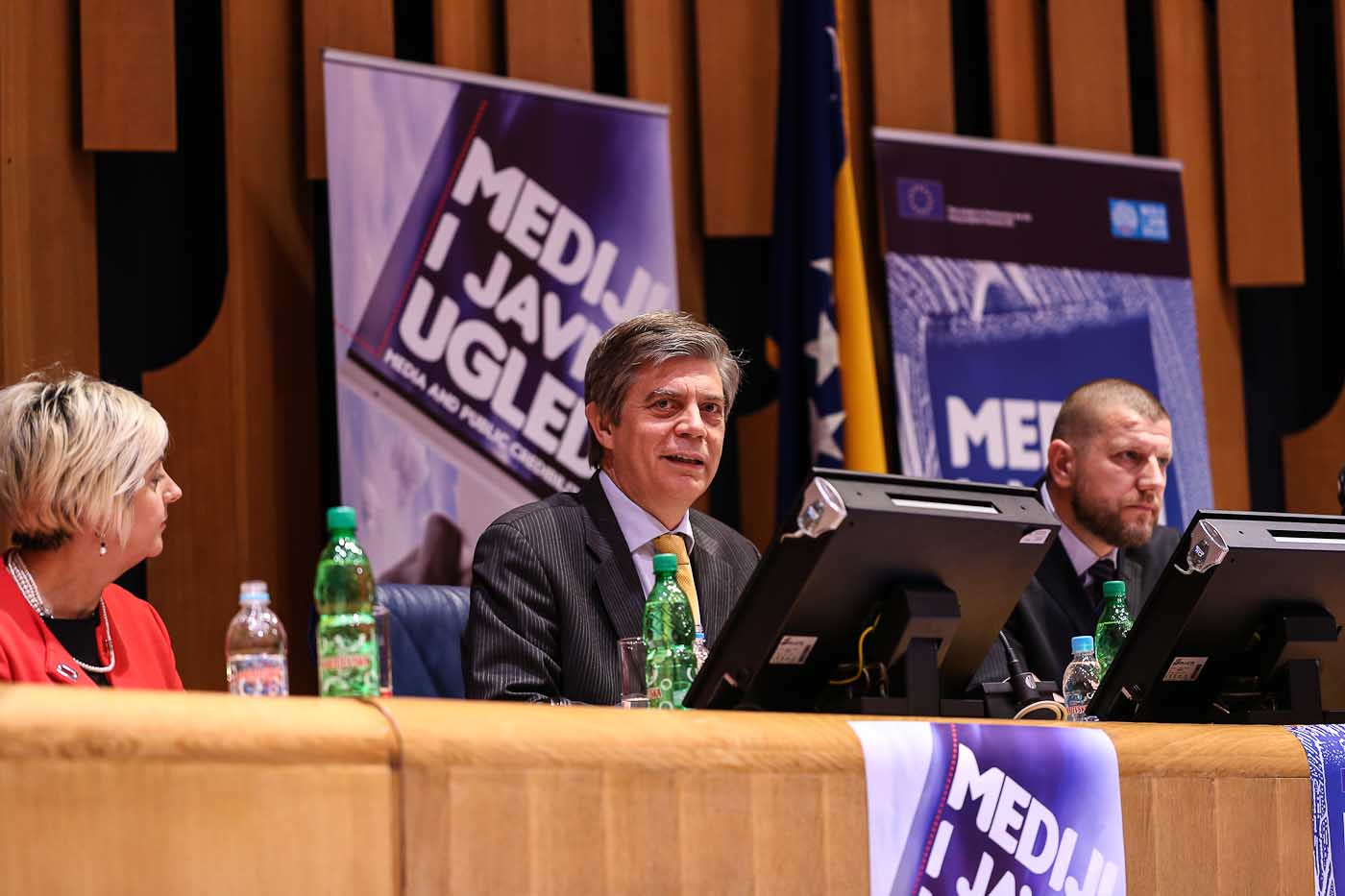 SARAJEVO – A new EU-funded project which aims to establish transparency in media ownership, media funding and advertising in Bosnia and Herzegovina was launched at a conference held in Sarajevo on 18 November. Under the title “Media and public credibility”, the project focuses on preparing the legal framework for media transparency, particularly important for the freedom of expression, protection of journalists and preventing undue pressure on media.

Ambassador Lars-Gunnar Wigemark, Head of the EU Delegation and EU Special Representative in Bosnia and Herzegovina, underlined on this occasion that the freedom of media and freedom of expression was an important condition for EU membership. “There still exists a certain legal vacuum, most importantly when it comes to the media ownership.  I hope this conference will initiate more public debates on this topic, and some concrete legislative measures will be the result”, Ambassador Wigemark said.

Ambassador Wigemark also reminded that the European Commission has, in its latest Country Report, called upon BiH to improve conditions in the area of freedom of expression and the role of the media.

“Ensuring sufficient protection of journalists and appropriate law enforcement response to cases of threats together with finalising of the reform of the public broadcasting system and adopting the appropriate legislation on the media ownership transparency, media need to be in focus of BiH authorities”, Ambassador Wigemark stated.

Ismir Jusko, Minister of Communications and Transport of BiH recognised the project as an important step on the European path of BiH, as it will include alignment with the EU standards in the field of media freedom and independence. “I strongly believe that BiH journalists and their partners will implement this project soundly and efficiently, and the BiH Ministry of Communications and Transport will be there to assist them“, Minister Jusko said.

Borka Rudić, Secretary General of the BH Journalists’ Association underlined that the objective of the legal regulation is the protection of freedom of expression, citizens’ rights to professional, fair and unbiased information and protection of media from political pressures.

“Media are advocating the transparency of governments, CSOs, the academic community and other segments of the BiH’s society, and this project aims at ensuring that they are transparent as well”, Rudić concluded.

The project “Media and Public Credibility” is worth EUR 250.000 out of which 90% is funded by the European Union. It is implemented by the consortium, composed from the Foundation Media Centre Sarajevo, the BiH Press Council, NGO JaBiHEU and the BiH Journalists’ Association.