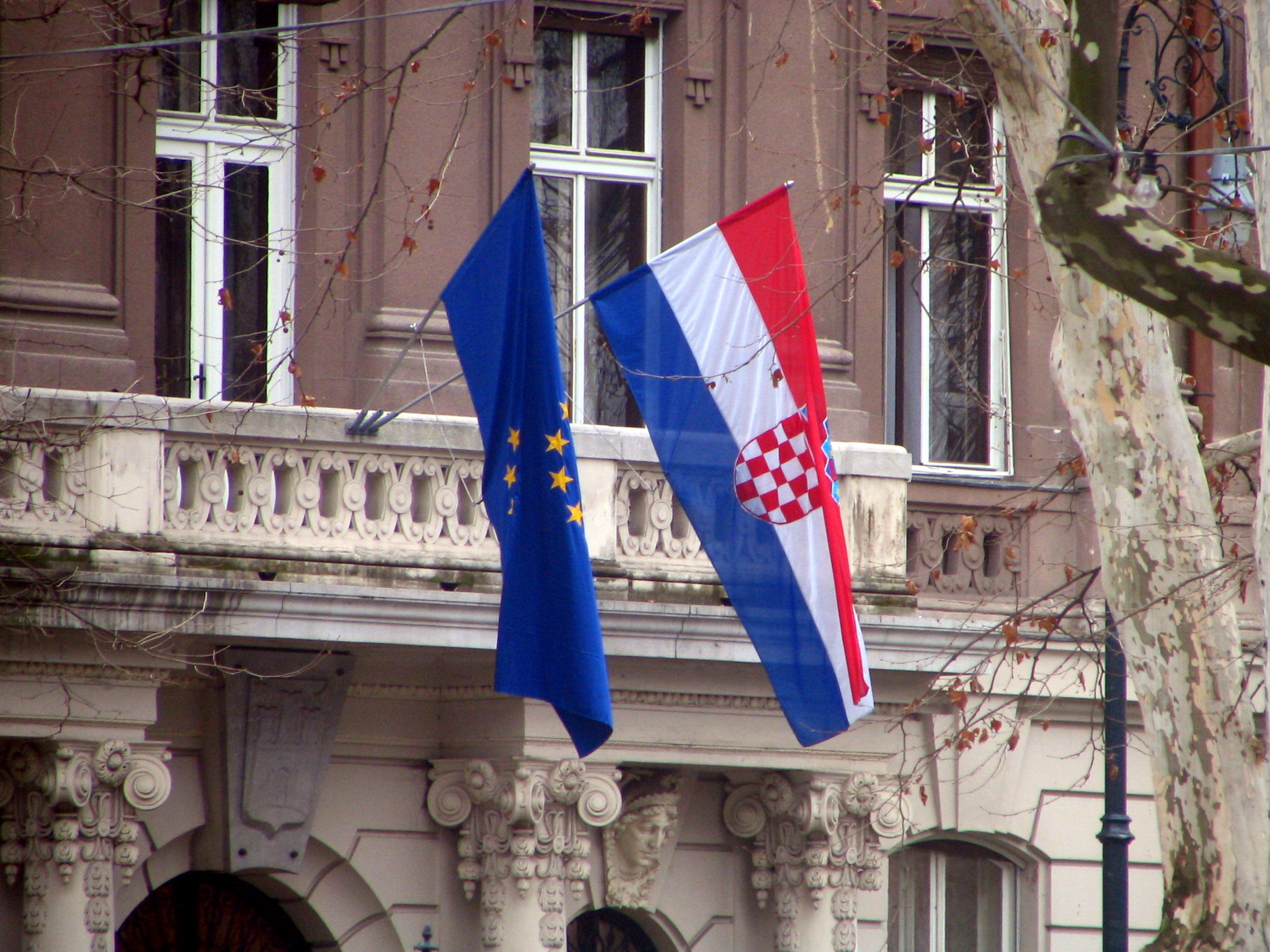 Flags of the EU and Croatia; Photo: Croatian Ministry of Foreign Affairs

“As a sign of recognition for Serbia’s achievements, we were for opening all three chapters (yesterday), including the one on education. Croatia is still a little reserved about that and should elaborate this in talks with the European Commission. I hope all three chapters will be opened as soon as possible. That will be necessary to keep the credibility of the enlargement process, notably regarding the Western Balkans”, Steinmeier said, adding that accession processes should be led in such a way that the countries which met their commitments saw that their efforts were worth it.

Stier agreed, saying the education chapter could be opened after additional talks with the European Commission. “I believe it will be opened and closed very soon, maybe at the start of 2017 already”.

Steinmeier and Stier also talked about intensifying economic relations and announced that groups of economic experts would meet in February.

Discussing the situation in Macedonia after recent elections, they voiced hope that it would stabilise soon.

Op-ed: Personalization of Electoral Campaign in Kosovo – the Missing Equality