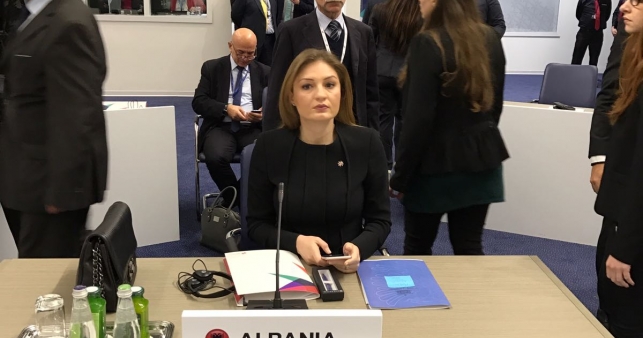 VALLETTA – Albanian Minister of European Integration Klajda Gjosha told at meeting of ministers and secretaries on European Affairs in Malta that the continued commitment to supporting the EU enlargement policy with the Western Balkan countries is crucial to the region’s stability and the security of Europe, reports ATA news agency.

The meeting of ministers and secretaries of European affairs marked the assumption of the rotating presidency of the Council of the EU by Malta. The meeting focused on the priorities of the Maltese presidency and the challenges facing Europe today. Flows of migrants from the Middle East, European security issues, strengthening the single market and social inclusion are some of the main priorities of the Maltese Presidency, ATA states.

During the meeting, representatives from the EU member states and the aspiring countries discussed solutions and mechanisms for the future of Europe.

The EU enlargement policy is another top priority for the Maltese presidency and it directly concerns Albania and other countries in the region that aspire to join the bloc.

“Enlargement Policy support helps stability in our region, but also the security of Europe itself,” Gjosha said in her remarks during this meeting, reports her Ministry’s press office.

In this context, Integration Minister stressed that Albania should be given the opportunity to dialogue and negotiate with the European Union in order to move forward with the integration process.

“I also hope that this year you will consider an interim report on Albania, which will allow the country to open the accession talks with the EU,” Gjosha said in a speech.