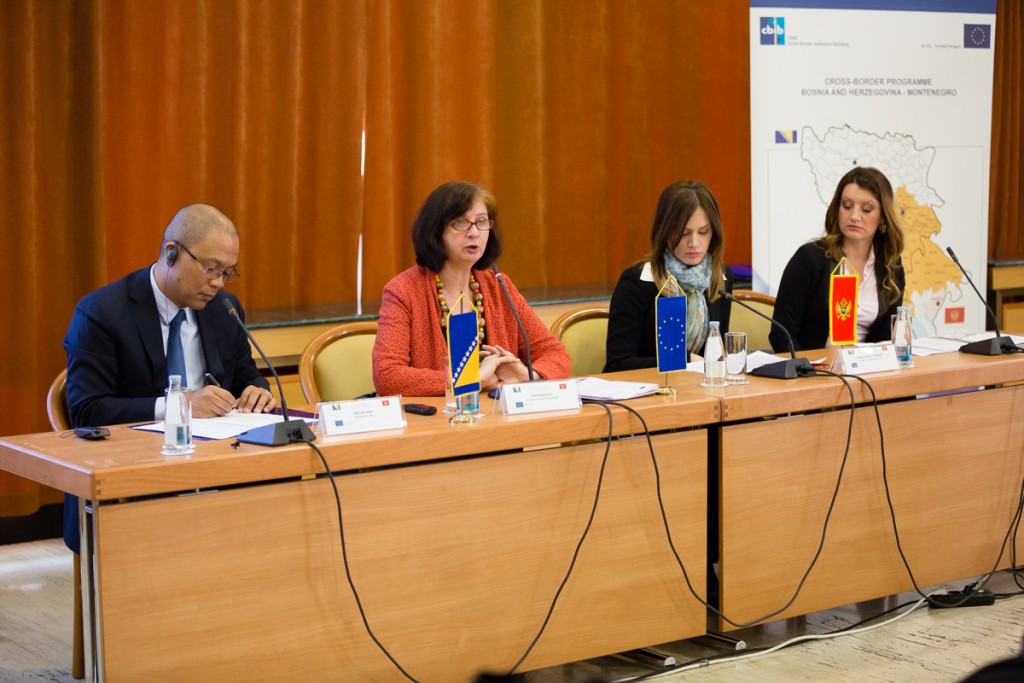 SARAJEVO – The IPA Cross-border Cooperation (CBC) Programme Bosnia and Herzegovina – Montenegro 2007 -2013 saw its final conference on February 21 in Sarajevo, Delegation of the European Union to Bosnia and Herzegovina reported on their website. During seven years, the Programme covered 69 municipalities in the two countries and a total of 35 projects were implemented in the Programme territory in the areas such as tourism development, rural development, fire prevention, inclusion and social protection. The total funds available within the Programme was around EUR 9,3 million.

On this occasion Melvin Asin, Head of Cooperation at the Delegation of European Union to Bosnia and Herzegovina underlined that the establishment of good neighbourly relations is of great importance in terms of joining the EU.

“Cross-border cooperation is part of EU regional policy aiming at providing support in order to reduce the differences at the development level of different regions as well as to support social cohesion. The Programme targets to deliver benefits to communities and to boost and sustain their social and economic development”, Asin said.

Head of Cooperation Asin also reminded that number of applications kept increasing with every call for proposal, adding that: “All the applicants have learned a lot about the implementation of the projects in accordance with EU rules and procedures, and acquired new knowledge and skills that are applicable beyond the projects. Moreover, they gained insight on developing partnerships in projects to connect communities from two sides of the border”.

Zara Halilović, Assistant Director at the Directorate for European Integration of Bosnia and Herzegovina commended the cooperation of all the parties involved in the Programme.

“Cooperation was based on the needs and interests of local communities, which is why we have met the specific needs of municipalities. Moreover, the development of all necessary Programme documents, public calls, contract awards and implementation was successful and without any major obstacles”, Halilović concluded.

Ivana Glišević Đurović, Acting General Director of the Montenegro Ministry of European Affairs, expressed satisfaction with the interest in the Programme from both sides of the border.

“Interest in this Programme has increased in relation to the available funds, as we received three times the greater number of applications than those approved”, Glišević Đurović said.

The participants also had the opportunity to see the presentations of three projects implemented within the Programme, namely the Establishing Via Dinarica – a Preface to Regional Cooperation Platform, Let’s Save Our Rivers and Anti-Dope Ambassadors projects.

Nikola Misković, a psychologist from the Montenegrian NGO ‘Preporod’ worked on the Anti-Dope Ambassadors project and found CBC as a perfect tool to expand good practices beyond the country border.

“Together with our BiH partners we implemented the latest methods in prevention of misuse of psychoactive substances among the youth in both BiH and Montenegro and we will build up on it in the future, regardless of the Cross-border Cooperation Programme”, Mišković added.

The new phase of the Programme for the period of 2014 – 2020 worth EUR 8,9 million has already commenced and will support:

The IPA Cross-border Cooperation (CBC) Programme between Bosnia and Herzegovina and Montenegro is aimed at resolving the joint challenges of local communities in the border area.

More information on the Programme is available on the CBC BiH-MNE web page: www.cbc.bih-mne.org