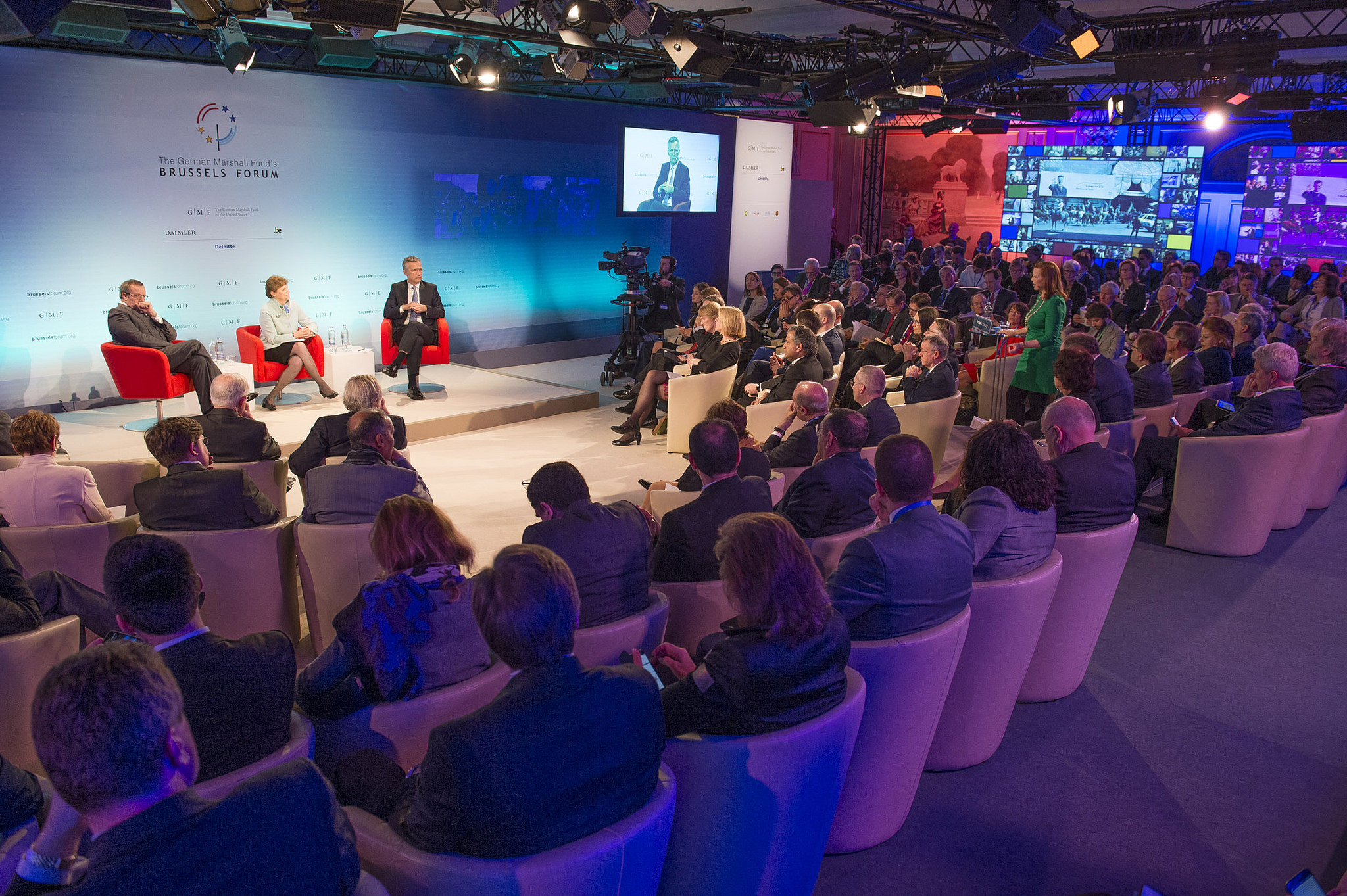 BRUSSELS – Under the theme of the End of Complacency – Era of Action?, GMF’s Brussels Forum, the signature conference of The German Marshall Fund of the United States (GMF), will convene at the Steigenberger Hotel in Brussels March 23-25.

GMF’s Brussels Forum theme is End of Complacency – Era of Action? The transatlantic alliance and its partners find themselves at a crossroads. The continuing flow of refugees and migrants to Europe, as well as the U.K.’s vote to leave the European Union are challenging the closest allies of the United States. Both sides of the Atlantic are struggling with uneven economic growth, inequality, terrorist threats, a revanchist Russia, and an unstable Middle East. This, combined with rapid social and technological change, is fueling uncertainty, frustration, and inward-looking sentiments on both sides of the Atlantic.