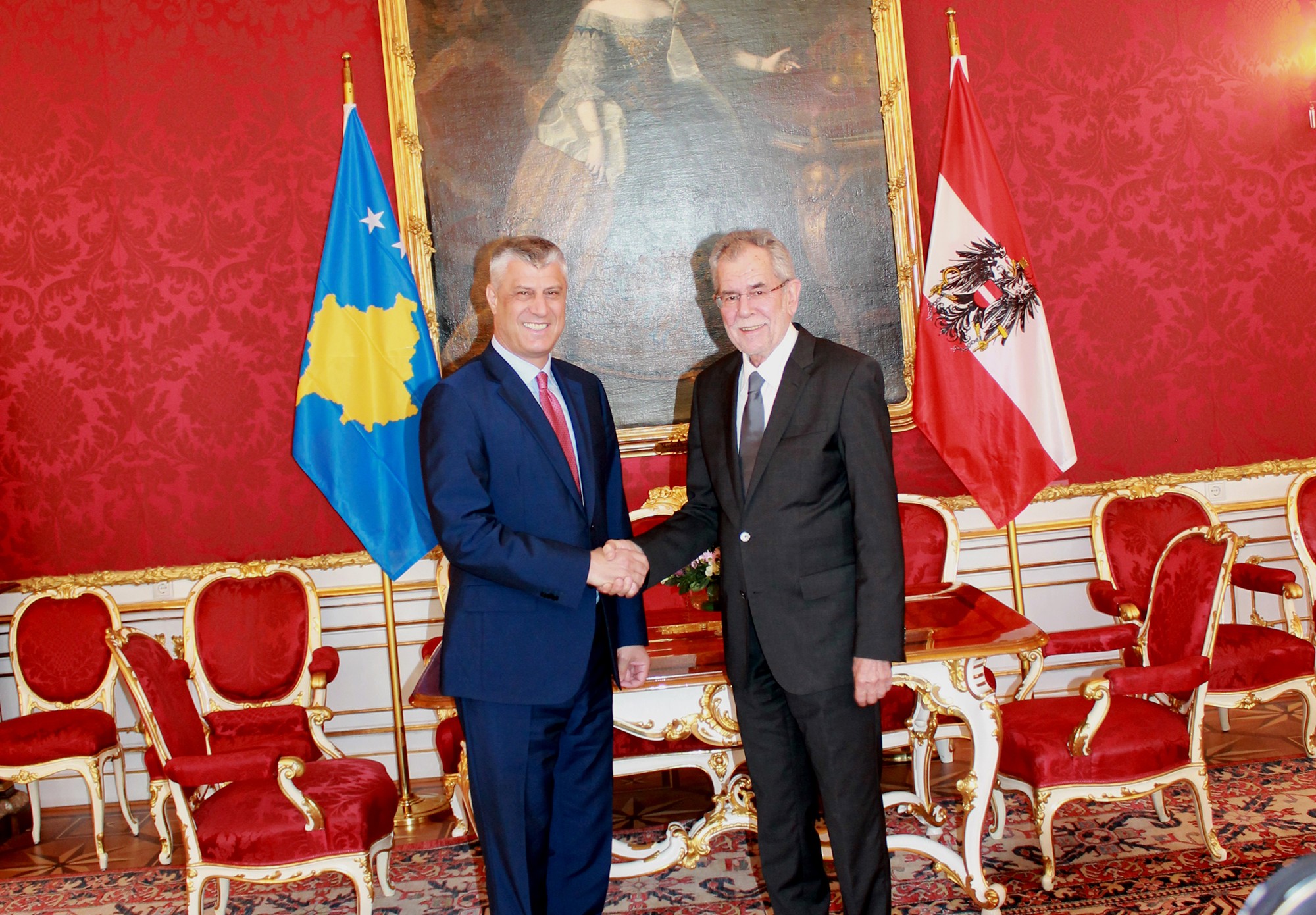 VIENNA – President of Kosovo Hashim Thaçi met Monday with the President of the Republic of Austria Alexander Van der Bellen at the Hofburg Palace in Vienna, with whom he talked about the deepening of the bilateral relations, the enhancement of regional cooperation and the intensification of the Euro-Atlantic agenda for Kosovo, Office of President stated.

“Austria has been among the main supporting voices for Kosovo before the war, during the war and after the war. Today, it is one of the main investors in Kosovo. We want to deepen our cooperation even further”, said Thaçi

Speaking about the region, Thaçi said that Kosovo has excellent relations with the neighboring countries, while with Serbia it is involved in the process of dialogue which should bring full normalization of relations, inter-neighborly cooperation and reconciliation between the two states.

Speaking about the EU, he said that EU delays are the main concern for Kosovo and all the countries of the Western Balkan region.

“We are not looking for a confrontation with the EU, but for a sincere and strategic dialogue, which will bring the as quick as possible integration of the region into the EU”, stated Thaçi.

On the other hand, the President of Austria, Alexander Van der Bellen has said that Austria will continue supporting Kosovo.