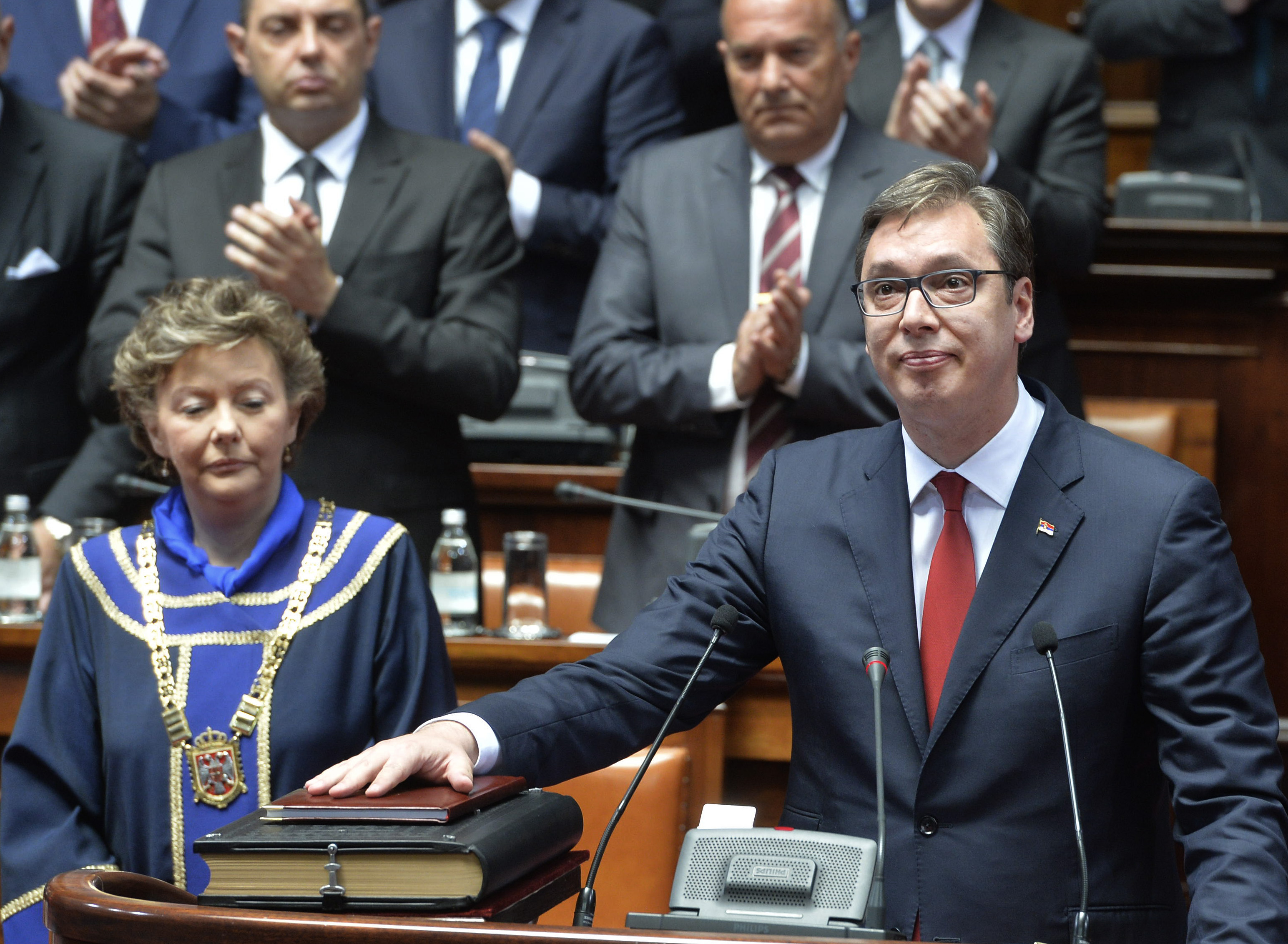 BELGRADE – Aleksandar Vučić on Wednesday took his oath of office as president of Serbia.
He took the oath in the Serbian parliament, with his hand on the Serbian Constitution and a replica of Miroslav’s Gospel.

“I swear that I will devote all my strength to maintaining the sovereignty and integrity of the territory of the Republic of Serbia, including Kosovo-Metohija as its integral part, as well as to the exercise of human and minority rights and freedoms, respect and defence of the Constitution and the law and to maintaining the peace and well-being of all citizens of the Republic of Serbia, and that I will fulfil all my duties in a conscientious and responsible manner,” Vučić said in the oath.

Vučić was elected president in the first round of the April 2 elections after winning around 56 percent of the vote.